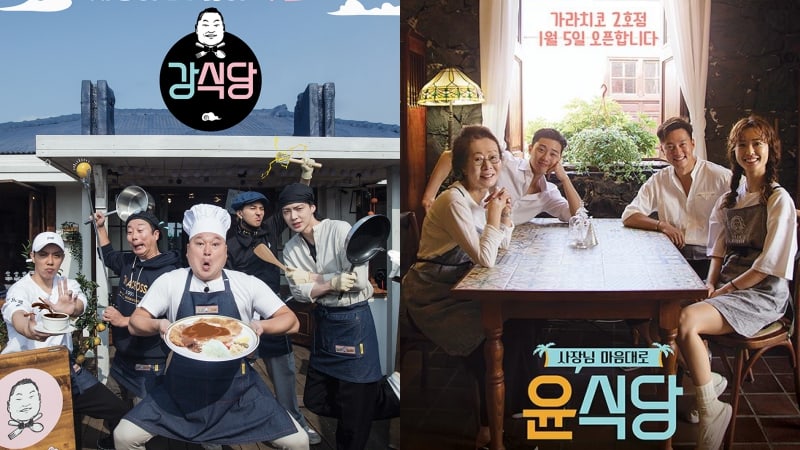 On January 15, CJ E&M released the results of the Content Power Index (CPI) rankings for the first week of January (January 1 to 7).

The Content Power Index ranks TV shows based on their overall popularity and influence on consumer behavior. Factors such as the number of searches, news subscriptions, and social media buzz are analyzed to determine the rankings.

tvN’s “Kang’s Kitchen” took first place with 257.7 points and tvN’s “Youn’s Kitchen 2” came in second with 243 points for this week. Both shows, which are created by producing director Na Young Suk and offer similar content, ended up having a synergy effect in each other’s success.

The top 10 shows ranked by CPI are as follows: 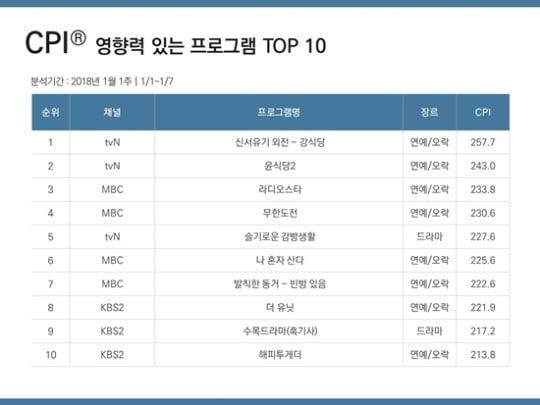