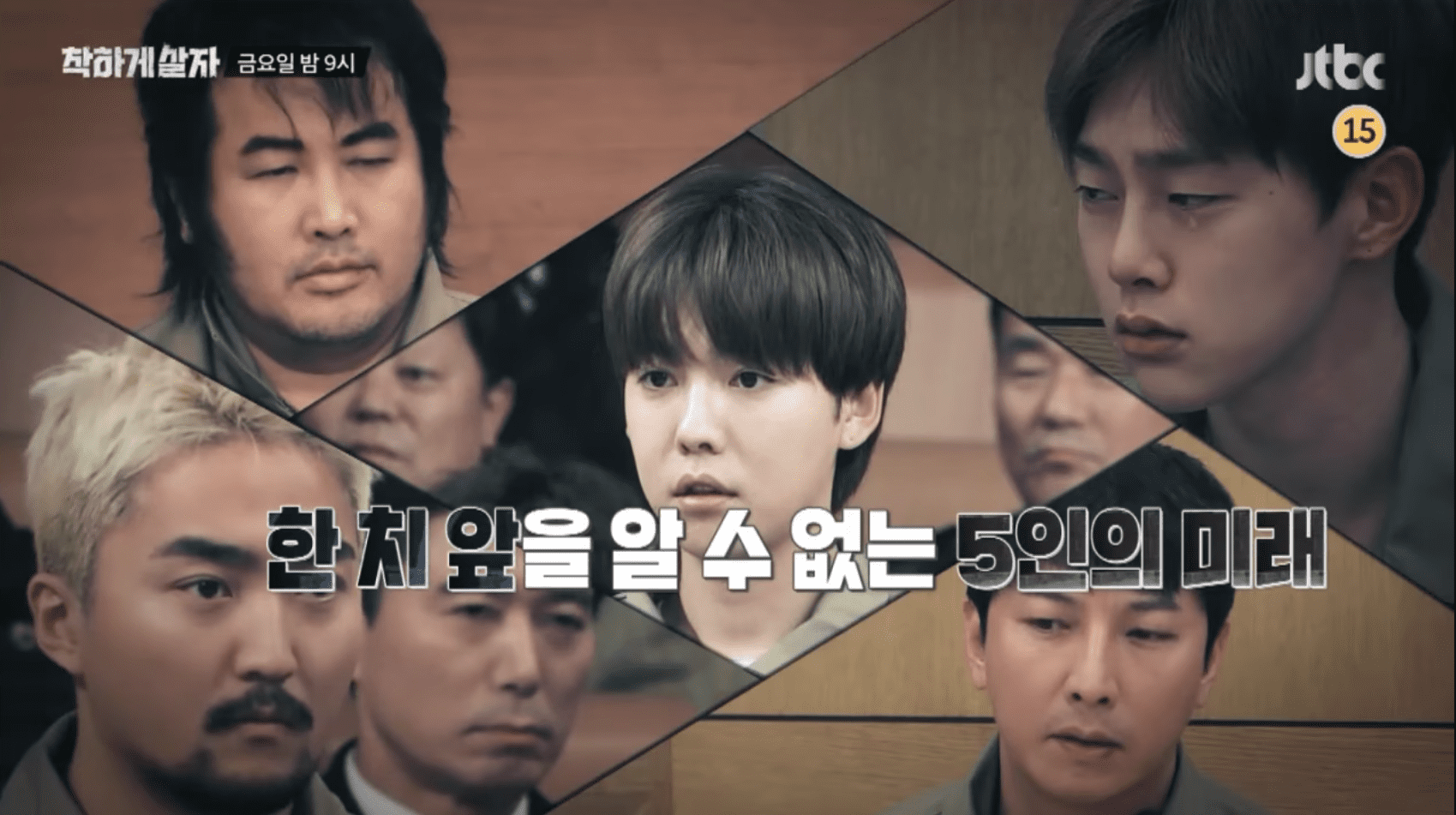 A new preview for JTBC and YG Entertainment’s new prison variety show has the cast getting intense and emotional.

In the preview, the cast can be seen getting emotional as they stand trial, hoping to be proved innocent despite new “evidence” being brought in front of the court. Many of the cast start shedding tears with the intensity of the moment.

In a press conference held for the show on January 18, the cast all said, “It was hard” and “I don’t want to go back” and “I’m going to live kindly from now on.” The producing director said, “We were concerned about how it would appear, but we didn’t glamorize or caricature [prison life]. It’s not a laugh-out-loud show like normal variety programs, but will have a solemn atmosphere. There are comedic moments that come out from the irony of the situation, but it’s not a normal variety show where we fool around.”

“Let’s Live Kindly” will premiere on January 19 at 9 p.m. KST. Check out the preview below:

jtbc
Let's Live Kindly
How does this article make you feel?