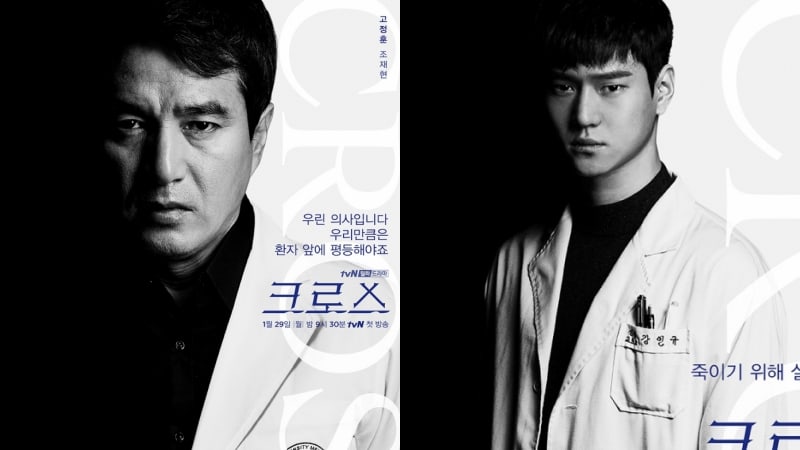 tvN’s upcoming medical drama “Cross” has released a series of individual posters for each character.

“Cross” tells the story of a genius doctor named Kang In Kyu (Go Kyung Pyo) who seeks revenge, and a humanistic doctor named Go Jung Hoon (Jo Jae Hyun) who embraces everything, including Kang In Kyu’s rage. Jun So Min is taking on the role of the charming hospital intern Go Ji In, the only daughter of Go Jung Hoon. 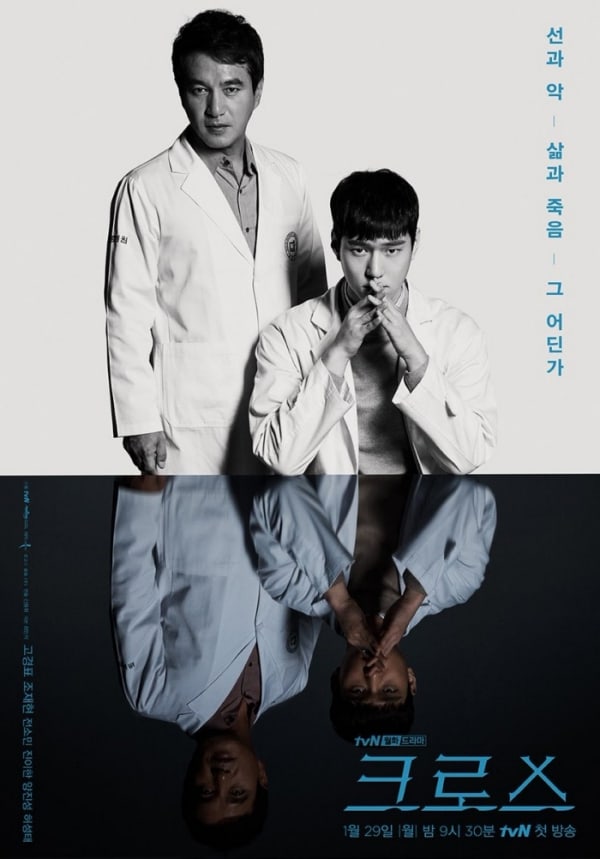 Go Kyung Pyo plays the role of Kang In Kyu, a vengeful doctor with extraordinary capabilities. The caption on his poster reads, “I have to save him to kill him.” 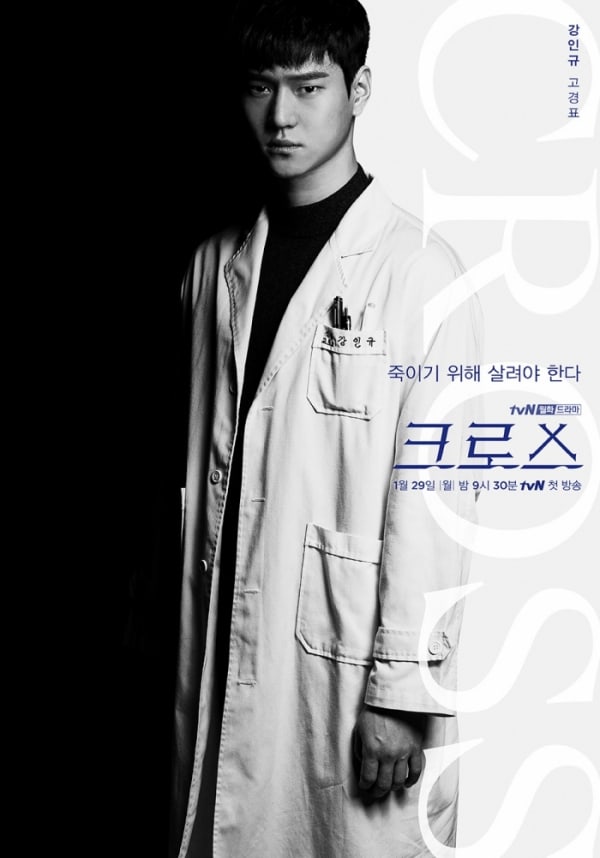 Jo Jae Hyun plays Go Jung Hoon, the head doctor of an organ transplant center whose top priority is the welfare of his patients. Although he is the head of a medical center, he is neither power-seeking nor overly ambitious. Accordingly, his caption reads, “We are doctors. We, at least, should be fair when facing patients.” 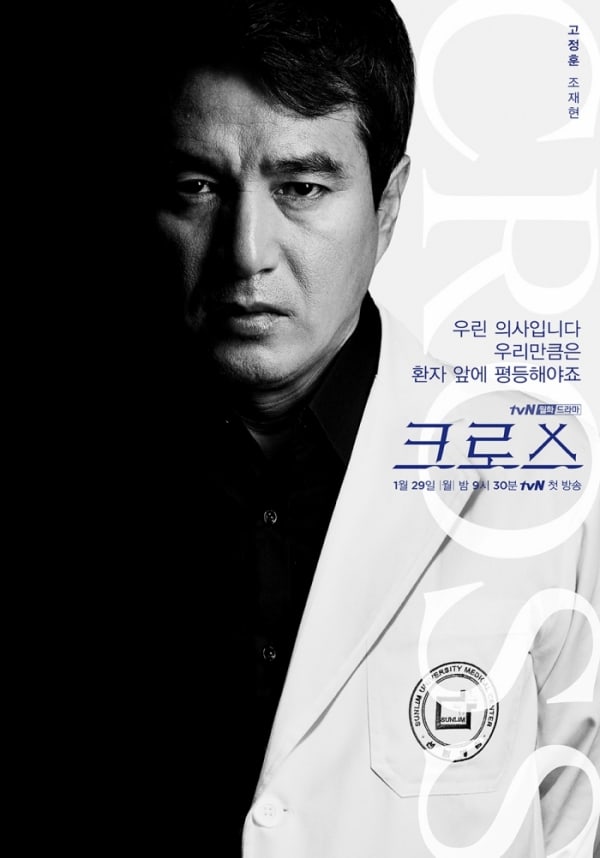 “I grew up without knowing things like unconditional obedience or hierarchy.” Jun So Min plays Go Ji In, an optimistic transplant coordinator who always sticks to her principles. 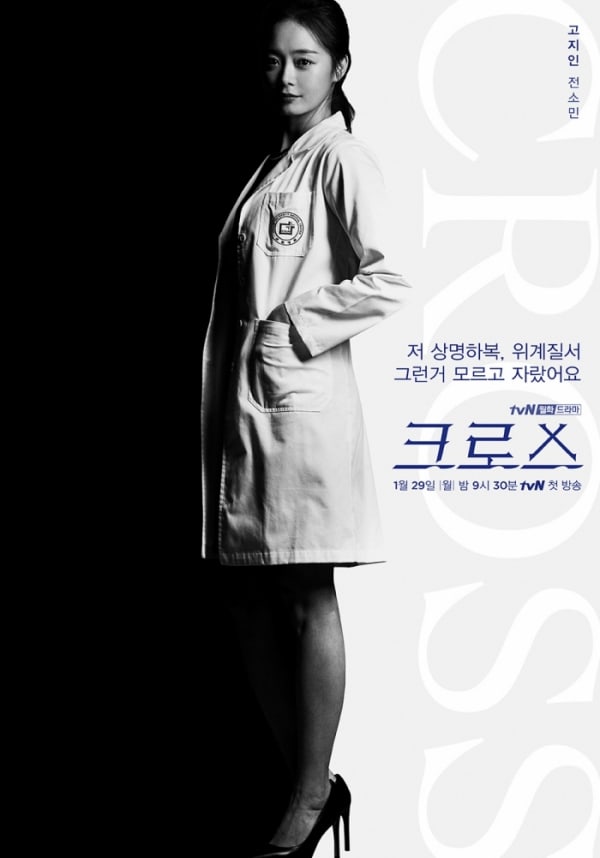 Individual posters of Heo Sung Tae, Yang Jin Sung, and Jin Yi Han were also released. Heo Sung Tae takes on the role of Kim Hyung Beom, who is serving time in jail for murdering Kang In Kyu’s father, while Yang Jin Sung plays a doctor full of responsibility and benevolence, Son Yeon Hee. Jin Yi Han is in the role of Lee Joo Hyuk, a doctor who specializes in organ transplants. 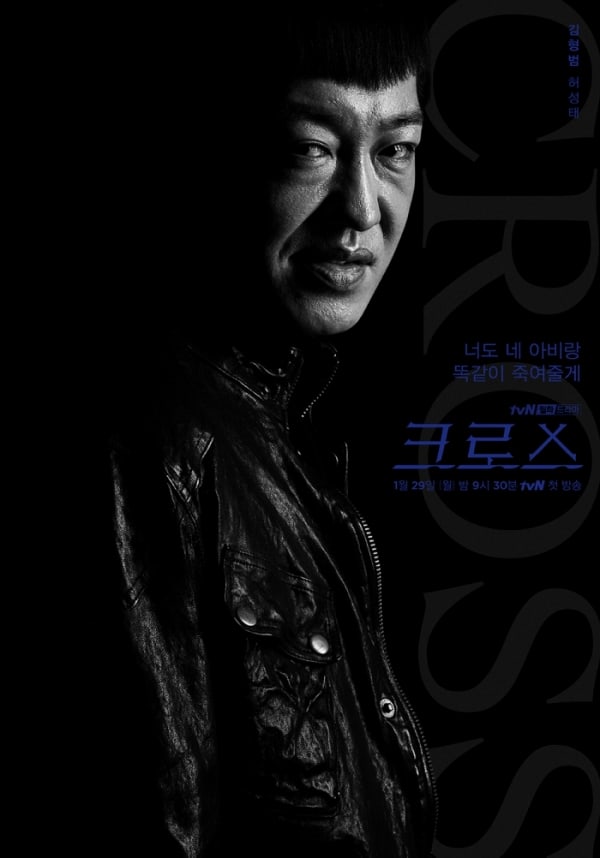 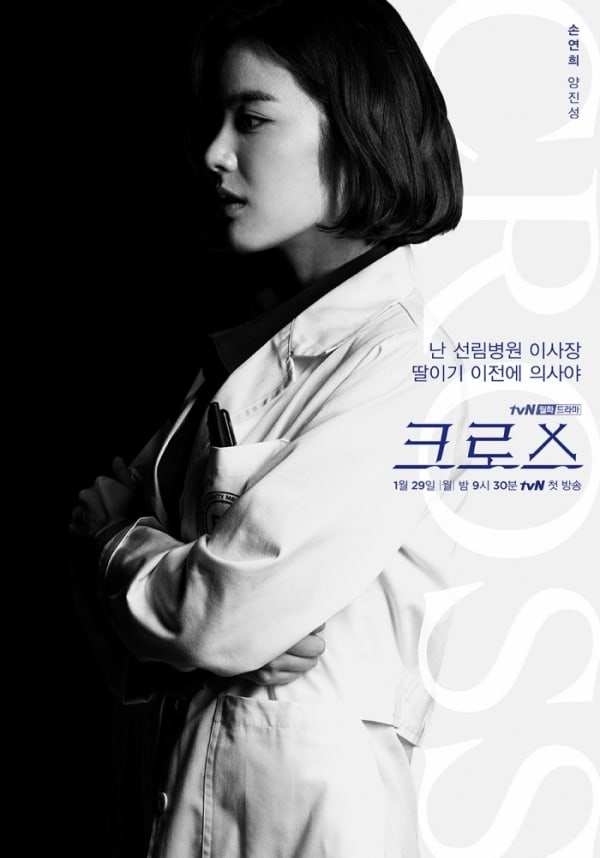 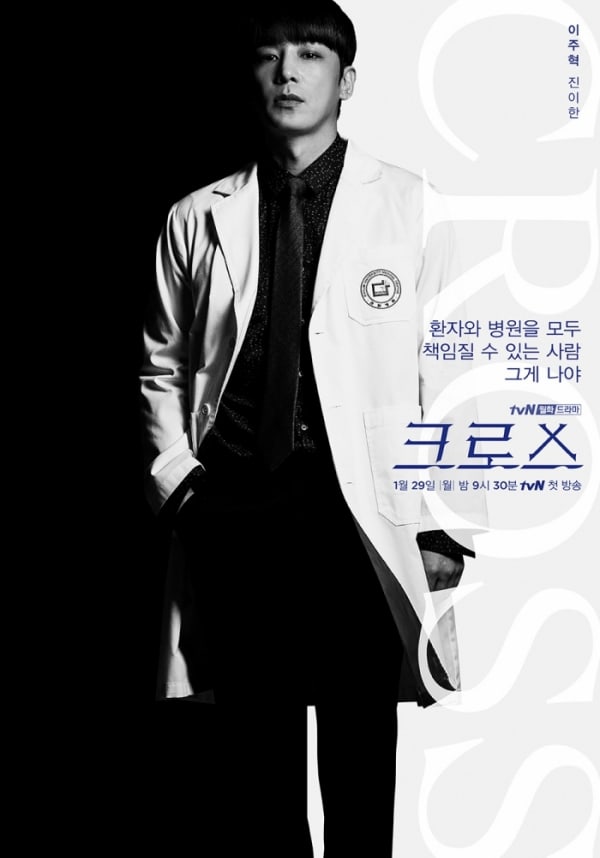