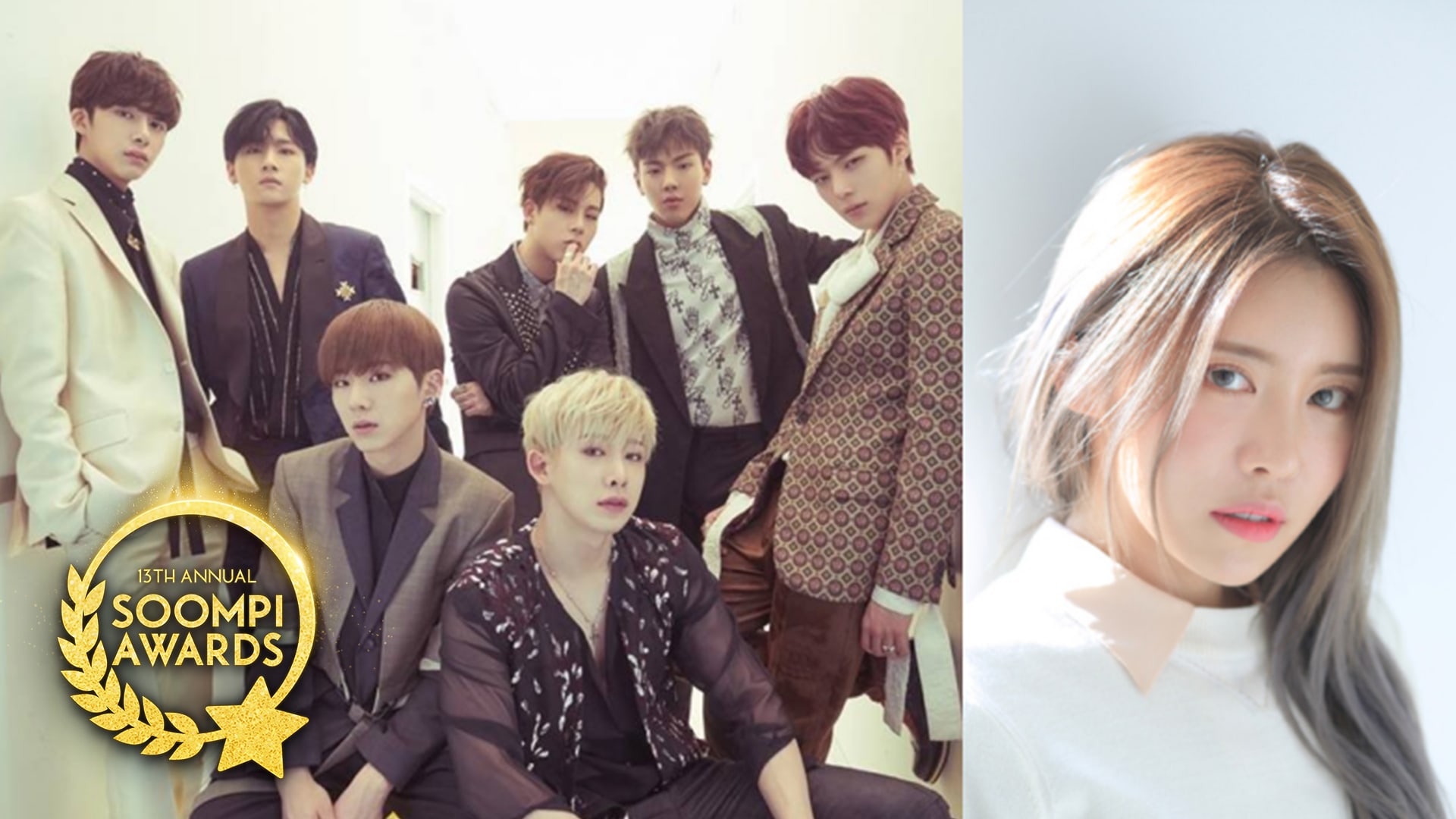 15 Of The Most Stan-Worthy Breakout Artists From 2017

Looking back on 2017, it was a year when many new up-and-coming artists took the stage. More people are debuting than ever before, so it’s increasingly difficult to stand out in the crowd. Despite such difficulty, the following 15 artists somehow made their way into the public eye, and gained a few fans while they were at it. Here’s why it’s worth stanning all these awesome people:

Heize is a multi-talented artist who doubles as a singer and rapper. Since appearing in “Unpretty Rapstar Season 2,” she has gone on to release an extensive discography, including her 2017 album “You, Clouds, Rain” and “Round and Round” from the critically-acclaimed “Goblin” OST. One thing that all Heize fans adore is her pure love for all things Olaf, and she’s incredibly beautiful to boot!

This indie singer popped up on many people’s radars recently because of the smash hit song “Wine” that was released this past summer. The track gained initial attention because it was produced by BTS member Suga, and later achieved enormous success on digital charts. Her unique and enchanting vocal tone is her trademark, giving all her songs a soft, gentle vibe.

After appearing on the hit survival show “Produce 101 Season 2,” the members of NU’EST skyrocketed in popularity, despite having struggled to gain recognition since their debut in 2012. With member Hwang Min Hyun being busy in Wanna One until the end of the year, the four remaining NU’EST members formed the unit NU’EST W to do activities in the meantime. They returned with the single “Where You At,” which signaled a triumphant comeback beyond anyone’s expecations. The members each have their own interesting charm, and they all excel in variety and music.

This 13-member girl group co-managed by Starship and Yuehwa Entertainment has a unique concept that makes them stand out; each member represents one of the zodiac. In 2017, they released their first full album with the title track “Happy.” They are fan favorites for rising star awards; they have won several times at various award shows. For any fan of Cosmic Girls, they know that the group’s greatest strength is how upbeat and infectious each member is.

Looking at their accomplishments in 2017, it becomes evident that NCT is a group that is on the rise. NCT 127 was the first Korean artist to be introduced in Apple Music’s “New Artist of the Week” list, and the first to be invited to the brand’s “Today at Apple” event in New York. The group has gained attention with their eye-grabbing choreography, their multi-national members, and their Western-influenced sound that truly packs a punch.

MONSTA X is no stranger to the K-pop scene, particularly when it comes to the international fanbase. With their increasing popularity, the MONSTA X members were able to tour around Asia, North America, and Europe this past year. 2017 was also the year in which the group finally achieved their first win with “Dramarama,” which had the members overwhelmed with emotions. Ultimately, MONSTA X is a stan-worthy group because of their powerful image, dorky off-stage antics, and hardworking nature.

Since their debut in 2016, ASTRO has been known as a group with a cute and innocent image. However, lately they have shown signs of maturing into some fine gentlemen. 2017 was the year ASTRO began holding solo concerts both domestically and abroad. In fact, they will even be having an American fan meeting this coming February. When you think of ASTRO and watch their performances, you can’t help but smile.

Introduced as SEVENTEEN’s sister group, PRISTIN came onto the scene with their bubbly energy and bright visuals. Despite having debuted less than a year ago, these girls are well on their way to stardom, as many people have gotten hooked on their catchy songs. These fan favorites also work on their own music, which makes them a gem among rookies.

Another up-and-coming rookie to look out for is the girl group gugudan. Several members have made a name for themselves on variety shows, appearing on “Night Goblin,” “Sugar Man 2,” and “Fantastic Duo 2.” With their latest comeback just beyond the horizon, there’s no telling what gugudan has in store for us! The number one reason to stan these girls is that their innocence and sweetness is just too difficult to resist.

SF9 debuted as FNC Entertainment’s first male dance group in the second half of 2016. Since then, they have achieved success on international charts, with “Easy Love” appearing on K-pop iTunes charts across the world. SF9 also had their debut showcase in Japan this past year, as well as their American fan meeting tour in November. For fans of SF9, their favorite aspects of the group are the members’ powerful image onstage, and the out-of-control goofiness they show offstage.

UP10TION is yet another group that was noticed by many people in 2017. When it comes to overseas success, the group had an incredibly popular Japanese debut, putting them at number one on Tower Records’ list of best selling K-pop singles of 2017. They also appeared with their variety show “UP10TION, Please!” this past summer, which allowed for them to further connect with international fans. As for why they are stan-worthy, UP10TION appeals to fans by using a variety of concepts to show their great versatility.

Of all the recently debuted groups, PENTAGON has proved their status as a self-producing group the most. As a side project, members Hui and E’Dawn formed the sub-unit Triple H with label mate HyunA, releasing the song “365 Fresh.” PENTAGON has a modern yet refreshing music style that can appeal to fans and non-fans alike. No two of their songs sound the same, which is their greatest strength.

Out of every artist listed, it’s safe to say that DAY6 released the most music in 2017. With their Every DAY6 Project, the band came out with two singles every month, totaling two full albums. As if that wasn’t enough already, the members performed in various places internationally, including a five-city stint in North America. Above all, DAY6 is known for their amazing live vocals and instrumentation, and each of the four vocals’ styles is unique.

CLC is a seven-member girl group that debuted in 2015 under Cube Entertainment. After coming back with the song “Hobgoblin,” CLC’s revamped image attracted many fans at the international level. The song marked the group’s debut on Billboard’s World Digital Song Sales chart, with their mini album “Crystyle” appearing on the World Albums chart as well. 2017 was also the year in which CLC held their first fan meetings in Korea and Japan. Ultimately, CLC’s chameleon-like quality is what attracted many fans to their music.

As another nominee who only debuted less than a year ago, DreamCatcher is one to watch. Though originally five of the members debuted in 2014 as girl group MINX, they successfully reinvented themselves as DreamCatcher with the addition of two new members. They are currently in the midst of a world tour, including stops in Asia, South America, and Europe. The group caught people’s eyes with their unique dark concept, and their impressive covers of other artists’ songs.

Which group do you think deserves the title of 2017 Breakout Artist? Check out the nominees below (introduced by MONSTA X’s Shownu and Wonho), and be sure to vote for your favorite in the 13th Annual Soompi Awards here!