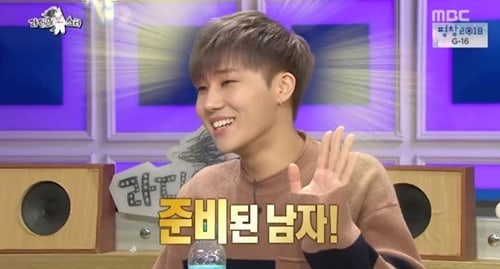 INFINITE’s Sunggyu has explained why he’s never been in a virtual romance on “We Got Married.”

Sunggyu appeared as a guest on the January 24 episode of “Radio Star” along with 2PM’s Wooyoung, 2AM’s Jo Kwon, and GOT7’s Jackson.

When the hosts and Wooyoung talked about Wooyoung’s famous displays of affection with his virtual wife Park Se Young on “We Got Married” in 2014, they also turned to Sunggyu to ask him why he’s never been on the show himself.

“I received an offer,” replied Sunggyu. “But because of Wooyoung I couldn’t do it.”

He explained, “On ‘We Got Married,’ Wooyoung and Park Se Young would lie in bed together and that kind of thing. My agency said, ‘You’d be like that too,’ so I couldn’t go on.”

Sunggyu said that he was disappointed and joked that he would have told Wooyoung to tone it down if they had been friends. In regards to how he’d approach the romance on the show himself, he added, “I would do it 100 percent sincerely.” 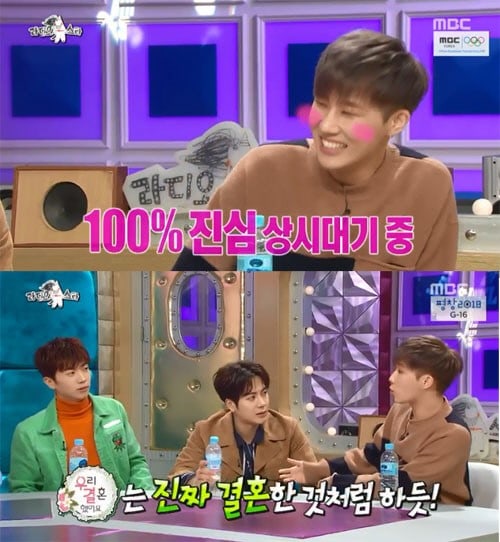 2PM
INFINITE
Radio Star
Sungkyu
Wooyoung
How does this article make you feel?