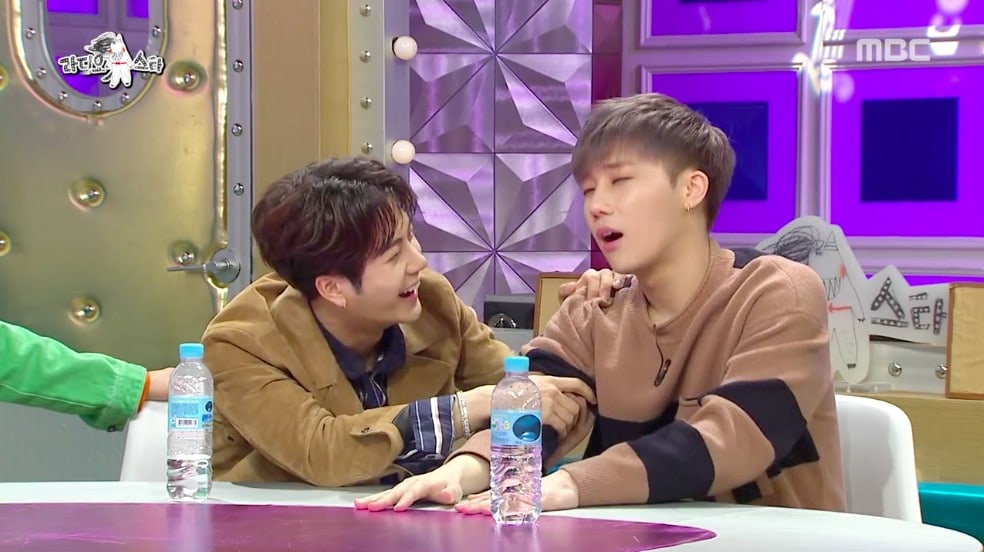 On the January 24 episode of “Radio Star,” Sunggyu of INFINITE had to face a photo that it seems he’d rather forget!

Sunggyu appeared as a guest in this episode alongside GOT7’s Jackson, 2AM’s Jo Kwon, and 2PM’s Wooyoung. During the show, MC Cha Tae Hyun pulled out a photo of Sunggyu and asked him to explain what he’d been thinking when it was taken. 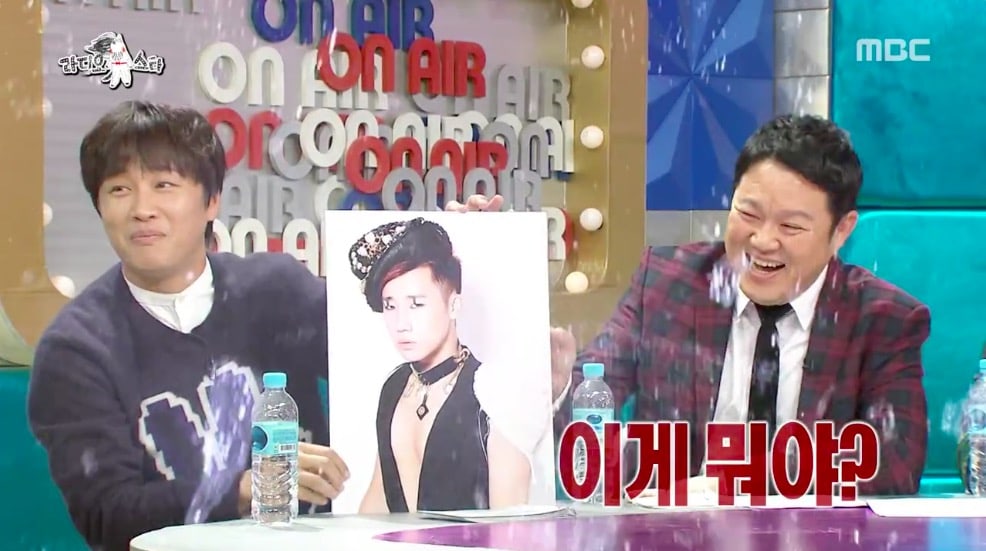 The moment he saw it, Sunggyu sat back and covered his eyes in horror. When he stood up in his chair as everyone laughed, Jackson pulled him back down to his seat. 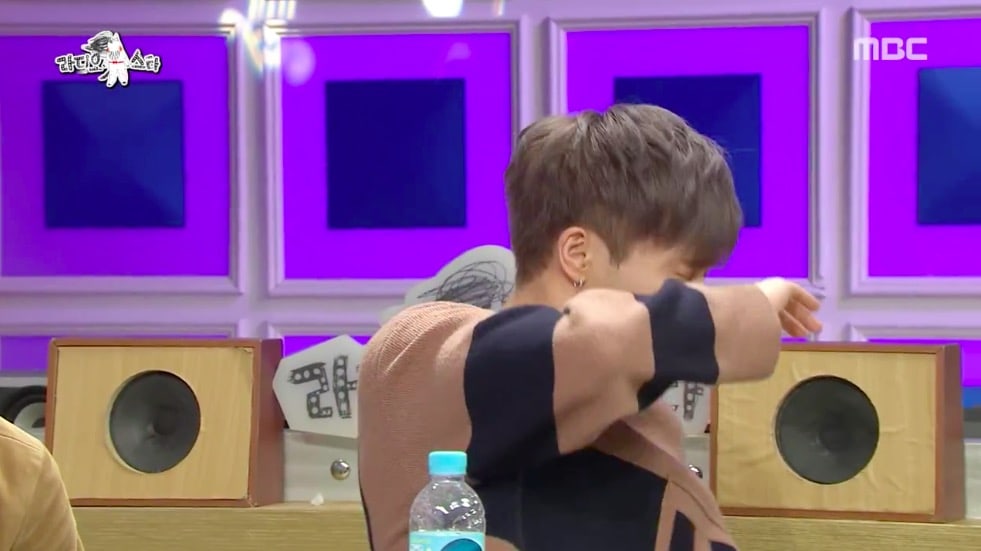 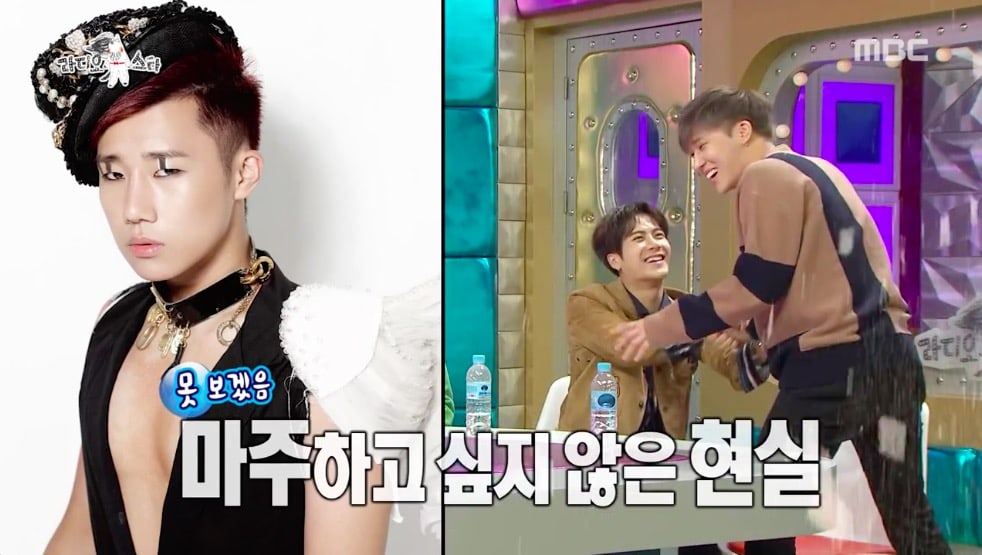 “Are the tears flowing upwards?” asked the MCs as Sunggyu tried to recover from the blow, and they teased him by saying it looks like his eyes were attached to his eyebrows.

Sunggyu still hadn’t quite recovered when they asked when the photo was taken. “It was around when we debuted,” he said. “Back then, I had no power. I had to do whatever I was told.”

Yoon Jong Shin asked him, “Was it art?”

Sunggyu replied, “The director was on the artistic side.” When he was asked if all the members looked like this, Sunggyu replied, “It seems like they liked me. I think they were trying to experiment.” 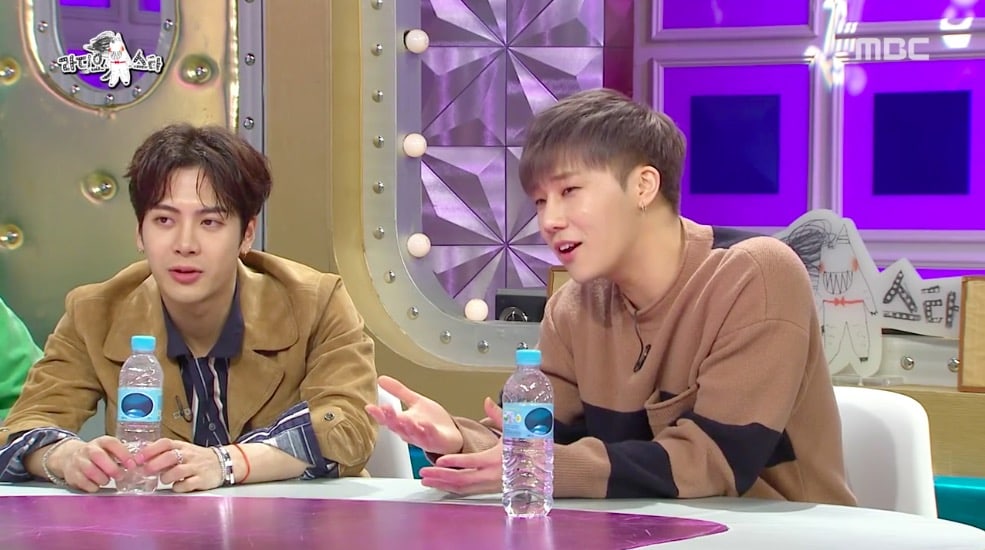 Kim Gura made everyone laugh when he asked, “What’s the thing you hate the most about this?”

Sunggyu admitted, “I had to take off everything on top and just wear the vest. I felt kind of like a pervert.” He then asked if they could look at photos of the other guests instead, but they replied, “We don’t have any!”

Cha Tae Hyun offered to Sunggyu, “You can take this with you.” When Sunggyu laughed and said he wouldn’t, Kim Gura said, “You should take it, then no one else will see it!” 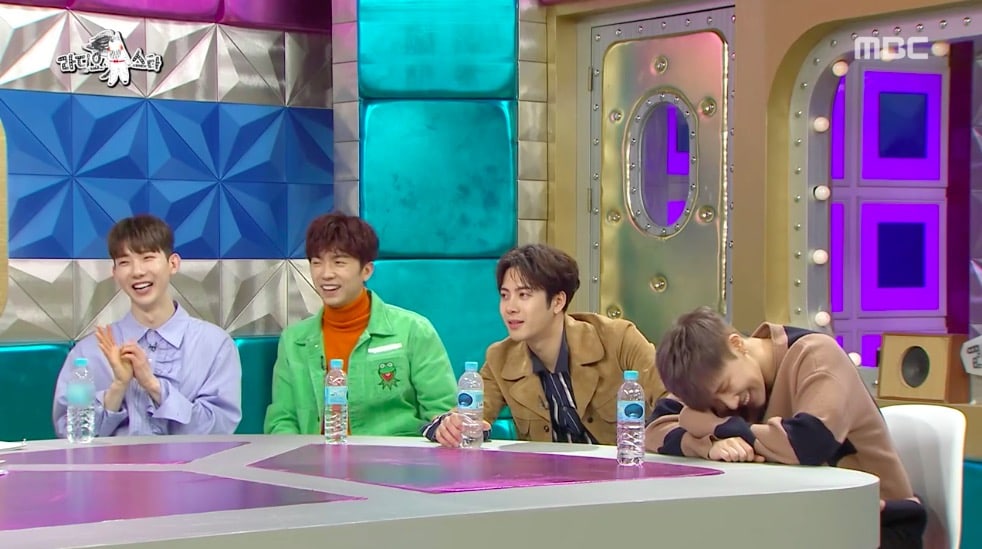 INFINITE
Radio Star
Sungkyu
How does this article make you feel?