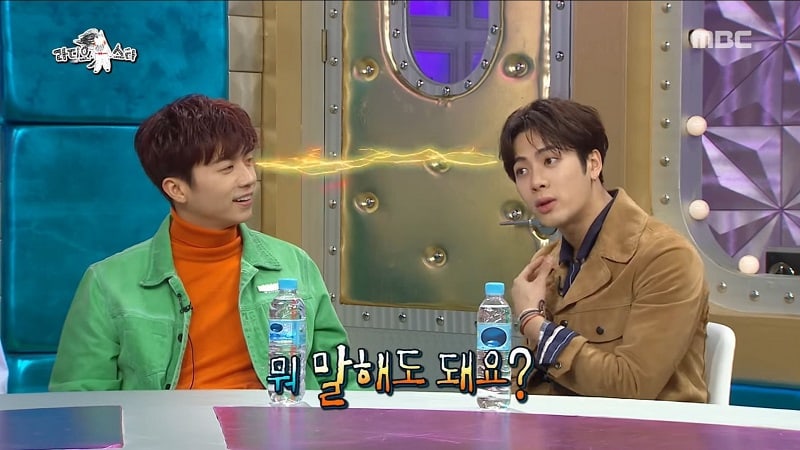 During the particular episode, the MCs asked Wooyoung about how he refers to himself as a “meddler.” As Wooyoung started to explain, Jackson interjected with a story of his own.

After briefly conferring with Wooyoung, Jackson shared that when Wooyoung drinks, he often gives advice to his younger labelmates. Jackson said, “It’s very good. I’m very touched and grateful. I’ve actually had a lot of thoughts because of Wooyoung’s advice.” However, he made the rest of the cast laugh when he continued, “But I don’t understand why Wooyoung has to repeat it over 20 times. He himself forgets what he’s said.”

Jackson hilariously added, “What’s more difficult is that Wooyoung repeats the same thing over 20 times, but I have to give a different reaction each time.” 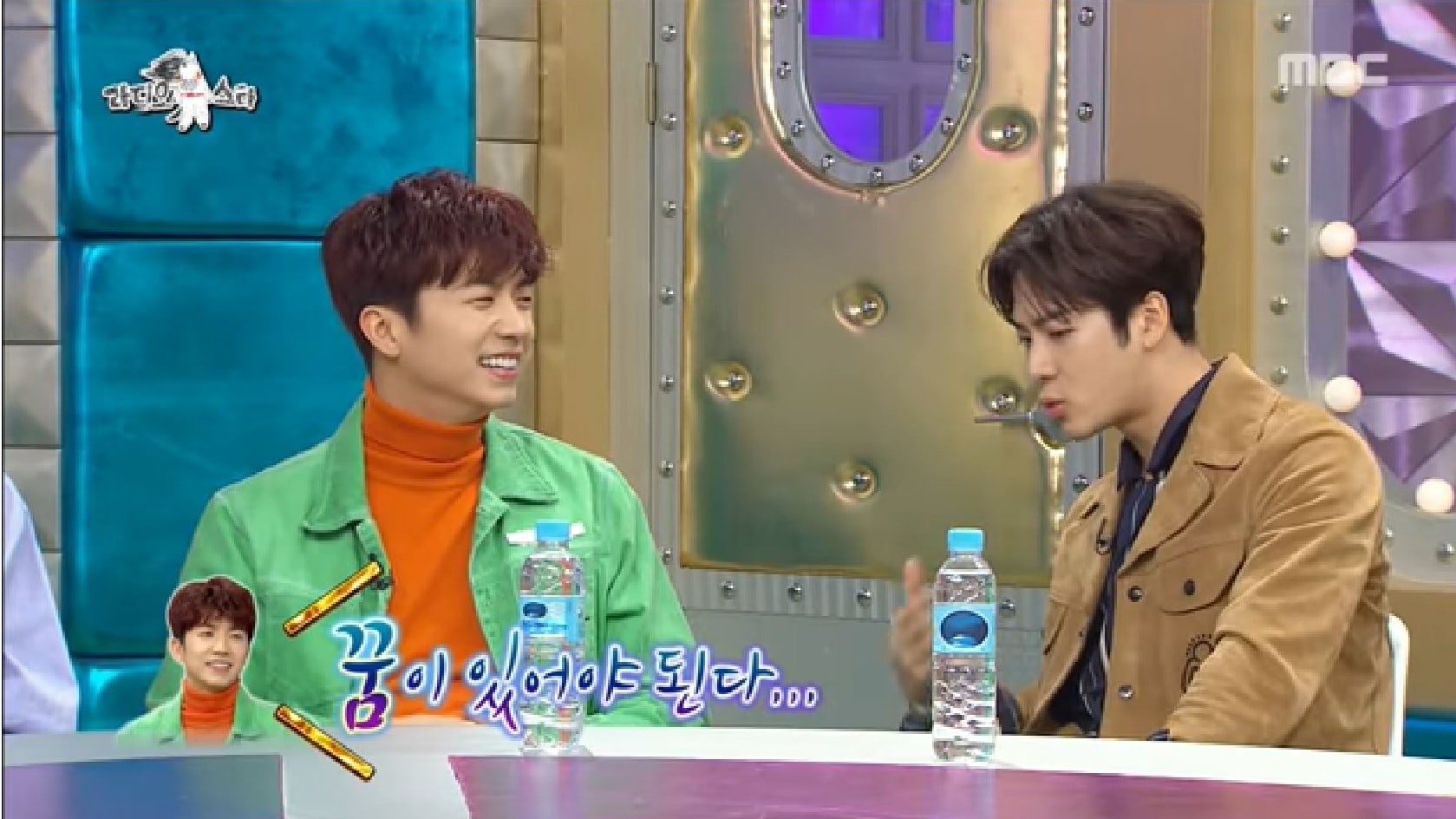 Jackson shared another example of how when he was a trainee, Wooyoung sincerely told him he needs to have a dream. About five minutes later, Wooyoung turned around and told Jackson the exact same thing again.

Wooyoung explained, “I know I’m doing this, that I keep repeating myself to my younger labelmates.” He continued on to reveal that he often becomes a supervisor at the JYP Entertainment company-wide dinners, making sure minors are not drinking and such. Jackson chimed in, “But he will also check at least 10 times,” while Jo Kwon commented, “He’s not the type to go home early [at company-wide dinners].” 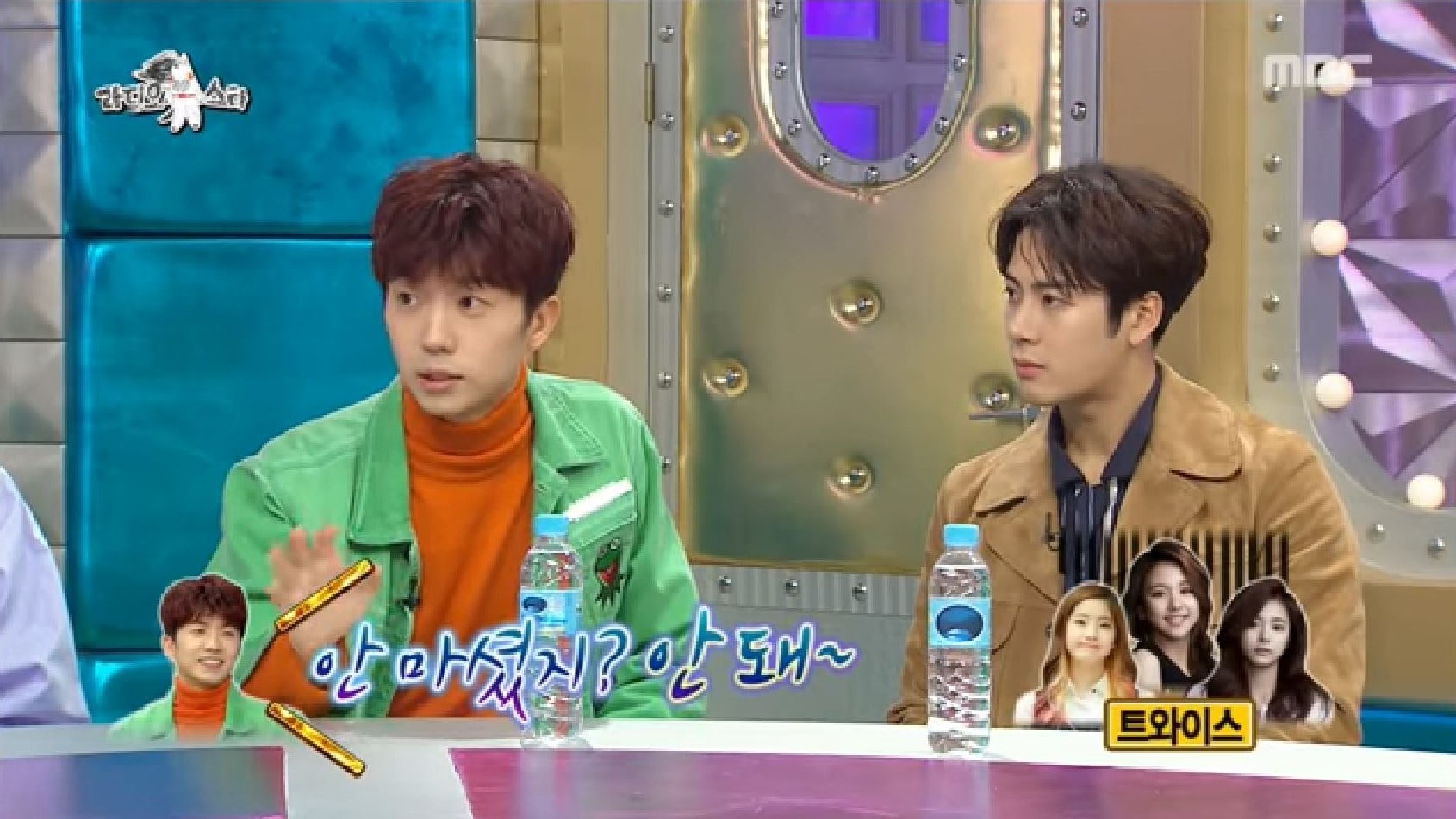 Check out the full episode!

GOT7
Jackson Wang
2PM
Radio Star
Wooyoung
How does this article make you feel?