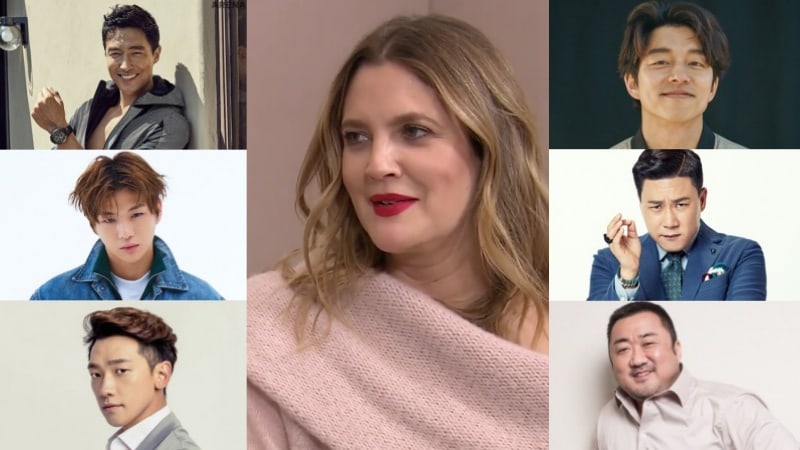 American actress Drew Barrymore appeared on the January 28 broadcast of MBC’s “Section TV” and partook in a game of “ideal type world cup.”

The second round had her pick either Wanna One’s Kang Daniel or “Section TV” MC Lee Sang Min, and she hesitated when she heard that Kang Daniel was young. She reluctantly chose Lee Sang Min and explained, “He [Kang Daniel] is too young. I’m 43!” Third was Rain and Ma Dong Seok, and she made her choice of Rain.

Finally, Drew Barrymore had to choose her final pick out of Daniel Henney, Lee Sang Min, and Rain. Watch the video below to see Drew Barrymore’s final choice!