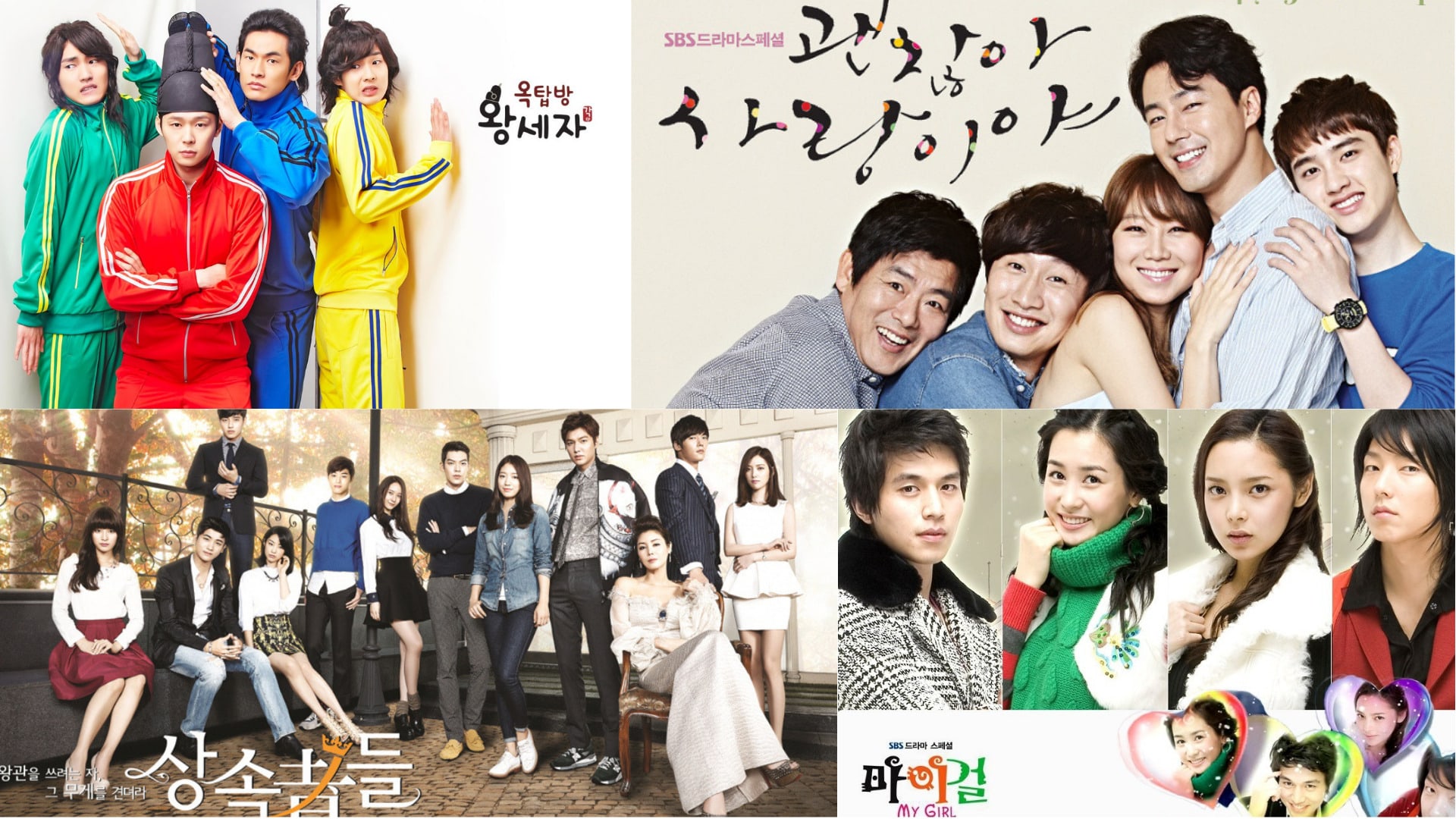 The “reluctant cohabitation” drama trope is one that we all are very familiar with. The destined couple, for some reason or another, just has to live together. The reasons may vary – from one person needing a place to live, or there’s some kind of misunderstanding, or even a straightforward scam – but the sole purpose is to have the couple be in close quarters to encourage interaction and eventually fall in love.

It’s a tried-and-true drama trope, and there are many, many dramas that use this. But for some reason, we just can’t get enough of it! It’s because it means all sorts of silly shenanigans and awkward interactions, and watching the main couple slowly discover their feelings for each other is enough to bring us all the feelings.

In order to narrow down the list, I took out dramas if the couple has to co-habitat because of a contract marriage. In some cases, it’s a very fine line, but hey, someone has to be the line-police! 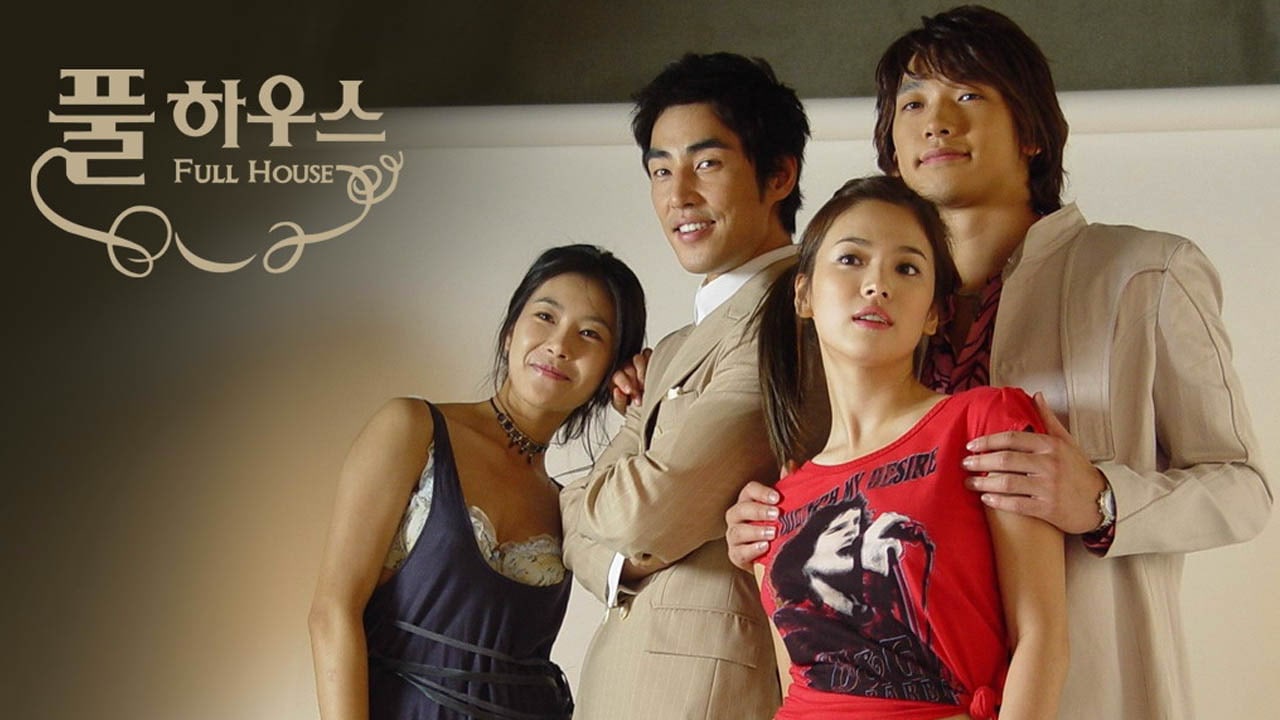 “Full House” is arguably THE rom-com that started all rom-coms. It’s adorable, sweet, and still a treat to watch even now. Han Ji Eun’s (Song Hye Kyo) house, named “Full House,” is sold off by her friends to none other than famous actor, Lee Young Jae (Rain). While at first fully intending to kick her out, Young Jae feels sorry for Ji Eun, and employs her as his live-in maid. It’s a hoot watching them bicker like little kids throughout the various stages of their relationship. And who could forget the super adorable “three-bears” song and dance? (aaand now it’s stuck in my head)

The super cute “three-bears” dance. It was probably the first Korean song I could sing too!

So childish, but still so cute! 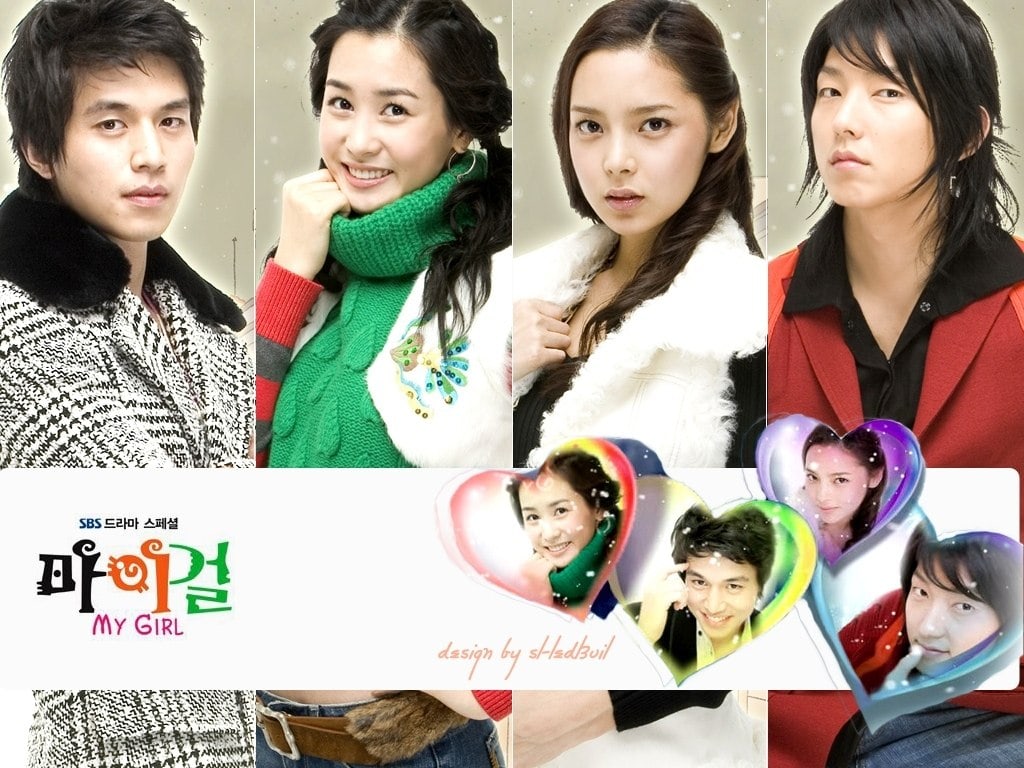 The story introduces us to Joo Yoo Rin (Lee Da Hae), someone who is gifted in the art of…scamming. After coincidentally meeting, Seol Gong Chan (Lee Dong Wook) hires her to play the long-lost granddaughter of his dying grandfather. She reluctantly agrees, but the grandfather is so thrilled to find her, that he makes a miraculous recovery, and makes her move in with Gong Chan. This is probably one of the first K-dramas I remembered watching (and loving!), and my gateway to all things Korean. There is just sooo much to love about this drama – the humor, the angst, and the serious chemistry between the leads.

Making the hard choices in life! 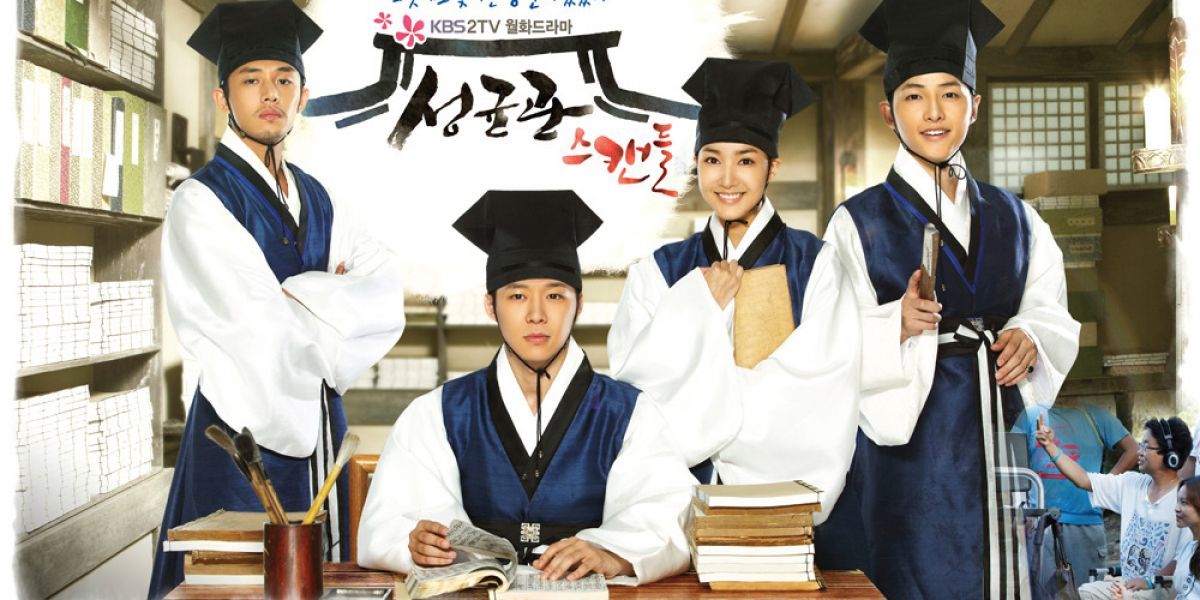 This story is set in the Joseon Dynasty, where females were not allowed to receive education. In an effort to support her family and her ailing brother, Kim Yoon Hee (Park Min Young) disguises herself as her brother and enrolls in Sungkyunkwan, a prestigious educational institute. There, she alarmingly finds herself being bunk-buddies with the upright Lee Sun Joon (Park Yoochun) and the rebellious Moon Jae Shin (Yoo Ah In).

While you may start watching this drama for its big names (Song Joong Ki!), what will get you hooked is how meaty the drama really is. It has its share of romance, but it also takes a brave stab at commenting on gender roles, while also tossing in some political intrigue. All in all, a great watch!

Look at that gaze! 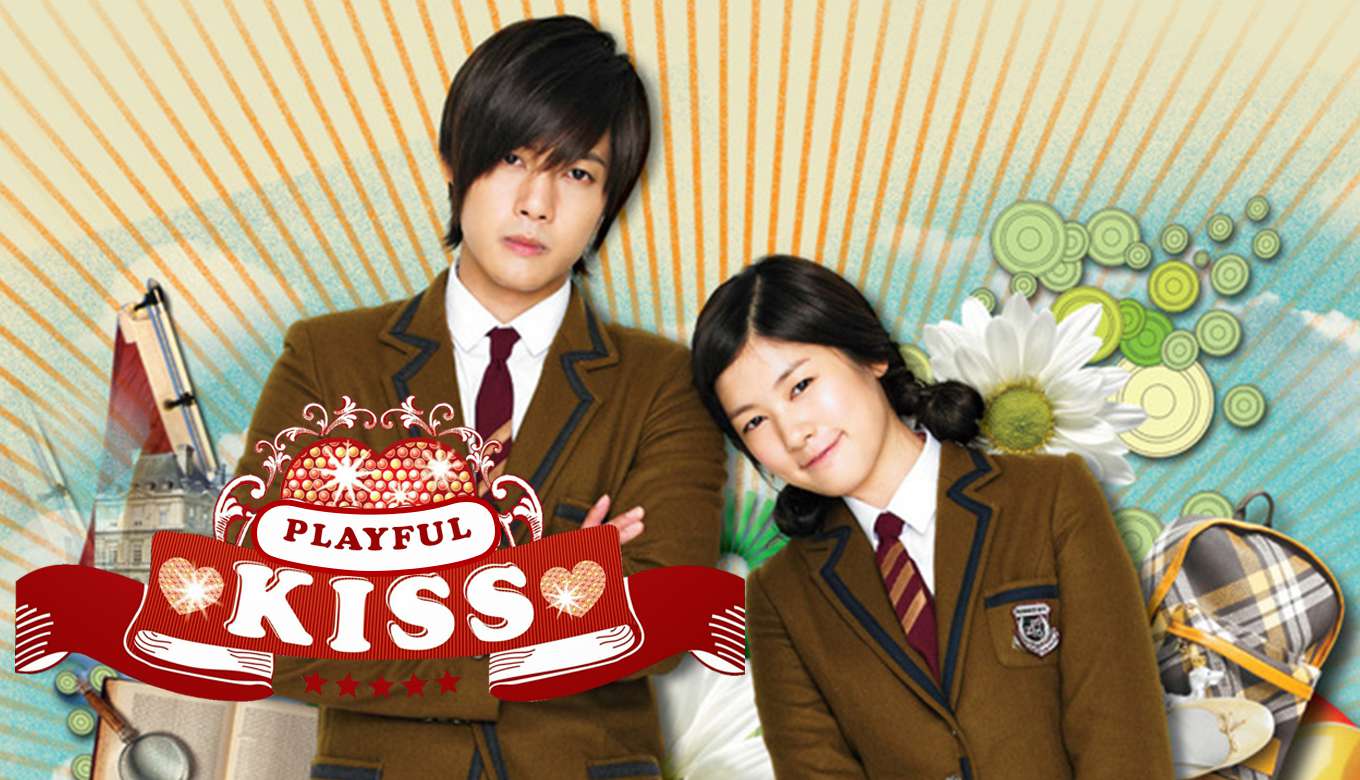 “Playful Kiss” is the Korean version of the Taiwanese success “It Started With A Kiss,” which is actually based on a Japanese manga (definitely a pan-Asia hit!). Oh Ha Ni (Jung So Min), a not very bright and somewhat ditzy school girl, is rejected romantically by the school genius, Baek Seung Jo (Kim Hyun Joong). Devastated, she heads home only to find that her house has collapsed! Her father’s friend invites them to move in with them, and only upon moving in, does Ha Ni realize she’s actually moving in with Seung Jo.

This is a light, fluffy drama chock-full of silliness. And while the relationship build up sometimes took a snail-like pace, it’s still fun to watch the couple bring out the adorableness in each other (yes, even in the seemingly unfeeling Seung Jo!) 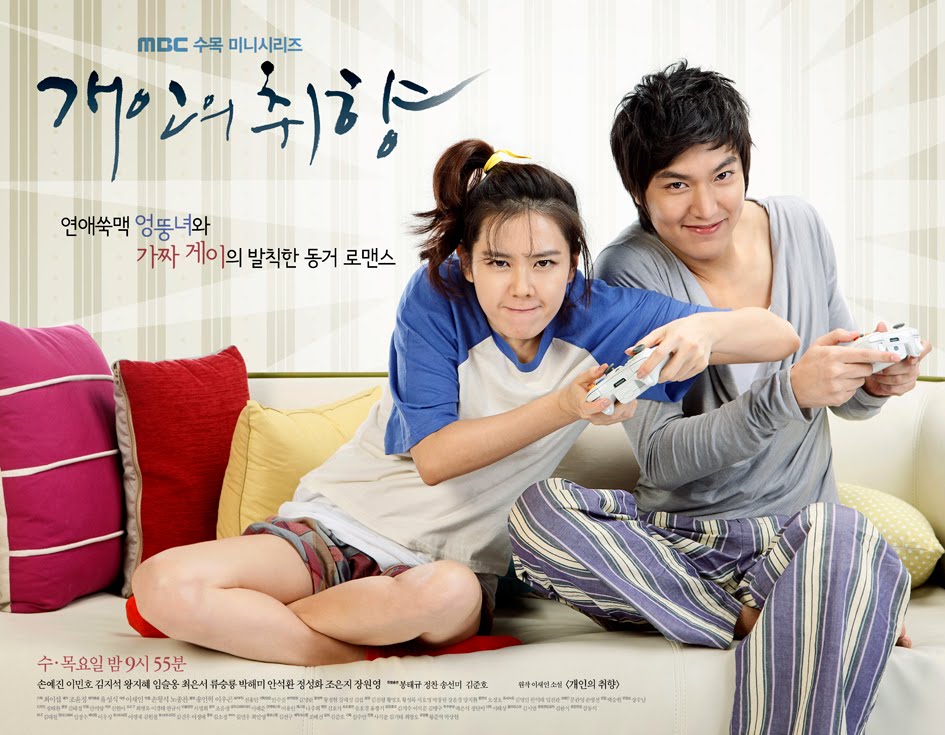 “Personal Taste” tells the story of Jeon Jin Ho (Lee Min Ho), who, in an attempt to win an architectural project bid, wishes to move into the architecturally-unique building Sanggojae to better study it. The daughter of the architect who designed the building is Park Gae In (Son Ye Jin), who currently lives in this building. Knowing she would never let a straight man move in with her, Jin Ho lies to Gae In and tells her he’s gay. Cue awkward shenanigans.

We no doubt have seen a fair share of women cross-dressing and pretending that they’re men in dramaland, so pretending to be gay is a definitely different! These two also have the cutest interactions, and you can’t help but swoon at how attentive Jin Ho is. 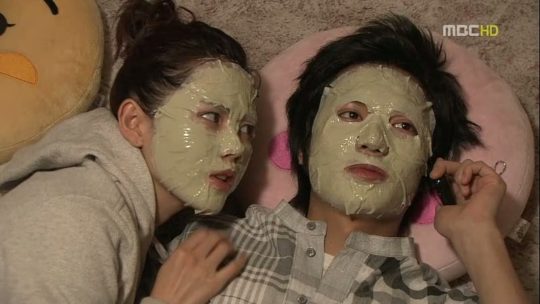 Comforting her through thick and thin, and period cramps. 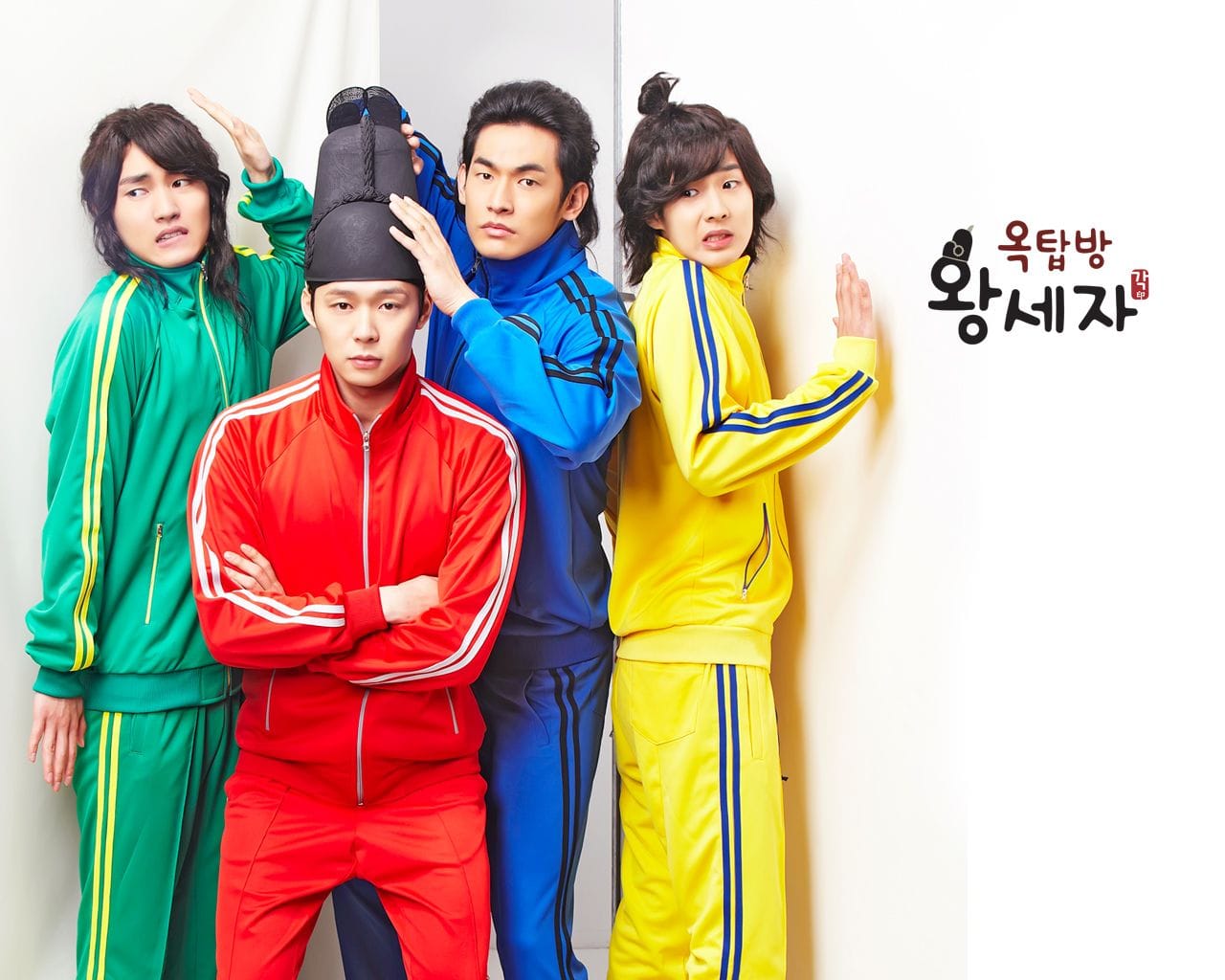 In “Rooftop Prince,” four strange men dressed in Joseon-era robes mysteriously appear on Park Ha’s (Han Ji Min) rooftop house. These four men turn out to be the Crown Prince Lee Gak (Park Yoochun) and his entourage, who have traveled 300 years into the future. Seeing them homeless and confused, Park Ha generously lets them stay with her. Together, they unravel the mysteries that bind their past and present fates together.

This is really a fun and beautiful drama to watch, with elements of time travel, rom-com, and mystery. The early episodes are hilarious with the sight gags of the Power Rangers, and watching them learning about modern technology (and plumbing!). Also, who else fist pumped in excitement (and laughed way too loud) when they finally cut their hair?

Discovering the wonders of modern plumbing! 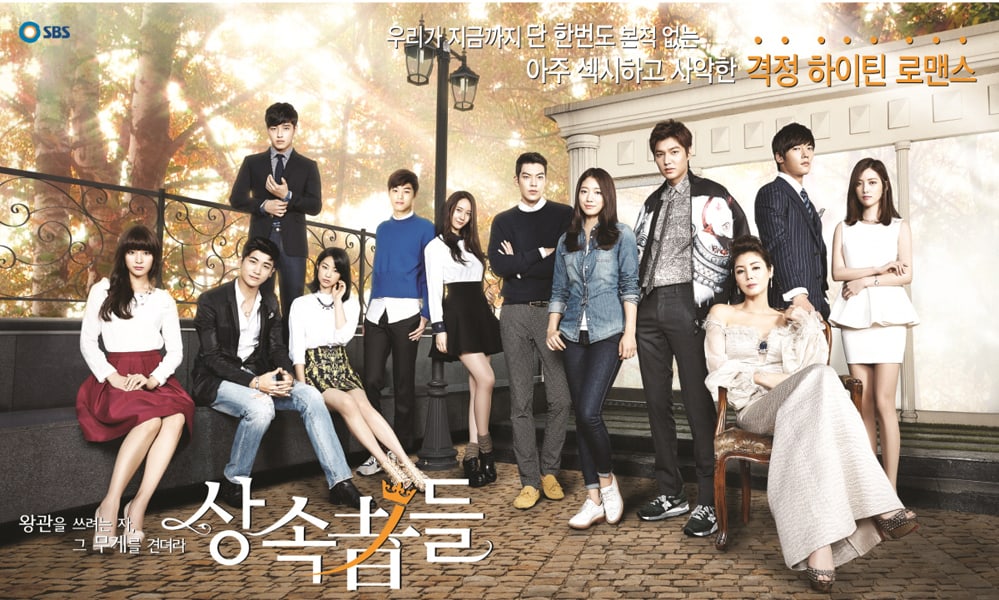 With Hallyu actors and idols at the helm, it’s no wonder that this drama was incredibly popular across Asia. More importantly, the main couple of this drama moves in together not once but twice! They first move in together when Eun Sang (Park Shin Hye) is stranded in California and Kim Tan (Lee Min Ho) takes her in. Then when she goes back to Korea, Eun Sang finds that her mom has become a live-in housekeeper to…the Kim household!

There isn’t too much of a love triangle here because Young Do (Kim Woo Bin) acts like a jerk for the most part. But the actors all do good jobs layering their characters with a sense of vulnerability, that we’re eventually cheering them on, even Young Do. And the secondary characters, like Chan Young, Bo Na, Myung Soo, and even the moms are all straight up scene-stealers!

Yes, buddy, we know…we know. *doesn’t know whether to smirk or hug him* 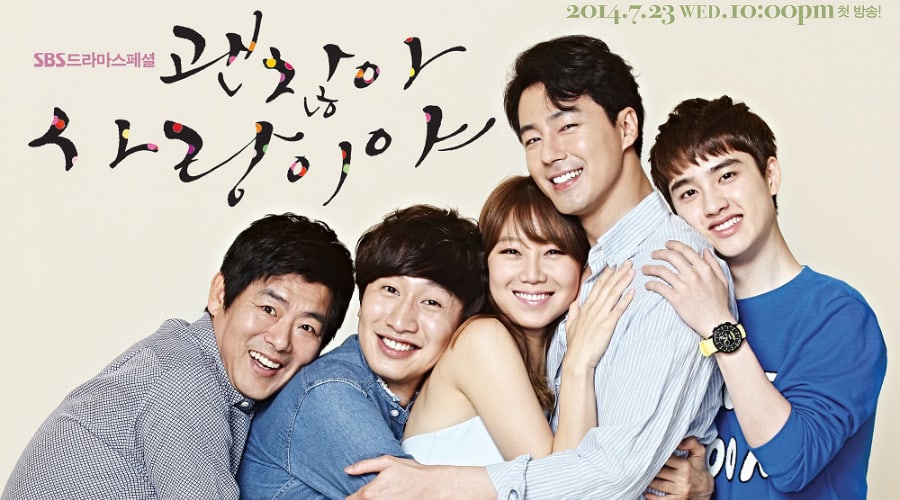 In “It’s Okay, That’s Love,” Jang Jae Yeol (Jo In Sung) is a novelist and radio DJ who has obsessive-compulsive disorder. Fascinated by psychiatrist Ji Hae Soo (Gong Hyo Jin), whom he meets during a talk show, he finds out that she lives in a building that he owns. Unable to live in his own house due to the noise from surrounding construction, he decides to move in with her and her merry-band of roommates.

This is a wonderful, wonderful drama that has so much going for it – good storyline, great cast, and beautiful OST! (I’m still playing it right now!) This was also the drama that made me fall madly in love with the amazing Do Kyungsoo, whom I only belatedly realized is EXO’s D.O. (squishy D.O. is so squishy!)

We all guessed something like this was going on, but dang, the goosebumps when we saw it happen on screen! 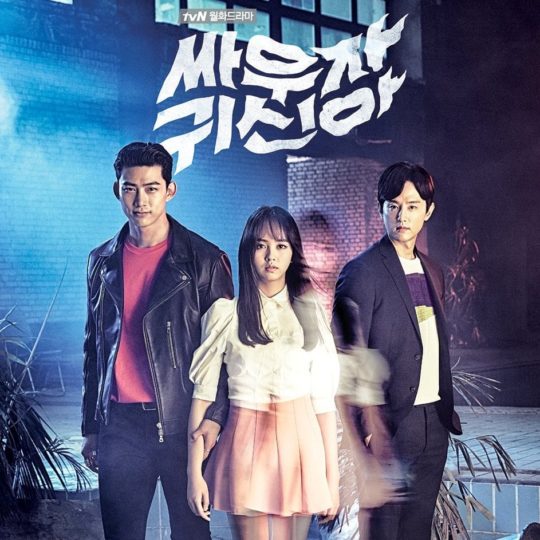 An adaption of a popular manhwa, “Bring It On, Ghost” stars 2PM’s Ok Taecyeon, and Kim So Hyun. In this drama, Taecyeon’s character, Bong Pal, has the ability to see and fight ghosts, which is how he comes across wandering spirit Kim Hyun Ji (Kim So Hyun). Believing that Bong Pal holds the key to her “moving on,” she convinces him to let her move in, and together, they become ghost-fighting partners. Taecyeon isn’t the strongest actor, but this is one role that suits him very well. He has very cute chemistry with Kim So Hyun too, which makes this drama a joy to watch.

So cute! And so Ok Bingu!

Catch the first episode of “Bring It On, Ghost”:

Cinderella and the Four Knights (2016) 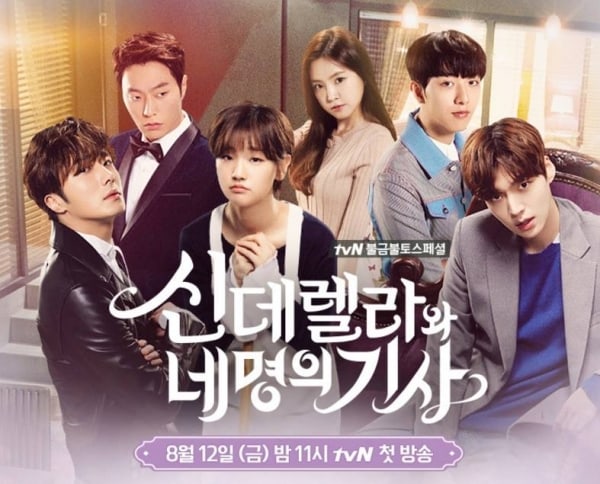 The “Cinderella” in the title refers to Eun Ha Won (Park So Dam), who desperately needs money for her college education. One day, she finds herself employed by elderly Chairman Kang, who hires her to teach his grandsons how to act like decent human beings. And so she moves in to “Sky House,” where the three grandsons – rebellious Ji Woon (Jung Il Woo), playboy Kang Hyun Min (Ahn Jae Hyun), and singer Kang Seo Woo (CNBLUE’s Lee Jung Shin) – live. This is unfortunately a drama that could have been tighter and better written, but if you’re just looking for something fluffy, light, and fun, then you should still give this a try! (Side note: anyone else totally ship Ha Won and early-episode Hyun Min?)

I squealed when this happened! 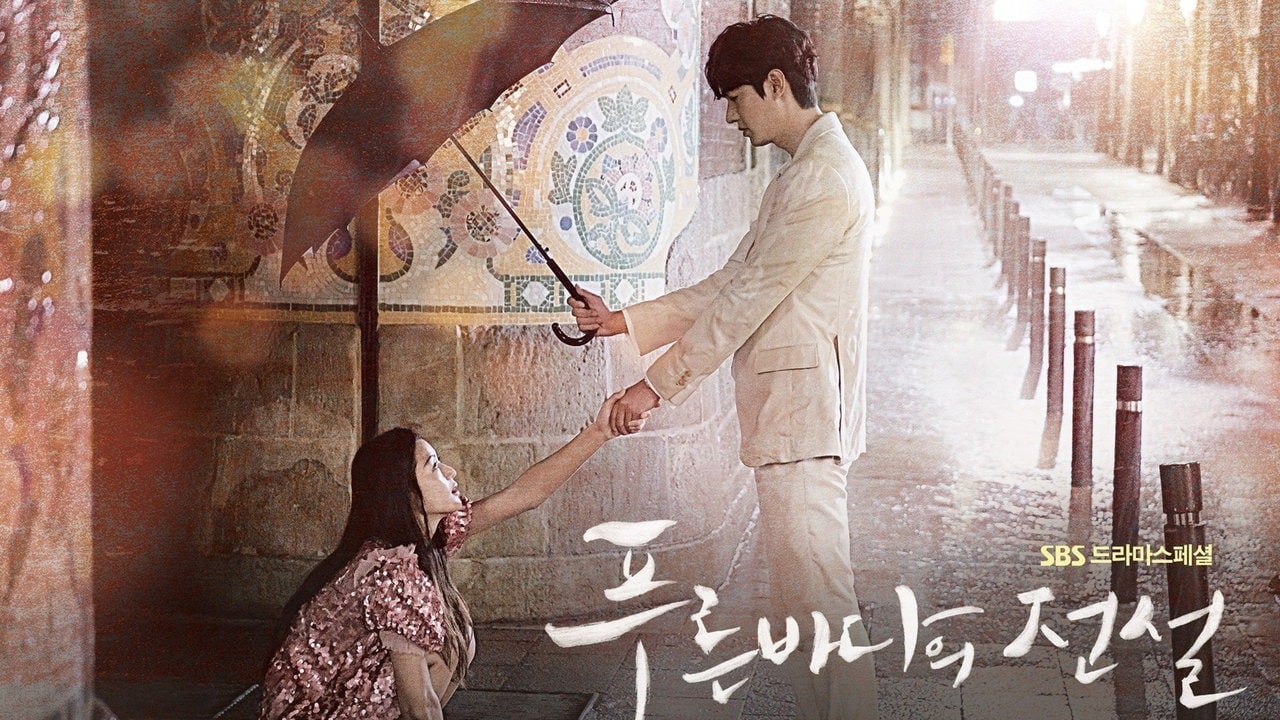 In “The Legend of the Blue Sea,” Lee Min Ho plays Heo Joon Jae, a con-man who encounters a strange, pretty, but mute woman in Spain. He sees her wearing a rare jade bracelet and wants to get his hands on it. As it turns out, the woman is a mermaid (Jun Ji Hyun), who erases his memories when they run into trouble, but then follows him all the way back to Seoul. Knowing she has something to do with his missing memories, he keeps her close by letting her move in with him.

This probably sounds a bit familiar – the main couple meets in another country, goes back to Korea and lives together – but bear with me, because this drama is still very much a fun watch with beautiful cinematography. Plus, the drama also has strong romantic beats, tongue-in-cheek easter eggs (like Cha Tae Hyun), and hilarious moments. Seriously, the slapstick comedy Jun Ji Hyun does in the first episode is priceless.

The official way to react when finding out you’re home alone with Lee Min Ho.

What other dramas do you know that have this “reluctant co-habitation” drama trope? There’s a lot, so put on your thinking caps and leave your comments below!

Belinda_C is waiting for the day when she suddenly finds herself living with any of the men above. She would be decidedly less hesitant *cue evil laugh*. Or any of the Shinhwa members will do.

All-time favorite drama: “Kill Me, Heal Me” (only one of many!)
Currently watching: “Hwayugi” and “Radio Romance”
Looking forward to: “Children of a Lesser God”

Soompi Spotlight
It's Okay That's Love
Full House
My Girl
Personal Taste
Playful Kiss
Rooftop Prince
Heirs
Bring It On Ghost
The Legend of the Blue Sea
Cinderella and Four Knights
How does this article make you feel?