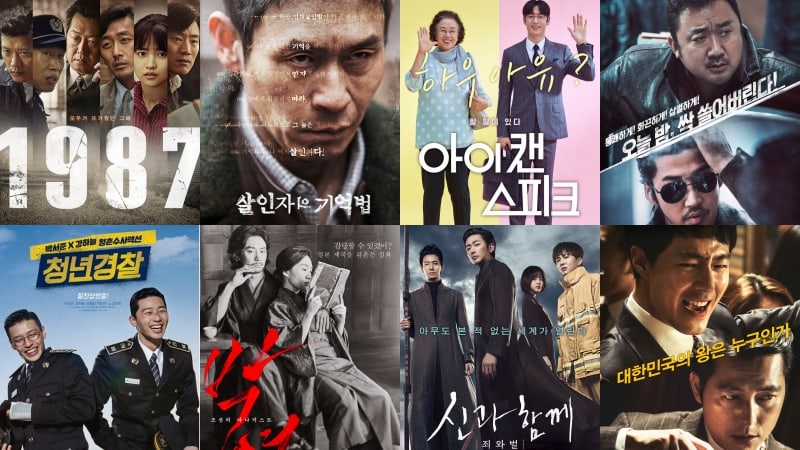 The 9th Annual Film Awards was held at the International Conference Hall of the Gwanghwamun Square Press Center on January 30.

Hosted by the Korean Film Reporters Association, 90 reporters from 59 companies awarded films that were released between January 1 to December 31 in 2017. A total of 14 awards were handed out at the awards ceremony including 11 Bonsang awards and three special awards.

Director Jang Jun Hwan received this year’s Honorary Award and Director of the Year Award for the film “1987.” He said, “Gwanghwamun Square in front of City Hall where the award ceremony is taking place is also an important place in our film. It’s meaningful because it’s the site of history…’1987′ was created like the flow of all history.”

Best Actor Award went to Sol Kyung Gu for his role in “Memoir of a Murderer.” This was the fourth award added to the many accolades he received last year at the 54th Daejeong Film Awards, 37th Critics Choice Awards, and 2017 Director’s Cut Awards.

Sol Kyung Gu began his acceptance speech by saying, “Thank you” and continued, “I received some awards, but this is the first time I received an award given by reporters. I was sad that I didn’t receive many for ‘Memoir of a Murderer’ so thank you. Since last year, I gained some fans. I want to thank fans and my eternal counterpart Song Yoon Ah. I will continue to show you good things in the future.”

Best Actress Award recipient Na Moon Hee was unable to attend the ceremony, so her agency CEO Pang Hyun Sung accepted the award on her behalf.

Best New Actor Award was given to Park Seo Joon for “Midnight Runners.” Park Seo Joon stated, “Everyone tries their best, but there’s a limited number of films that receive love from the audience. There’s no bigger pleasure than many people watching my acting, so I want to become an actor who becomes chosen by moviegoers. I will repay you with good acting in the future.”

“The Outlaws” actor Yoon Kye Sang became a top box office actor this year for the film achieving 6 million moviegoers. In return, he was awarded the Discovery of the Year Award. He stated, “The more I act, the more I think about how I can’t act well by myself. I want to thank Honey Lee who encouraged me and said I would be discovered one day.

“Along With the Gods: The Two Worlds” recently achieved the record of becoming the No.3 Korean box office movie of all time. The film’s director Kim Yong Hwa was awarded Film Person of the Year. He remarked, “I came while editing part two of ‘Along With the Gods.’ I really want to thank many people including my mother who passed away. I will accept this as a sign to live well and try my best.” 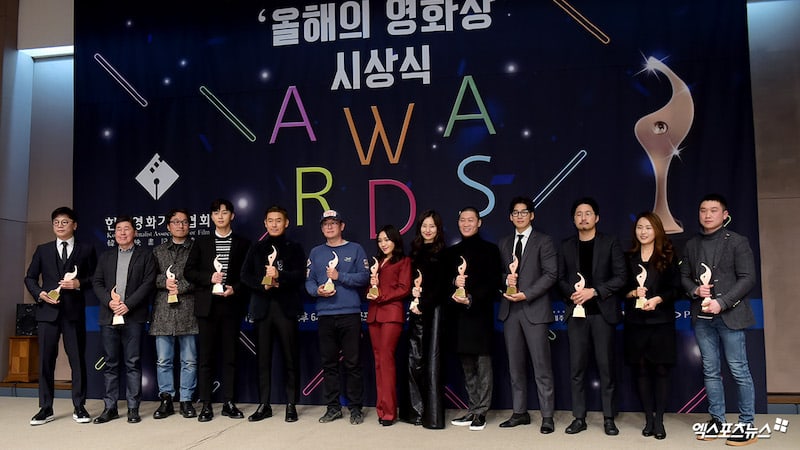