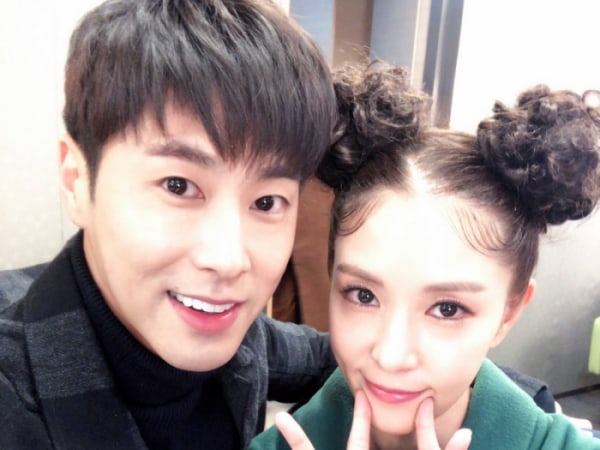 TVXQ’s Yunho Cheers On BoA At Her Comeback Recording For “M!Countdown”

On February 1, BoA uploaded two selfies of her and TVXQ member Yunho backstage at Mnet’s “M!Countdown.”

She wrote, “To be honest~ yesterday at the ‘M!Countdown’ pre-recording, my loyal friend came to cheer for me~ Yunho why are you so cool?~ I was so touched. Thank you my friend~.”

Yunho and BoA have been friends and artists at SM Entertainment together for a long time. They have talked about their friendship on various shows and interviews, and she recently named him as one of the SM artists she could imagine herself in a project group with.

BoA released her comeback track “NEGA DOLA” on January 31 and performed it for the first time on “M!Countdown” on February 1. Watch her performance here!

TVXQ
BoA
Yunho
How does this article make you feel?