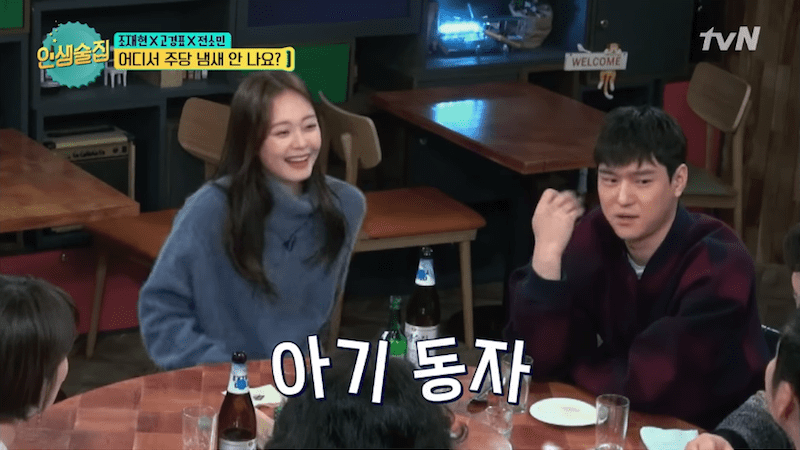 During a guest appearance on the February 1 broadcast of tvN’s “Life Bar,” actors Jun So Min and Go Kyung Pyo discussed the peculiar ways they act when they are drunk.

Jun So Min first revealed how her habits when drunk have frequently changed over the years, saying, “When I was in my 20s, I used to go ride on the swings at the playground whenever I drank. I don’t know why.” She went on to say that she then started to high-five and shake hands with people from some point on, before her habits changed again.

“There was a time when I acted like I was someone looking for a fight,” Jun So Min explained. “These days, I tend to fall asleep.” The actress shared how she once told a friend she had been drinking with that she was going to the bathroom, but was later found sleeping in front of the police precinct in the Hannam area of Yongsan District instead. 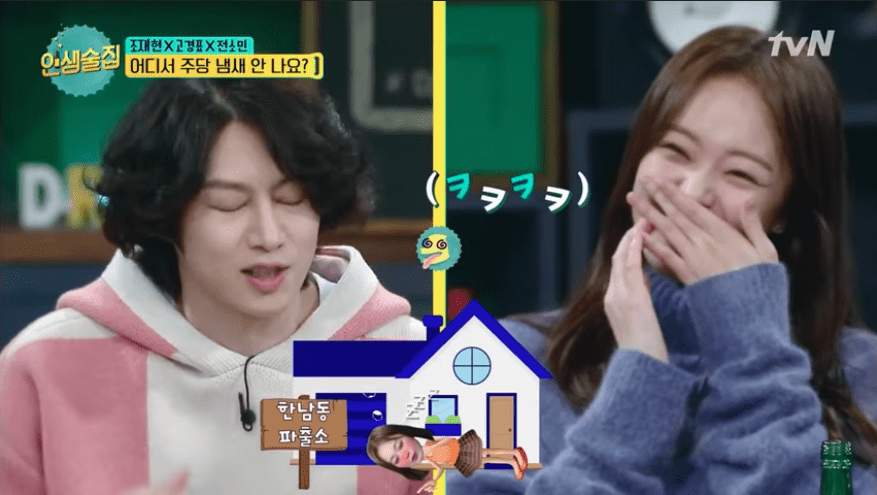 The MCs then turned to Go Kyung Pyo, asking what he is like when he’s drunk. Jo Jae Hyun commented, “You do have a habit, right?,” while Jun So Min chimed in, “You seemed to become cute.”

Go Kyung Pyo replied, “When I was younger, I was also aggressive. However, these days, I’ve become a child from some point on.” The actor clarified that it wasn’t just that he starts to act cute when he’s drunk, but he really acts just like a baby. Upon hearing this, Super Junior’s Kim Heechul joked, “Completely like a baby? Looks like we have to buy diapers beforehand. It’s possible he won’t be able to go to the bathroom.”

jun so min
Go Kyung Pyo
Life Bar
How does this article make you feel?