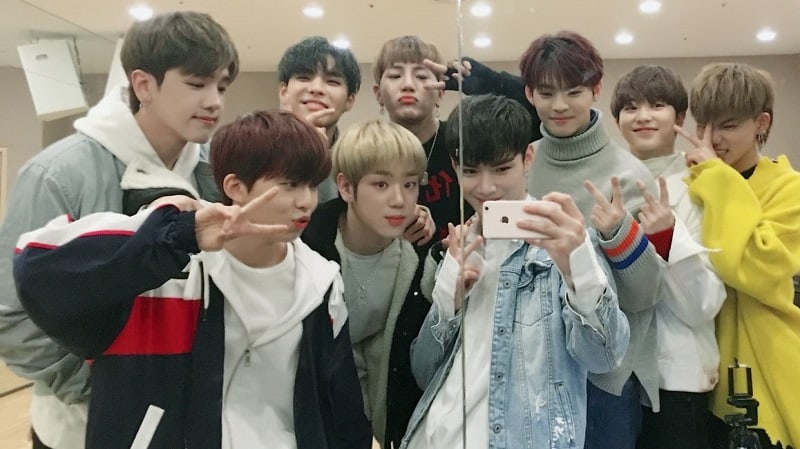 During the broadcast, each of the members shared what they had been up to since the “MIXNINE” finale. 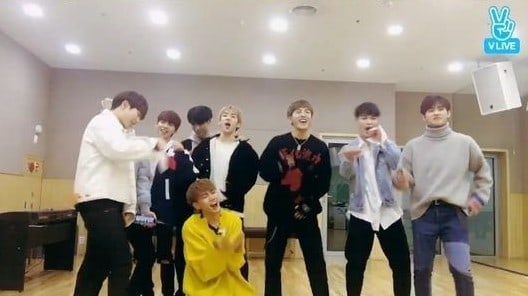 Woo Jin Young shared, “Just as before, I went to work at my company. I haven’t been able to rest yet, but I’m planning on resting now,” while Kim Hyo Jin said, “I rested for about two days. I wanted to practice on my own, so I went out to the practice room.”

Lee Ru Bin commented, “I had a fracture in my ribs, but I got a lot better and I can walk now. I think I just ate a lot of delicious food and lay around.” Lee Ru Bin had recently fractured his ribs ahead of the finale, but worked hard to perform with the rest of his team members.

Kim Byeong Kwan stated, “I went home for the first time in awhile, and just slept for three days. I ate and slept on repeat.” Choi Hyun Suk remarked, “Byoung Gon and I got a week-long vacation from YG Entertainment,” while Song Han Gyeom shared, “I got the flu the day before the finale, so after the live broadcast, I was in bed for three days straight.”

Kim Min Seok said, “I caught the cold the day after the finale so I lay in bed for two days. It was nice because I ate a lot of delicious food,” and Lee Dong Hun shared, “My family and I went to Pohang to eat the Youngduk crabs.” Finally, Lee Byoung Gon revealed, “I just slept in my room, but I’m really into indoor fishing these days.” 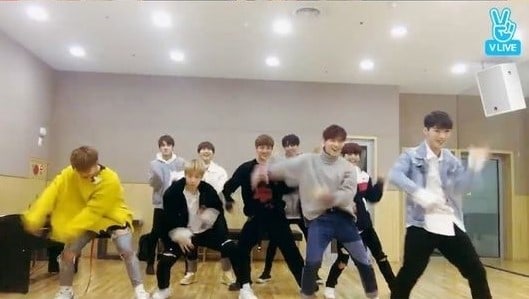 Many fans tuned in for the first V Live broadcast by the winners of “MIXNINE” as a full group, with the broadcast surpassing over 30 million hearts. To commemorate reaching 15 million hearts, the members performed a random play dance to “MIXNINE'”s main song “Just Dance,” BIGBANG’s “Bang Bang Bang,” and TVXQ’s “Hug.”

Once they reached 20 million hearts, the members ordered pizza and chicken to put on an eating broadcast (mukbang). As Kim Min Seok was chosen to pay for the food, he remarked, “Order everything you want to eat,” with a laugh. 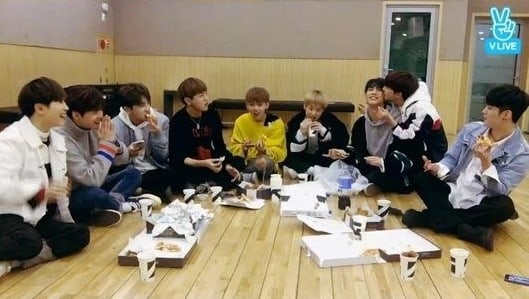 While they ate, the members also read various comments from the fans, including a question regarding their first impressions of one another. Woo Jin Young shared, “I was really nervous the first time I saw Byoung Gon. His hair is blue, and he had an intimidating gaze on the bus. Now he is the cutest younger friend. Kim Byoung Gon complimented Kim Min Seok, saying, “I didn’t know at first, but Min Seok is so genuine and the best.”

Song Han Gyeom revealed, “When I first saw Hyo Jin, he looked cold so I thought, ‘He must be unfriendly like his face,’ but he’s a very warm older friend.” Choi Hyun Suk stated, “I was scared when I saw Jin Young. I was waiting in the bus, but when Jin Young came, he leaned against the window as he counted the number of people one by one. It was scary.”

The winning team from “MIXNINE” continued to interact with their fans during the broadcast as they performed various requests and more.