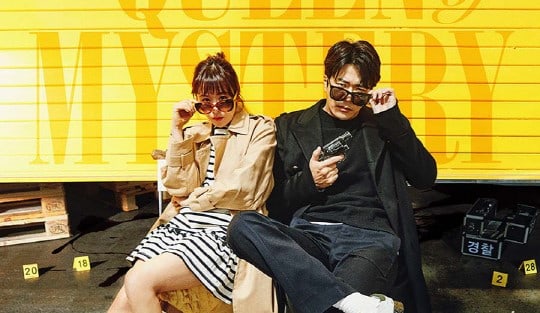 Upcoming KBS drama “Mystery Queen Season 2” has released a poster of their two leads, full of charisma and ready to take on any case that comes their way.

In the poster, Kwon Sang Woo and Choi Kang Hee sit in front of a crime scene. The two confidently lounge in their chairs and peer over their sunglasses with sharp gazes. Kwon Sang Woo is decked out in black, fully embodying his role as a detective, while Choi Kang Hee’s trench coat and bright red boots accurately reflects her signature fashion sense as well as her bold personality. The poster also cleverly adds the drama’s first air date (February 28, 2018) in the numbered panels 20, 18, 02, and 28 used in the crime scene behind them. 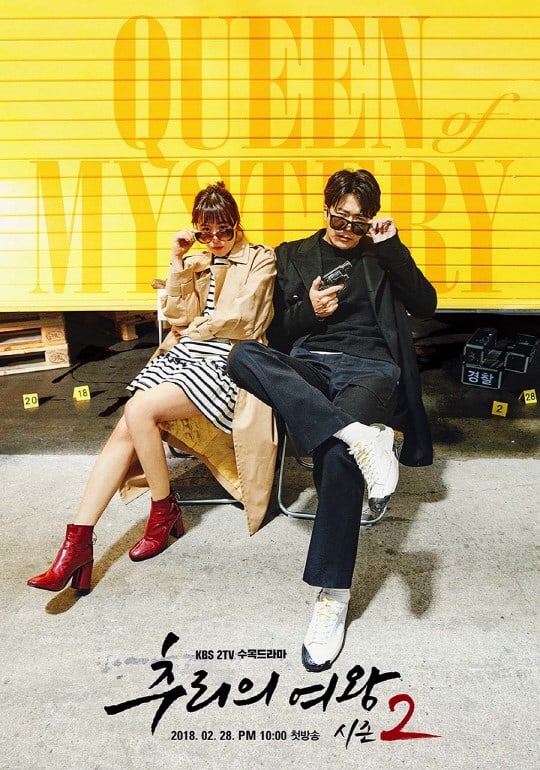 “Mystery Queen 2” is the second season about a detective and a woman who gave up her dream to become a detective after marrying a prosecutor, as the two unexpectedly team up to solve crimes together. The first season received a lot of love for their hilarious storyline as well as the teamwork between the two leads.

The drama will air its first episode on February 28 at 10 p.m. KST. Be sure to check it out when it becomes available on Viki!