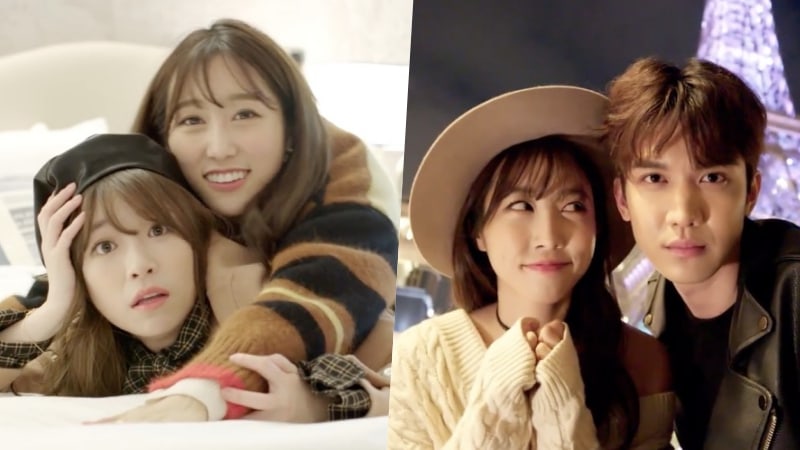 The duo CoCoSoRi has released a new MV!

On February 7 at midnight KST, CoCoSori released their new music video for “Mi Amor.” In the video, CoCo and SoRi play friends on a trip in Macau who both fall head over heels for a handsome stranger who’s staying at their hotel. Their crush is played by rookie actor Ji Ho Sung.

CoCoSori made their debut in 2016 under Mole Entertainment, and member SoRi (Kim So Ri) recently came in seventh among the female contestants on the YG Entertainment and JTBC survival show “MIXNINE.”

CoCoSoRi
How does this article make you feel?