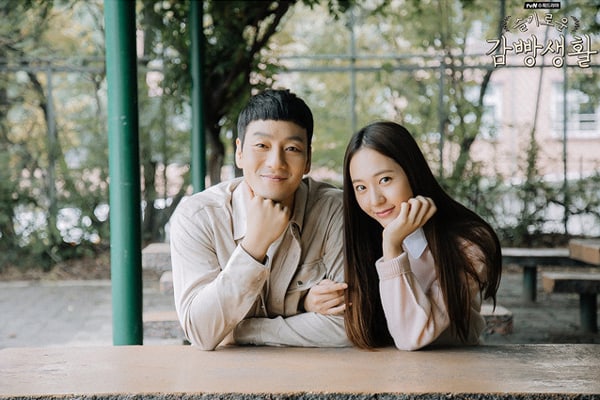 Previously, f(x)’s Krystal talked about filming the kiss scenes with actor Park Hae Soo, and this time, he shared his own perspective to it.

Park Hae Soo and Park Ho San from “Prison Playbook” made an appearance on tvN’s variety show “Life Bar.” During the show, Park Hae Soo talked about acting with Krystal. He said, “As soon as we met, we were comfortable with each other. Soo Jung (Krystal’s Korean name) took care of me a lot as well. Ever since I first saw her, I saw her as Ji Ho (her character in the drama).” To that, Super Junior’s Kim Heechul slyly added, “You thought, ‘Oh, she’s the girl I’m going to do a kiss scene with.'” 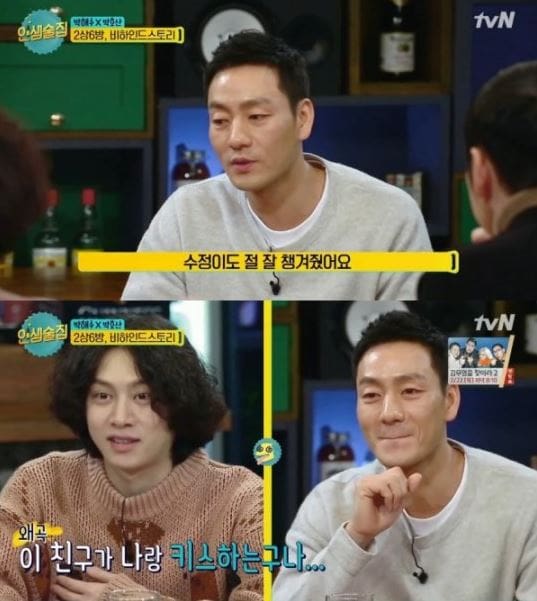 Concerning the kiss scenes, Park Hae Soo said, “I was stressed about kiss scenes because I’ve never done them before.” Surprised, Jang Do Yeon asked, “You’ve never kissed before?,” to which he replied, “No, I did kiss before.” He clarified that he never had an on-screen kiss before though.

Park Hae Soo explained, “The director and camera director showed me an example [of how to kiss] before I shot the kiss scene. They told me how to position and angle myself.” When Kim Heechul asked him what the kiss scene was like, the actor honestly replied, “We filmed it for a long time. The director even used the NG (no good) cuts in the drama.” After filming the kiss scene, Park Hae Soo admitted he patted her shoulder in an attempt to look composed in front of her.

Kim Heechul asked if Park Hae Soo felt closer to Krystal after the kiss scene, and Park Hae Soo replied, “Yes, I did. I could take care of her more. It’s not like your emotions get cut off right after you break apart from the kiss.” Shin Dong Yup commented, “Many men must have been envious of him,” and Jang Do Yeon added, “Many women were envious of her, too.” 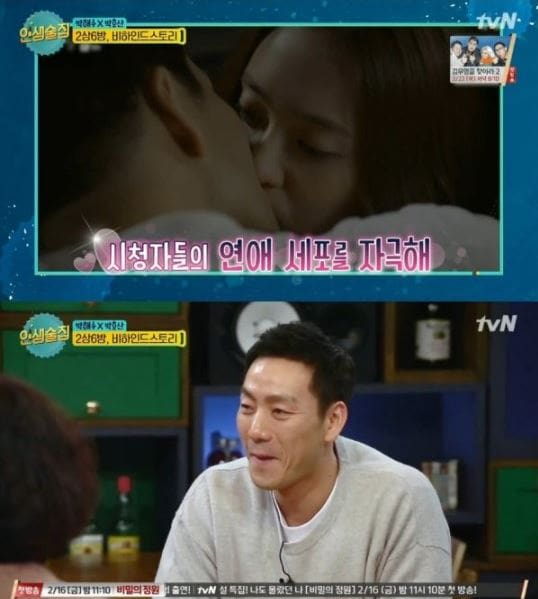