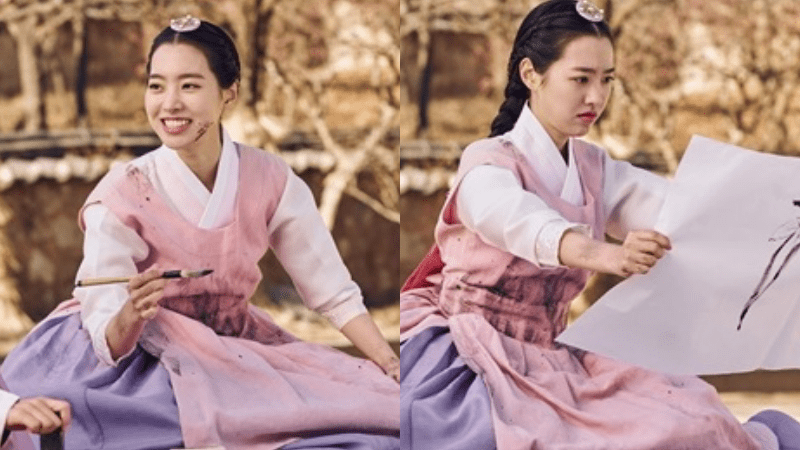 “Grand Prince” tells the tale of two royal brothers (Yoon Shi Yoon and Joo Sang Wook) who are willing to fight to the death if it means obtaining the love of Lady Sung Ja Hyun (Jin Se Yeon).

While in character, Jin Se Yeon is completely concentrated on her task at hand: painting. Even when her face, hands, and clothing become covered in the squid ink she is using, she remains focused. The actress’s contrasting bright smile and strong gaze clearly portray two aspects of Sung Ja Hyun’s personality. 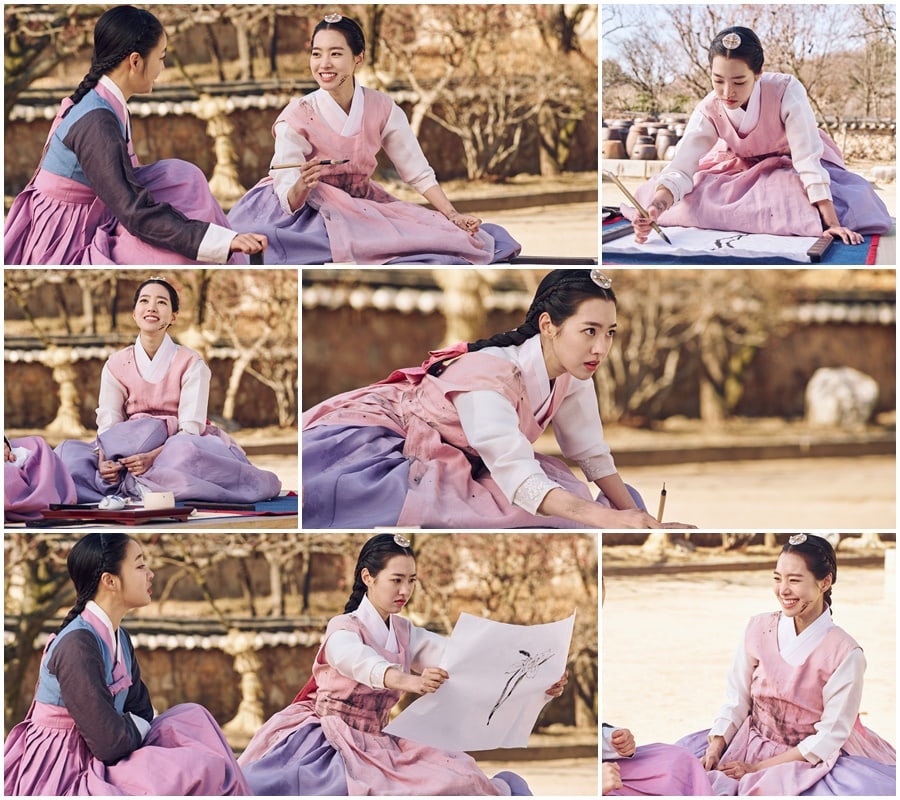 When filming this scene at a folk village located in Yongin, Jin Se Yeon couldn’t help but laugh at her own appearance when she saw herself splattered with ink. Despite cold temperatures, the actress never lost focus as she kept on practicing her lines and painting. She also helped keep the atmosphere lively with her positive energy.

The production team commented, “Jin Se Yeon is acting with a special affection for the production and her character Sung Ja Hyun. We hope that you will be excited to see how Jin Se Yeon will portray a passionate woman who can’t stand to see injustice, and can risk everything she has for the sake of her loved one.”

“Grand Prince” will premiere on March 3 and will be available on Viki! Check out the trailer here!