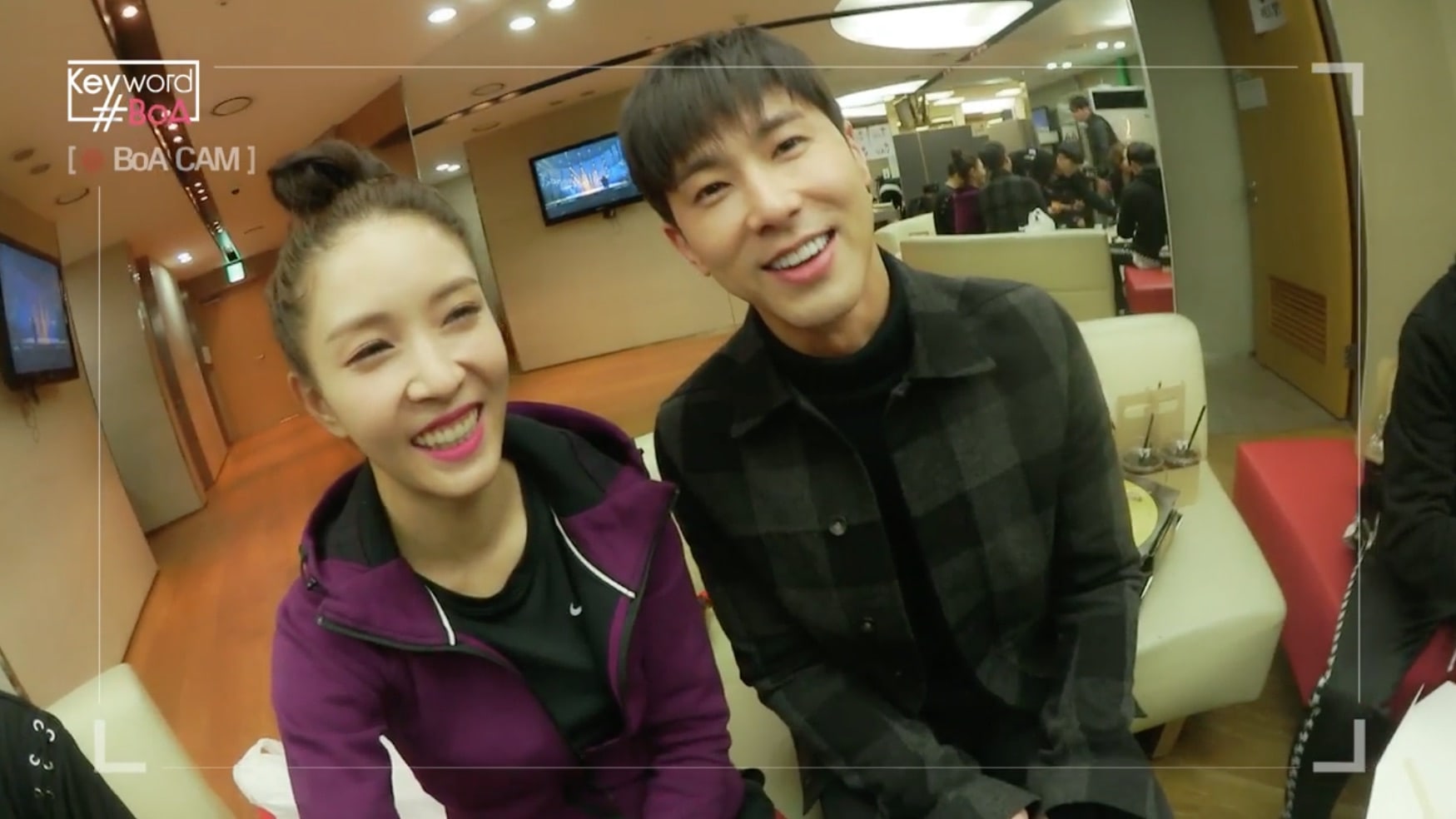 As a part of her reality show “Keyword #BoA,” the singer shared a clip from when her close friend, TVXQ’s Yunho came to cheer her on during her comeback recording for “M!Countdown.”

The clip was taken on February 1, and shows BoA, Yunho, and her staff sitting together and sharing a meal together. Yunho is surprised by the camera BoA is holding in her hand, and he’s not sure what to say at first.

BoA reveals that Yunho had bought all of the food that everyone was eating, and he quickly added in that he had paid with his personal card and not a company one. They keep joking back and forth, with Yunho confessing that he didn’t realize the recording would end so late, as it was around 1:30 a.m. KST at the time. BoA is touched when she finds out that Yunho had stayed at a such a late hour despite having a scheduled activity the next morning. He drops a hint that it’s for TVXQ’s upcoming comeback, and BoA cheers them on. 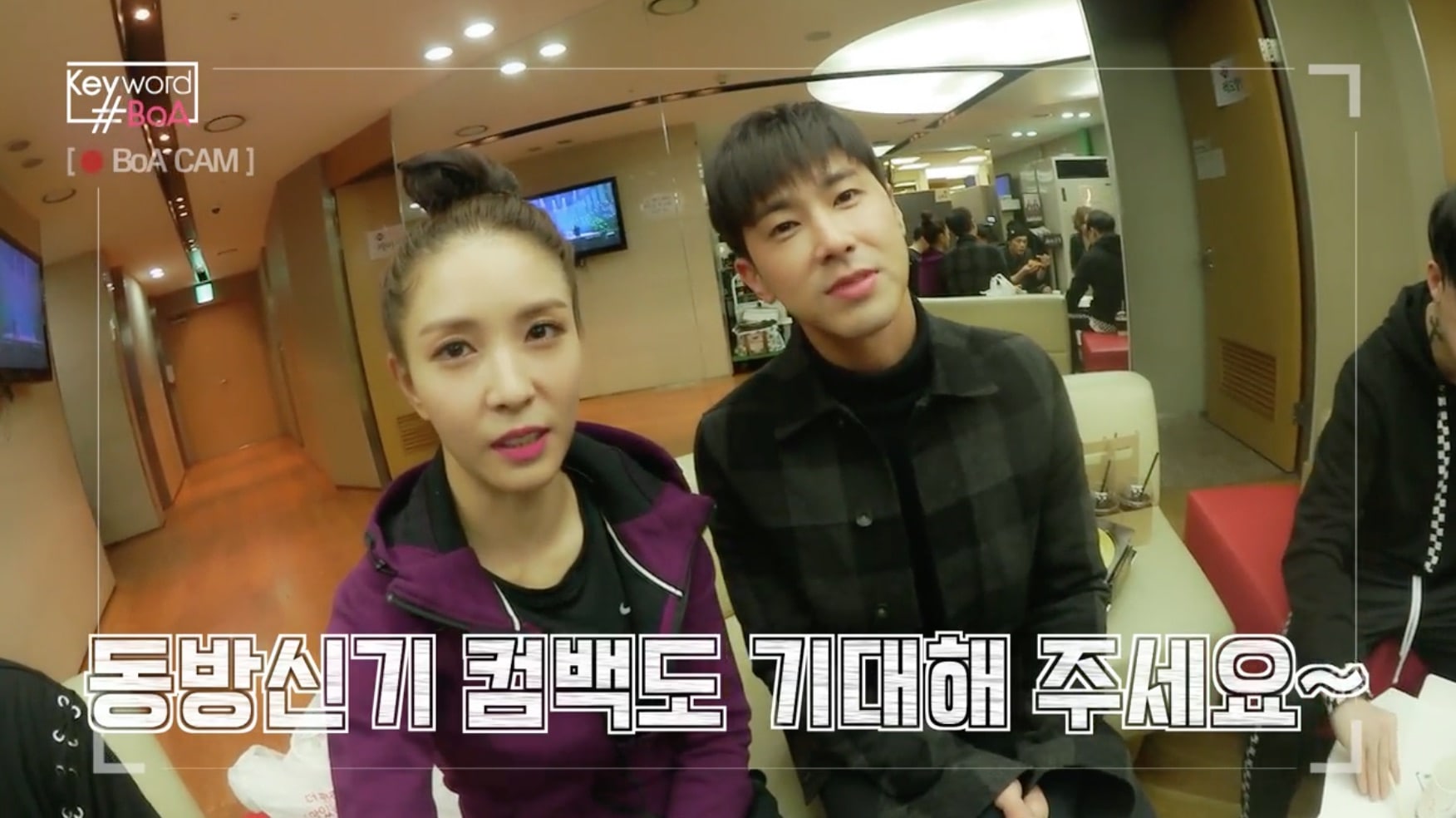 She then asks Yunho to share his thoughts on her latest comeback and he didn’t hold back as he says, “My anticipation was high because this is your first comeback in a while, and you went above and beyond what I expected. You really showed that this is what it means to be the ‘Star of Asia.'”

The two share a hilarious moment when BoA is praising him, saying, “You have a small face, you’re tall, you have a good personality…” and Yunho goes, “Wait.. I feel like I have to say, ‘That’s the truth of life,” referring to a freestyle rap Yunho had done on “Happy Together” in 2008 that is considered a “dark past” moment for him. BoA tries to stop him and she shouts, “No! Don’t do it! Don’t let it out!” and Yunho says, “Everyone, please forget what just happened.” They also refer to a moment when Yunho shouted, “Excuse me!” at an airport to help a fan who had fallen down. 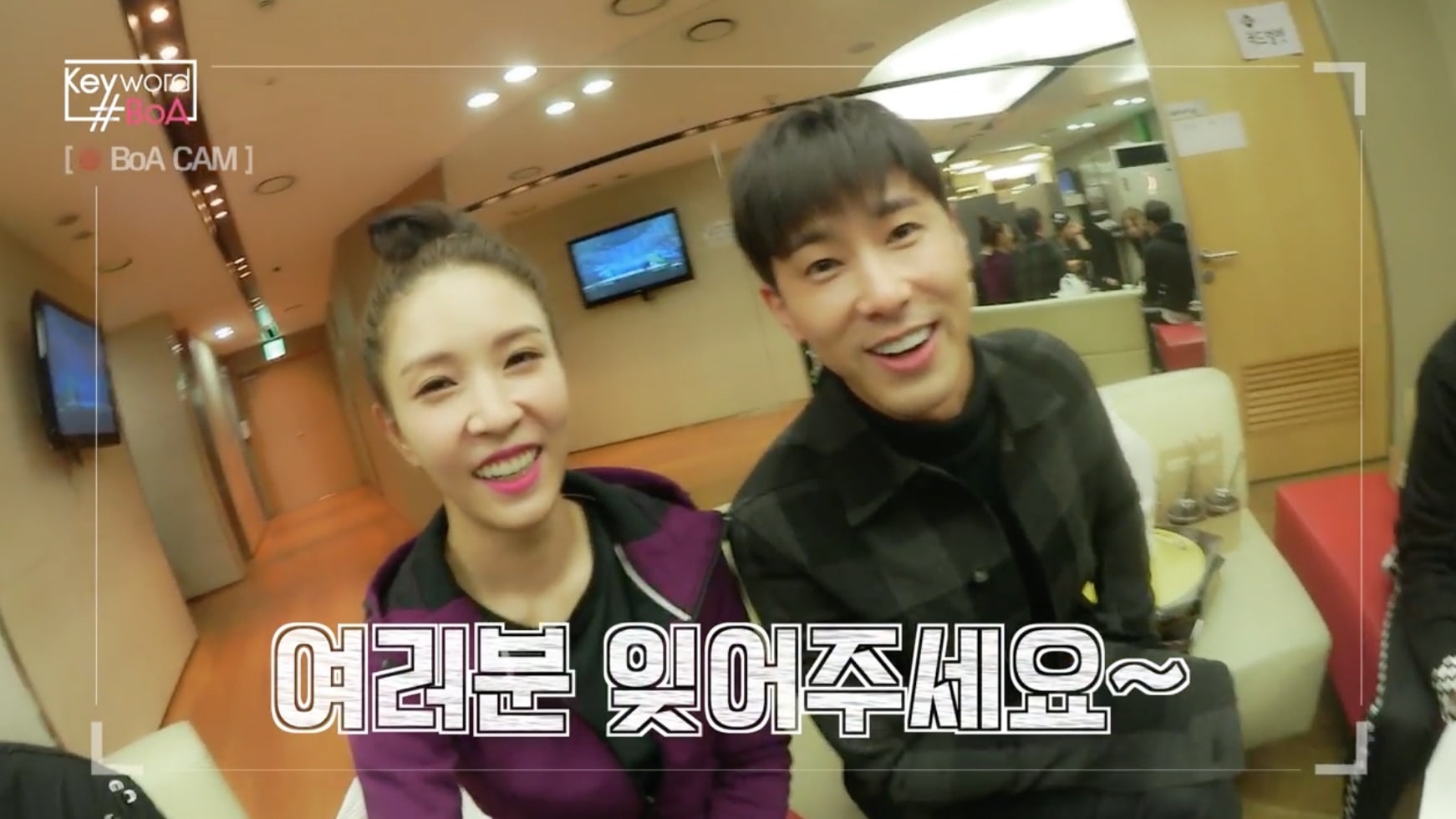 BoA is currently gearing up for the release of her first mini album “One Shot, Two Shot.” Check out the teasers here!

TVXQ
BoA
Yunho
Keyword #BoA
How does this article make you feel?