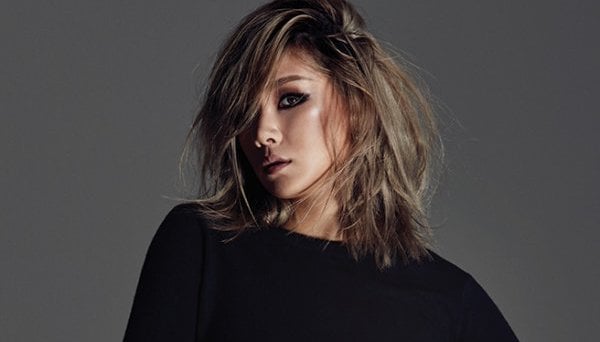 CL Talks About Her Goals In The U.S. Music Market And Thoughts On Promoting Without 2NE1

In a recent interview, CL talked about her plans for 2018 as she aims to break into the American music market.

With many fans awaiting a new release from CL, she has been working in the United States as she matches her process with that of the local music industry. “I wanted to take on a new challenge,” she said. “To be honest, success or failure is not really important. More than that, I just want to open a path [into the American music market.]”

CL is currently spending most of her time in the United States, although she recently traveled back to Korea for BIGBANG member Taeyang’s wedding to Min Hyo Rin. She said, “I’ve been in Los Angeles since the end of the year last year. I spent the new year in the United States too. I’ve been going back and forth between Korea and the United States while working on my music. I’m doing my best to create something that seems like me, as I continue to work together with producers and record executives.”

CL also elaborated on her goal to focus on taking on a challenge rather than achieving success. “I want to be a big help to the next person who will enter the American market,” she said.

In regards to her strategy, CL said, “I’m doing everything in alignment with the American process. Within that, I’m trying to add my own unique color.” She explained that she feels like she’s gone back to being a trainee, and that she’s working in the United States with that mindset.

CL also talked about working on collaborations with local artists. “As I’ve come to know a lot of American artists, it became possible for me to do some fun work,” she said. “Although there’s nothing confirmed yet, I’m planning a variety of things. Fresh and creative combinations are always exciting.”

CL is currently focusing on her solo career after the disbandment of 2NE1. She shared, “Now that I’m on my own instead of a member of 2NE1, there’s more pressure. I was always together with the other members, but now that I’ve been on my own, I often feel lonely. While there’s considerable pressure for me to do well, if I achieve a goal, the sense of accomplishment or benefit is large. There are times when I discover sides of me that even I didn’t know, and I am the happiest at those times.”

CL said, “Although we can’t do it together now, I hope that the members will all be healthy and do well. I’m always supporting them.”

When asked about her next steps, CL said, “The most important goal that I definitely want to achieve this year is my promotions in the United States. I want to make it up to my fans who have always been beside me, waiting and supporting me.”

She added, “I’ll be spending my busiest year in 2018 in Korea and the United States. Please look forward to it.”