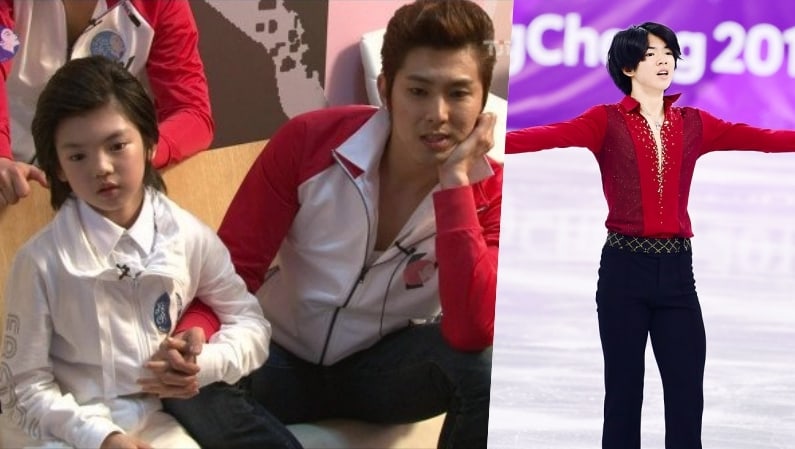 As South Korean skater Cha Jun Hwan takes to the ice during the 2018 PyeongChang Winter Olympics, many fans are looking back at TVXQ member Yunho’s encouraging prediction towards the young skater in the past!

Yunho and Cha Jun Hwan got to know each other when they both appeared on the SBS skating competition show “Kim Yuna’s Kiss & Cry” back in 2011. When Cha Jun Hwan, who was only 11 years old (in Korean reckoning) at the time, was eliminated in one episode along with another contestant, they were comforted by the rest of the cast as they burst into tears.

While the others supported them and told them not to cry, Yunho embraced the young Cha Jun Hwan and said, “This isn’t your goal, your goal is the world. You’re going to head out towards the world.” As the pair had been competitors on the show, Yunho also joked, “You’re my eternal rival.”

With Yunho’s encouragement gaining attention once again during the Olympics, many fans have commented on how sweet the moment was.

You can watch the clip below!

Update: This article has been edited for clarification.

TVXQ
Yunho
XPN
Cha Jun Hwan
How does this article make you feel?