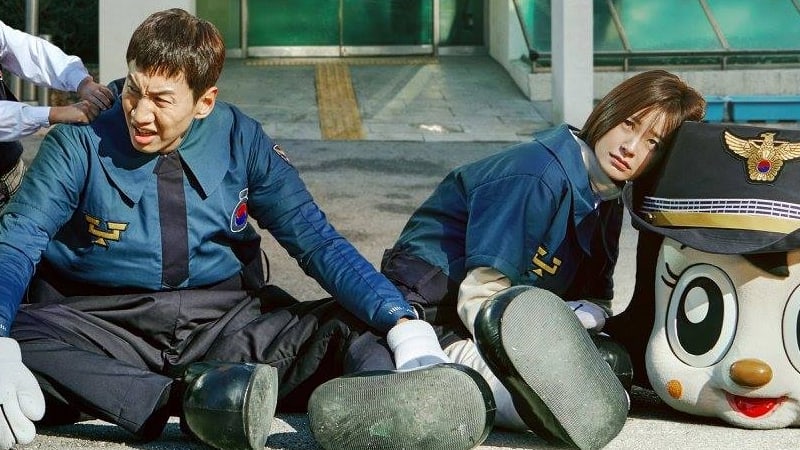 “Live” will tell the story of the police officers of the Hongil patrol division and their around-the-clock efforts to protect citizens and uphold the law.

The first poster shows 15 police officers striking a unified pose in their navy blue uniforms. Although the officers are all striking the same pose, the individual traits of each character still shine through. Each police officer in the drama has his or her own story, and “Live” boasts a colorful cast of characters portrayed by talented actors.

According to the production staff, the poster was a result of the actors’ perfect teamwork. It was difficult to capture all 15 actors in the same pose in one shot, but thanks to Sung Dong Il‘s leadership, the team was able to pull it off with laughter and passion. 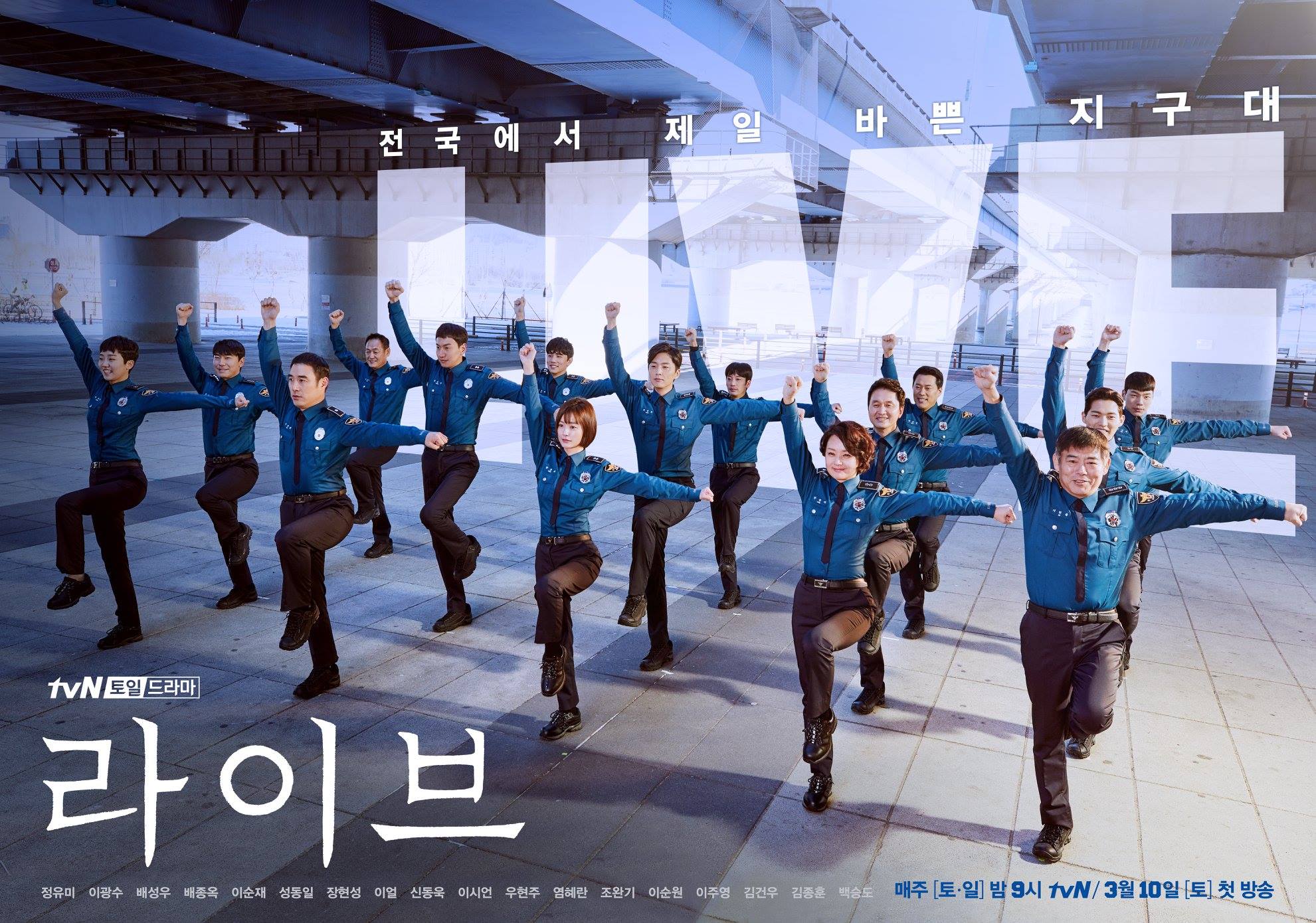 In the second poster, Lee Kwang Soo and Jung Yoo Mi look exhausted after dressing up in police mascot costumes. The two worn-out officers sit in front of the police station with their masks off, surrounded by laughing children.

The production staff commented, “All of these different people, who have their own stories and reasons for becoming police officers, will come together to create one story under this patrol division. Please look forward to the realistic acting of the actors and a drama in which the charms of each character come to life.” 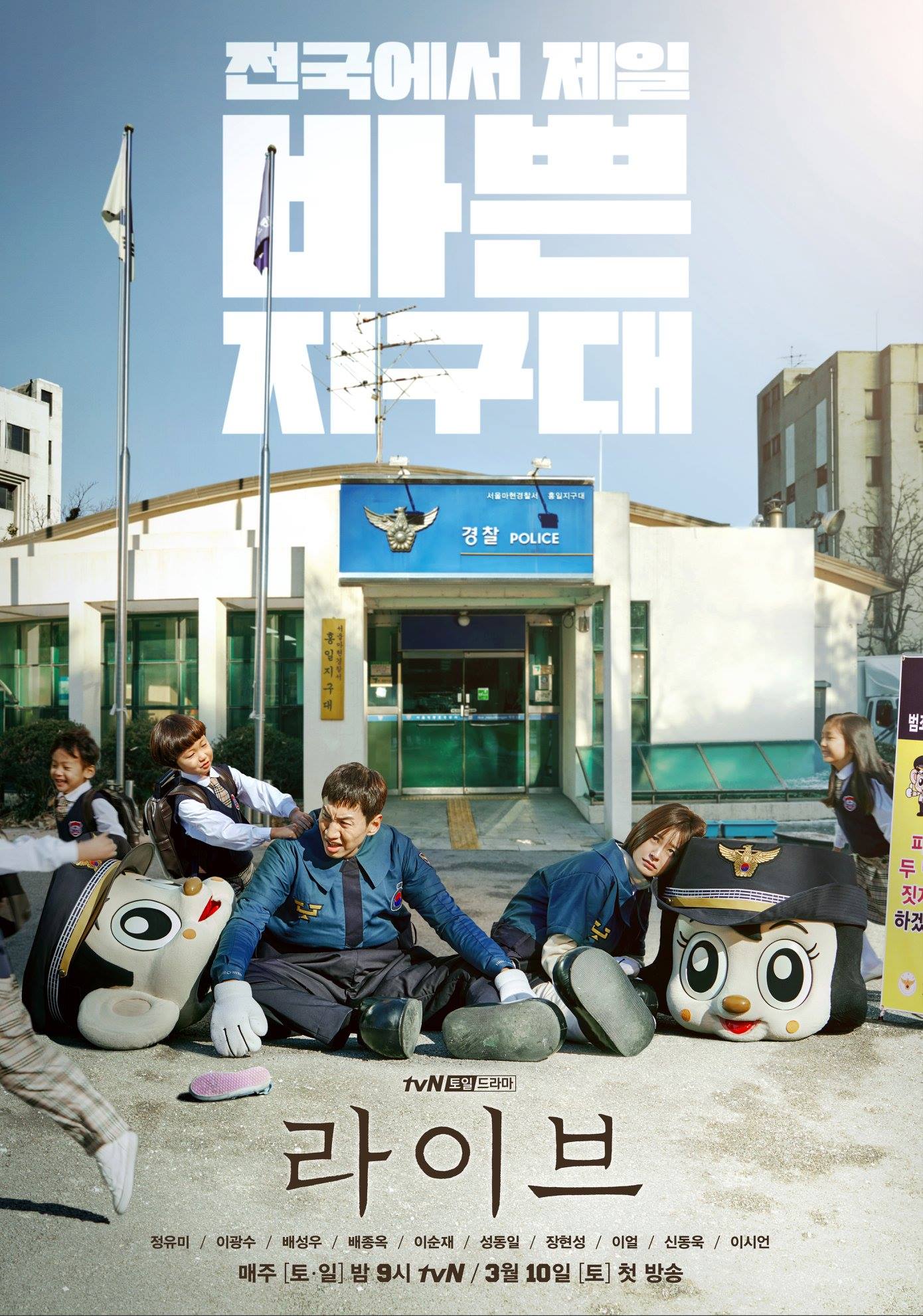 The behind-the-scenes video introduces viewers to lead actors Lee Kwang Soo and Jung Yoo Mi with a sneak peek of the two stars filming “Live.” Han Jung Oh is a rookie police officer who lives fiercely in order to not lose to others, while Yeom Sang Soo declares that he became a police officer simply to make a living.

The video also shows the actors participating in a script reading, visiting an actual patrol division, and filming their first scenes. The clip emphasizes the difficult process of becoming a police officer, including the strenuous physical training required of the officers. It ends with two brief previews of the main characters.