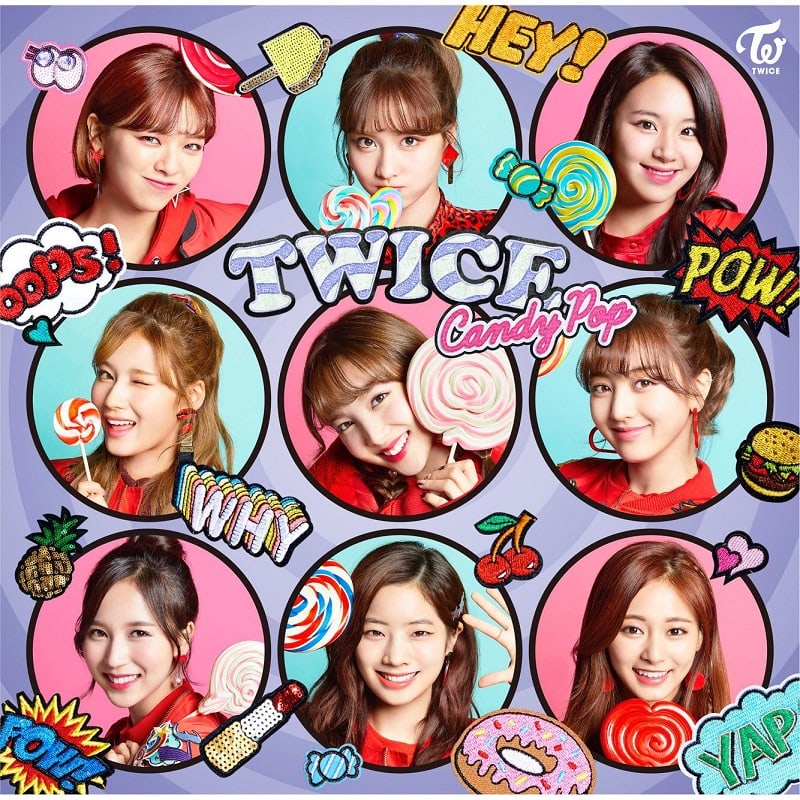 TWICE has reached yet another achievement in their Japanese promotions, surpassing 1 million album sales!

TWICE’s second Japanese single “Candy Pop” was released on February 7, and surpassed over 400,000 copies manufactured within the first two weeks of release. As of February 23, TWICE had recorded 402,319 orders of “Candy Pop” for albums delivered from factories. Additionally, TWICE’s Japanese debut album “#TWICE” and first Japanese single “One More Time,” which was released last October,” have sold 326,400 and 329,400 copies, respectively as of February 23. With the wide success of “Candy Pop,” TWICE has now sold over 1 million albums in Japan collectively in just eight months since their Japanese debut with “#TWICE” last August.

TWICE has exceeded 400,000 orders of “Candy Pop” for albums delivered from factories, with more than 300,000 albums sold according to the Oricon chart, marking a new record and proving TWICE’s growing popularity in Japan. Following its release on February 7, “Candy Pop” topped the Oricon daily singles chart for six consecutive days, also ranking high on the weekly chart. According to Billboard Japan, “Candy Pop” sold 303,746 copies in its first week and topped the Hot 100 chart by coming in first for sales, views, streams, and video plays.

Billboard Japan commented, “Compared to their first Japanese single ‘One More Time,’ which had 219,131 sales in the first week, ‘Candy Pop’ recorded 199,125 sales in just the first three days. They sold 10,000 more copies after that, exceeding their first-week sales record by 85,000 copies. Even before their Japanese debut, TWICE was well received by listeners in the digital domain through streaming and downloads, but through their 2017 Japanese debut, they appeared on Kohaku Uta Gassen and increased their media appearances. As the opportunities to watch TWICE’s performances increase, their sales power is growing and becoming stronger as well.”

TWICE will be kicking off their second tour “TWICELAND ZONE 2: Fantasy Park” in Seoul with concerts from May 18 to 20. TWICE will then head to Japan for concerts in the Saitama Super Arena on May 26 and 27 and at the Osaka Castle Hall on June 2 and 3.