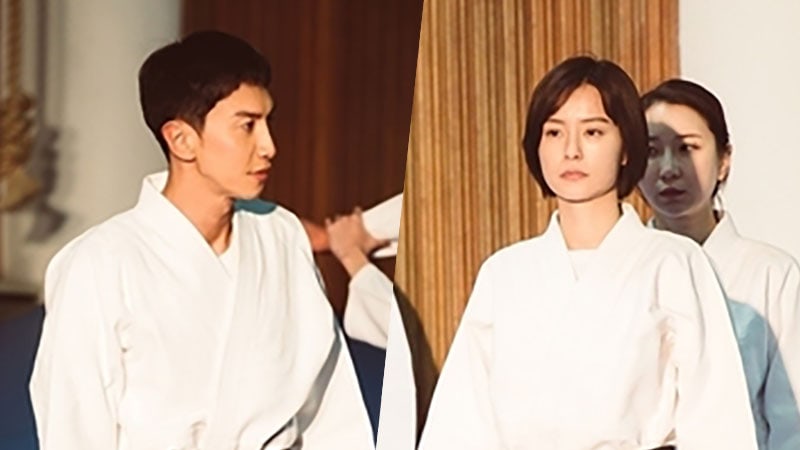 Written by Noh Hee Kyung and directed by Kim Kyu Tae, “Live” depicts the realistic lives of police officers in the busiest district, Hongil Patrol Division, as they work round the clock to solve cases. In the drama, you can expect to see the clash of rookie police officers Han Jung Oh (Jung Yoo Mi) and Yeom Sang Soo (Lee Kwang Soo) as they meet the hot-headed veteran, Oh Yang Chon (Bae Sung Woo).

In the released stills, Han Jung Oh and Yeom Sang Soo, dressed in Judo uniforms, undergo intensive martial arts training. Both trainees looked nervous and drained, while an individual fiercely oversees them. That individual is none other than Oh Yang Chon, a ruthless instructor who doesn’t hesitate to give penalty points to students. 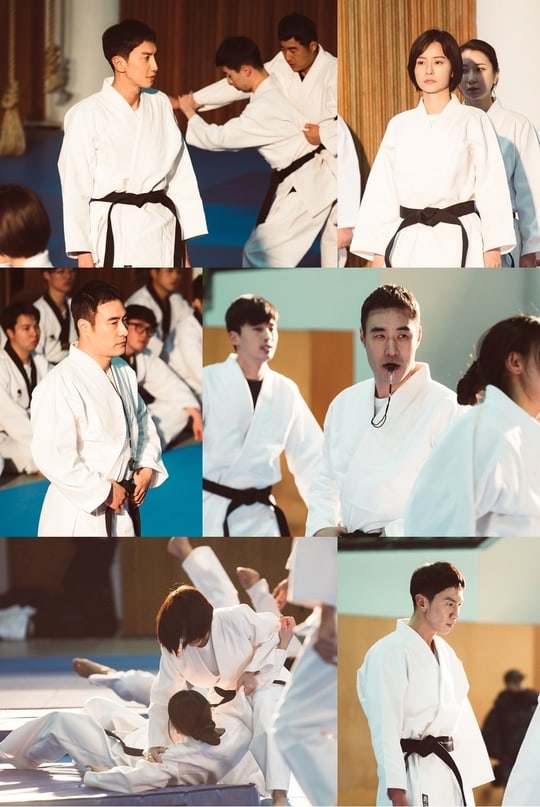 A staff member of “Live” shared, “The drama shows the first meeting of Han Jung Oh, Yeom Sang Soo, and Oh Yang Chon, who end up working together on the same team. The three will have a rough start as they butt heads from the beginning.”