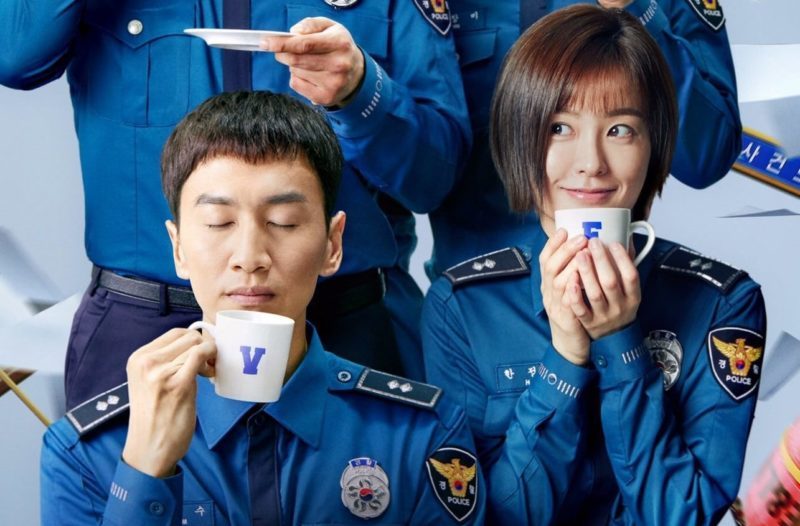 “Live” follows the policemen in a patrol division, and the unpredictable accidents and cases that occur at their workplace. Amidst the chaos, the realistic and down-to-earth policemen work hard to keep justice.

Ahead of its premiere, the drama has released two official posters. The first shows newly-admitted policemen Jung Yoo Mi and Lee Kwang Soo helping a child. Jung Yoo Mi tenderly speaks to the child while Lee Kwang Soo holds the child’s hand tightly while speaking into his walkie-talkie. The two in the poster show a scene that can commonly be seen anywhere in the streets, making the drama even more relatable. 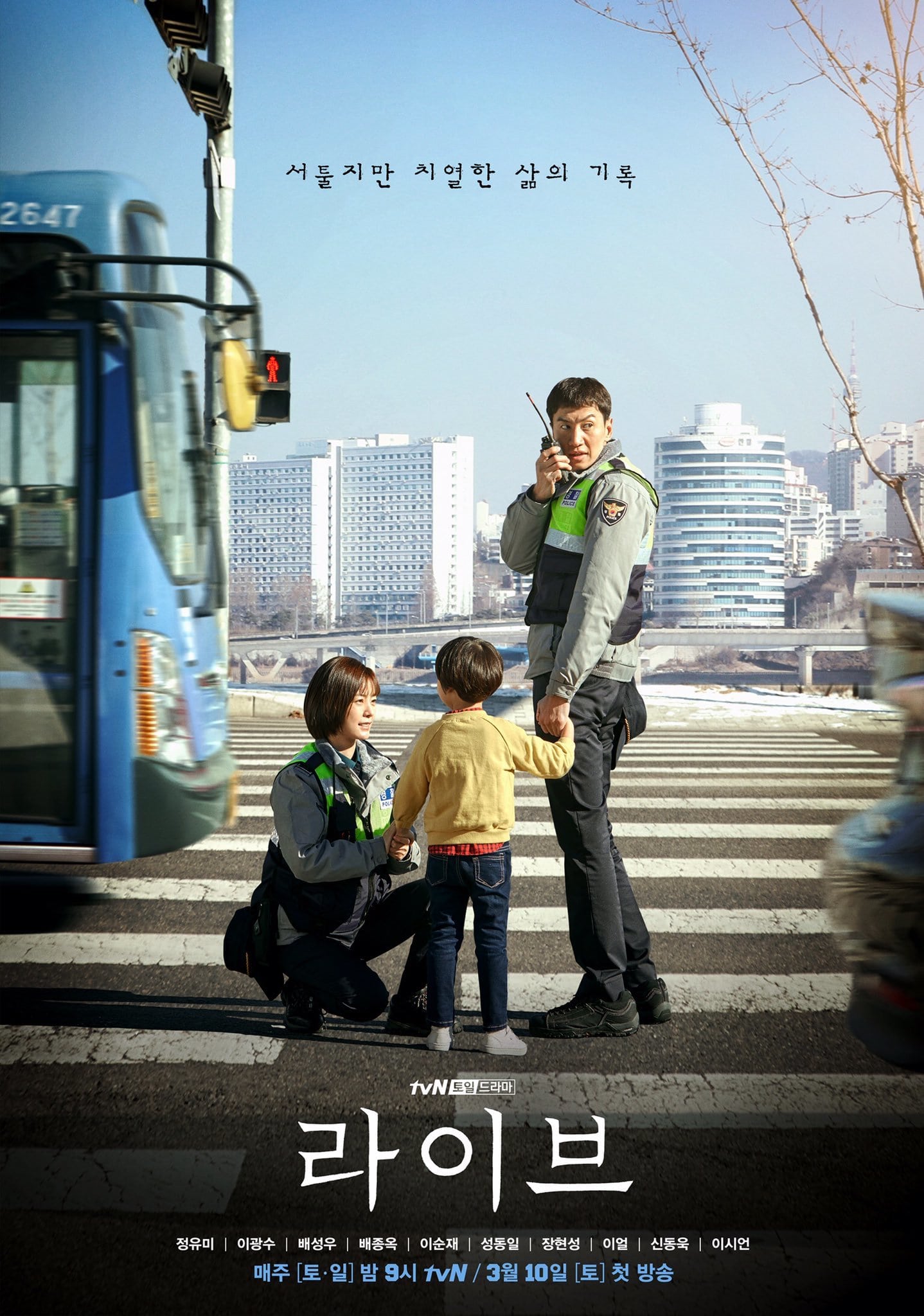 The second poster is of Jung Yoo Mi, Lee Kwang Soo, Bae Sung Woo, and Bae Jong Ok. Case files, daily logs, handcuffs, and more fly about in the background, showing the chaotic, busy work that the policemen do. Amidst the chaos, the four policemen calmly take a break as they sip on their beverages. 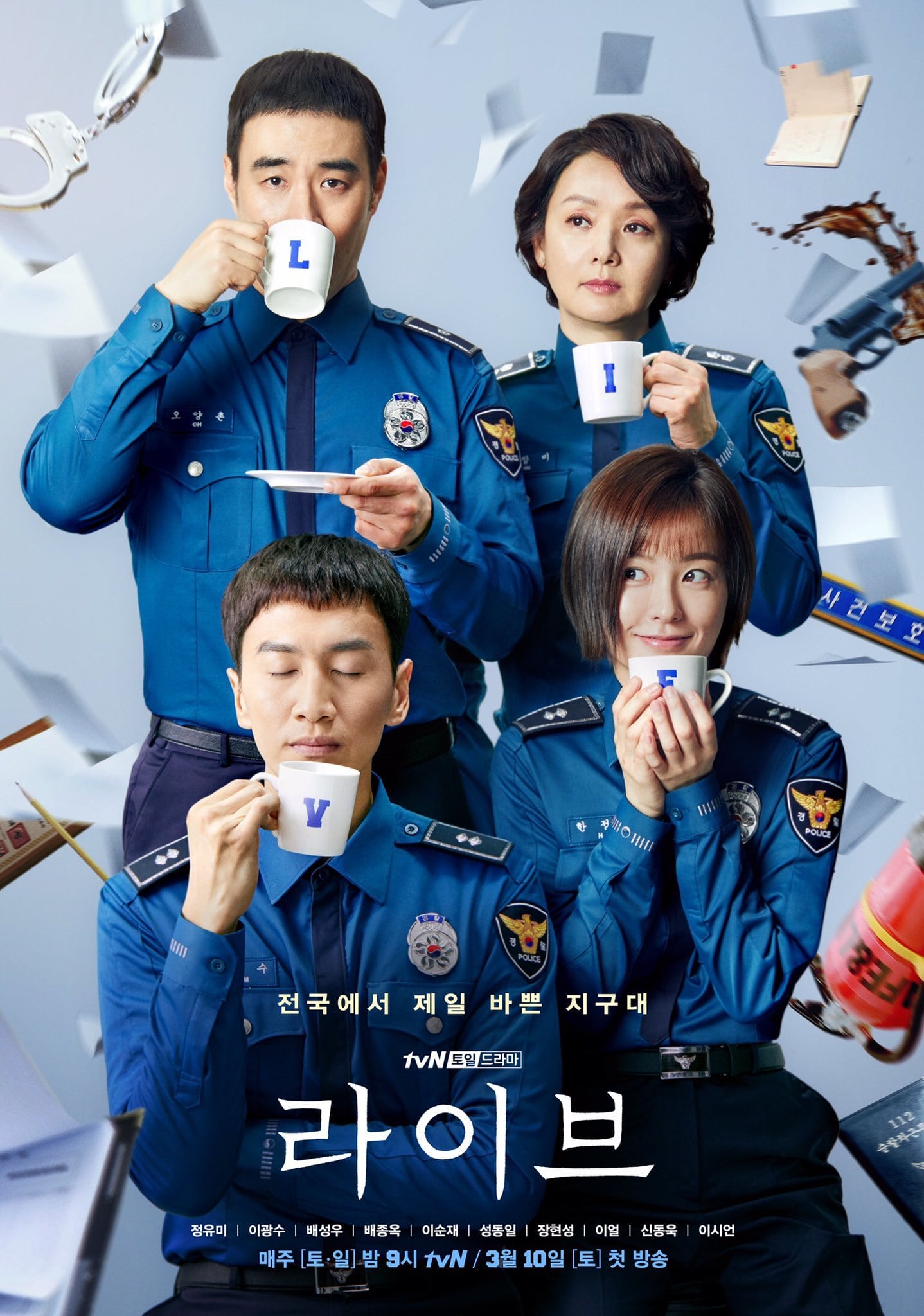