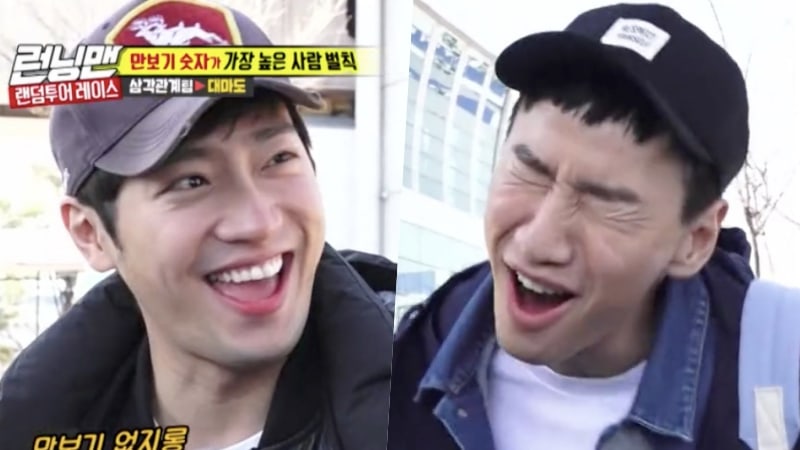 Actor Lee Sang Yeob’s hilarious chemistry with Lee Kwang Soo proved to be the highlight of this week’s episode of “Running Man”!

Lee Sang Yeob appeared as a guest on the March 4 episode of the SBS variety show, where he teamed up with cast members Song Ji Hyo, HaHa, and Lee Kwang Soo for the “Random Tour” race. Each teammate was required to carry a pedometer for the entirety of the race, and the ultimate goal was to try to record the lowest number of steps possible while completing various missions.

Unsurprisingly, Lee Kwang Soo did everything he could to increase the step count on his fellow teammates’ pedometers throughout the episode. Shortly after declaring his loyalty to his team and to his friend Lee Sang Yeob, Lee Kwang Soo took advantage of an opportunity to sabotage Lee Sang Yeob by furiously shaking his pedometer as fast as he could.

He then turned to Song Ji Hyo and said, “Now I understand why you swore at him earlier.” 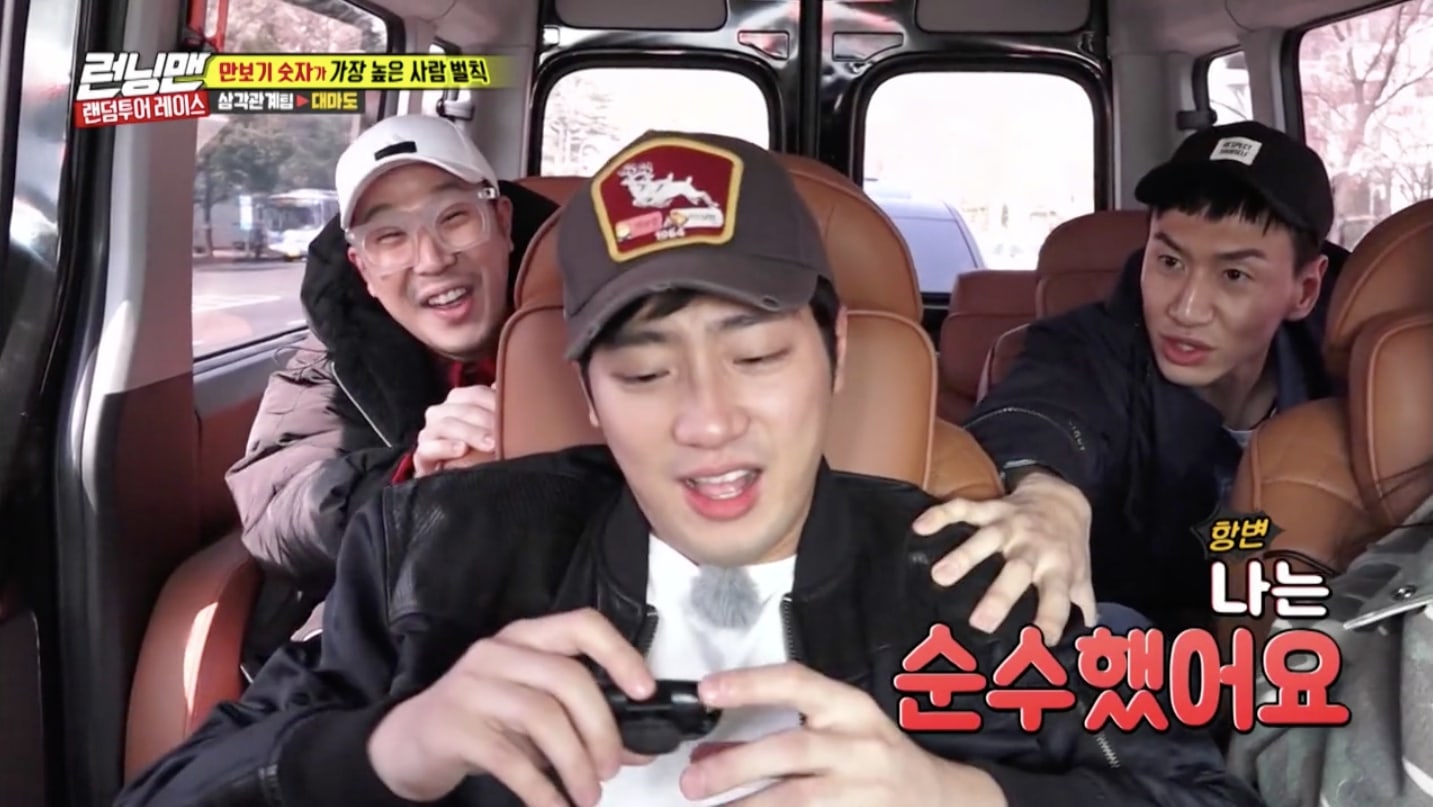 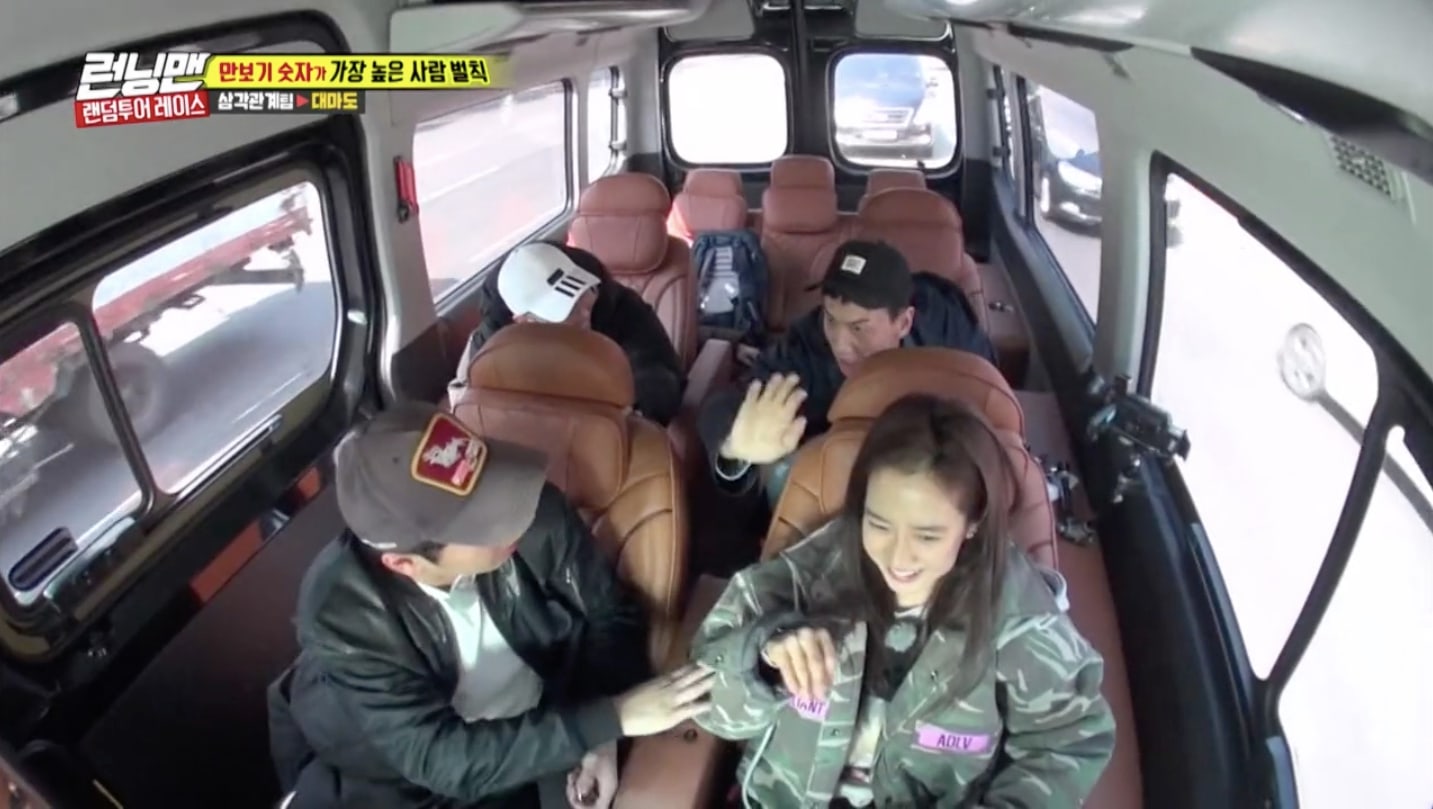 When Lee Kwang Soo attempted to defend himself, Lee Sang Yeob laughed in disbelief, “You’re really a con artist! You’re the garbage of the universe! Like Lee Da Hee said, a scoundrel. You’re really a scoundrel. [Scoundrel] is a cute way of putting it!”

The two actors’ hilarious dynamic drove up the viewership ratings as the episode progressed, and the most-watched minute of the show arrived at the very end of the broadcast. Shortly after their passionate bickering, the show’s ratings peaked at 9 percent during the team’s meal in Japan.

Lee Sang Yeob also posted two adorable photos from the trip on Instagram, writing “#family” and #betrayal” in the hashtags.

Check out Lee Kwang Soo and Lee Sang Yeob’s amusing antics on the latest episode of “Running Man” below!