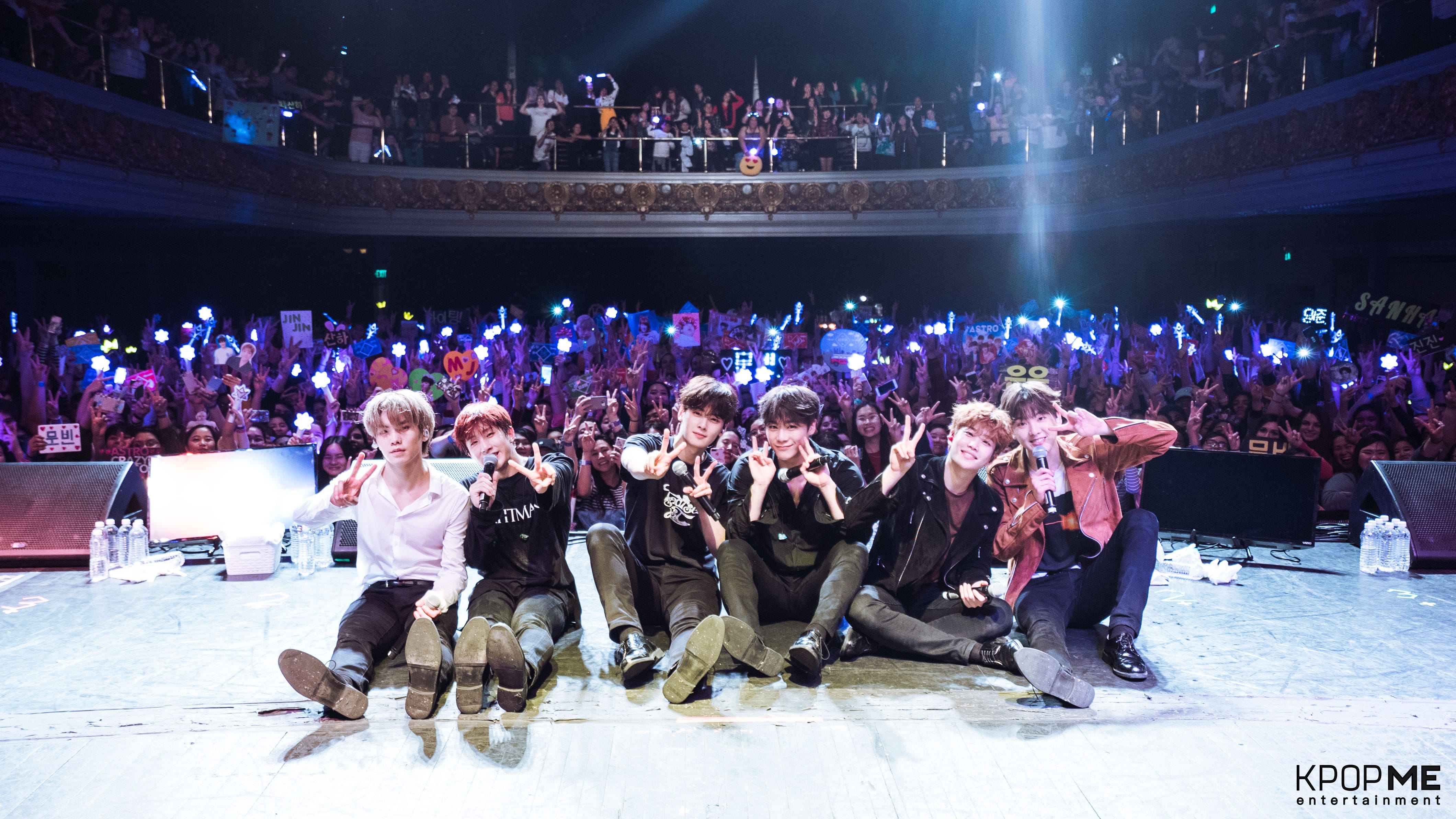 ASTRO kills us everyday with their good looks, talent, and aegyo on screen. But if you are ever fortunate enough to have ASTRO perform nearby, you have to go! We caught them in San Francisco on their first solo U.S.Tour and here are 5 reasons you would not want to miss the show! 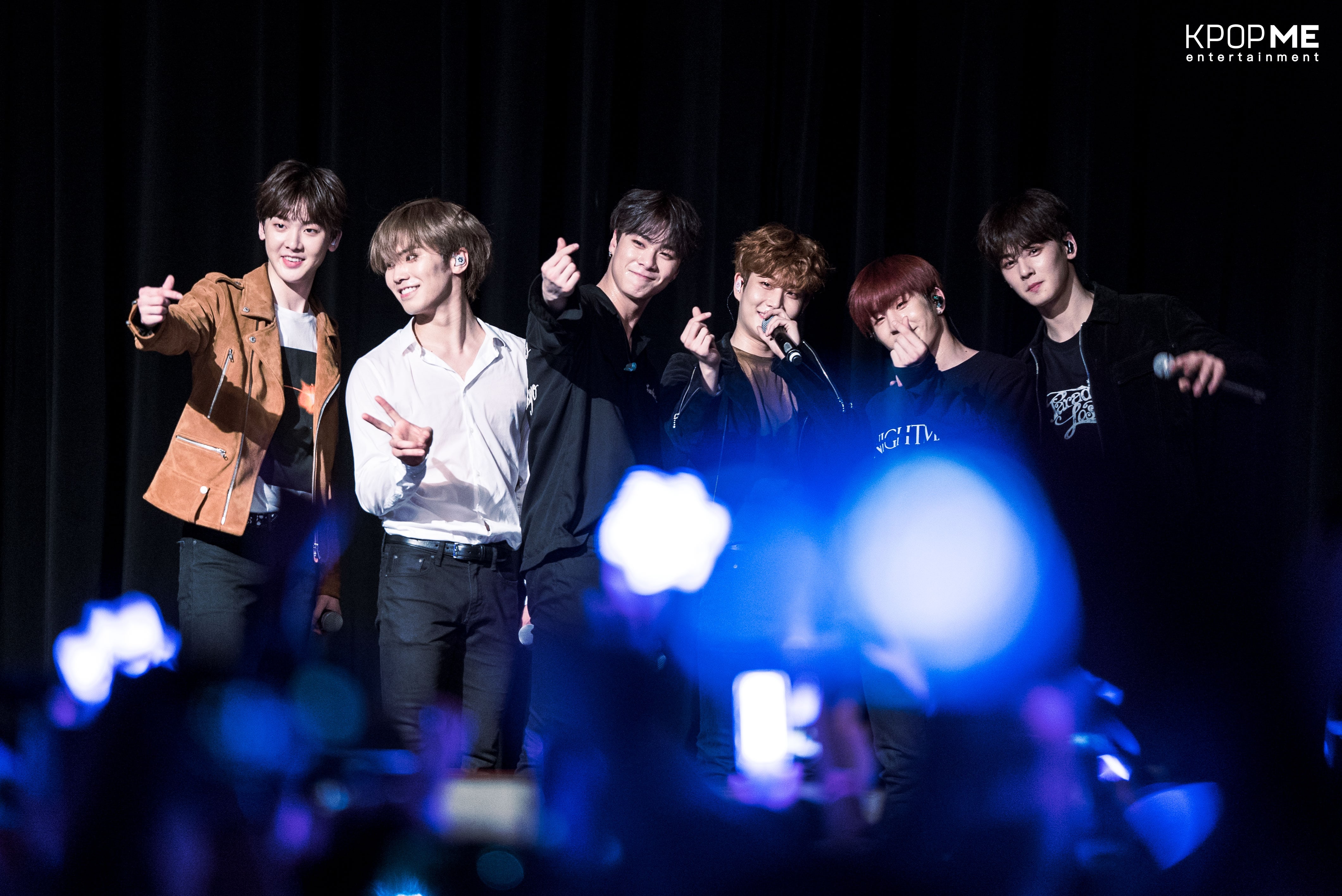 ASTRO was ecstatic for their tour and made sure they let everyone know. The night prior they uploaded a vlog onto VLive of them jumping up and down in their hotel room that melted our hearts. The next day, they brought that energy to the stage the and talked about their love for the bay, but most importantly their love for all AROHA! 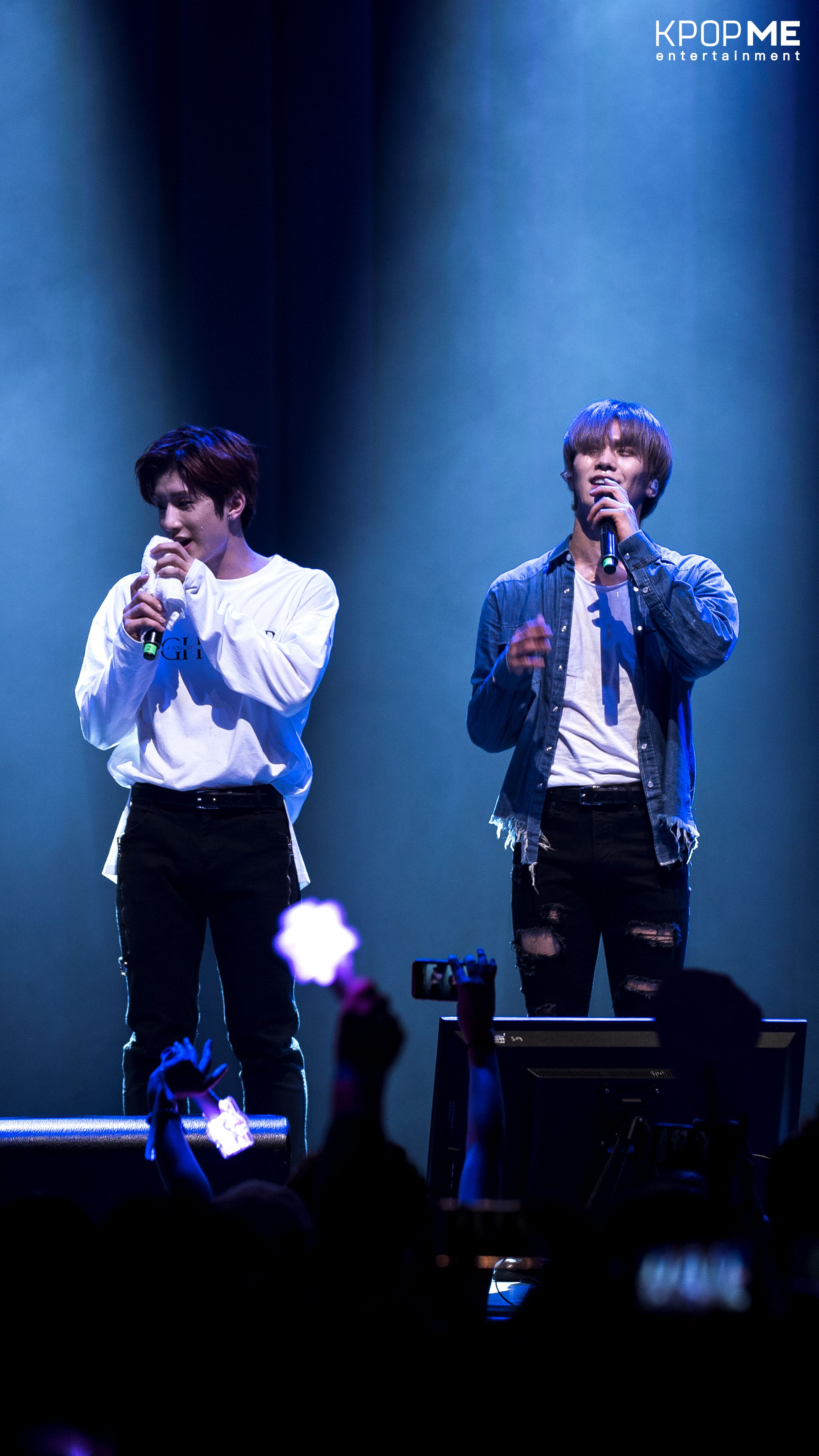 As we were waiting for ASTRO to come on stage, everyone wondered what their first song would be. Would it be their debut song, ‘Hide and Seek’ or their most recent hit, ‘Crazy Sexy Cool.’ To our surprise, it wasn’t even an ASTRO song, but an specially made for us dance duet to a remix of Despacito from JinJin and Rocky that then led into a group performance of ‘Again’! The whole venue was lit!

3. ASTRO will answer your questions! 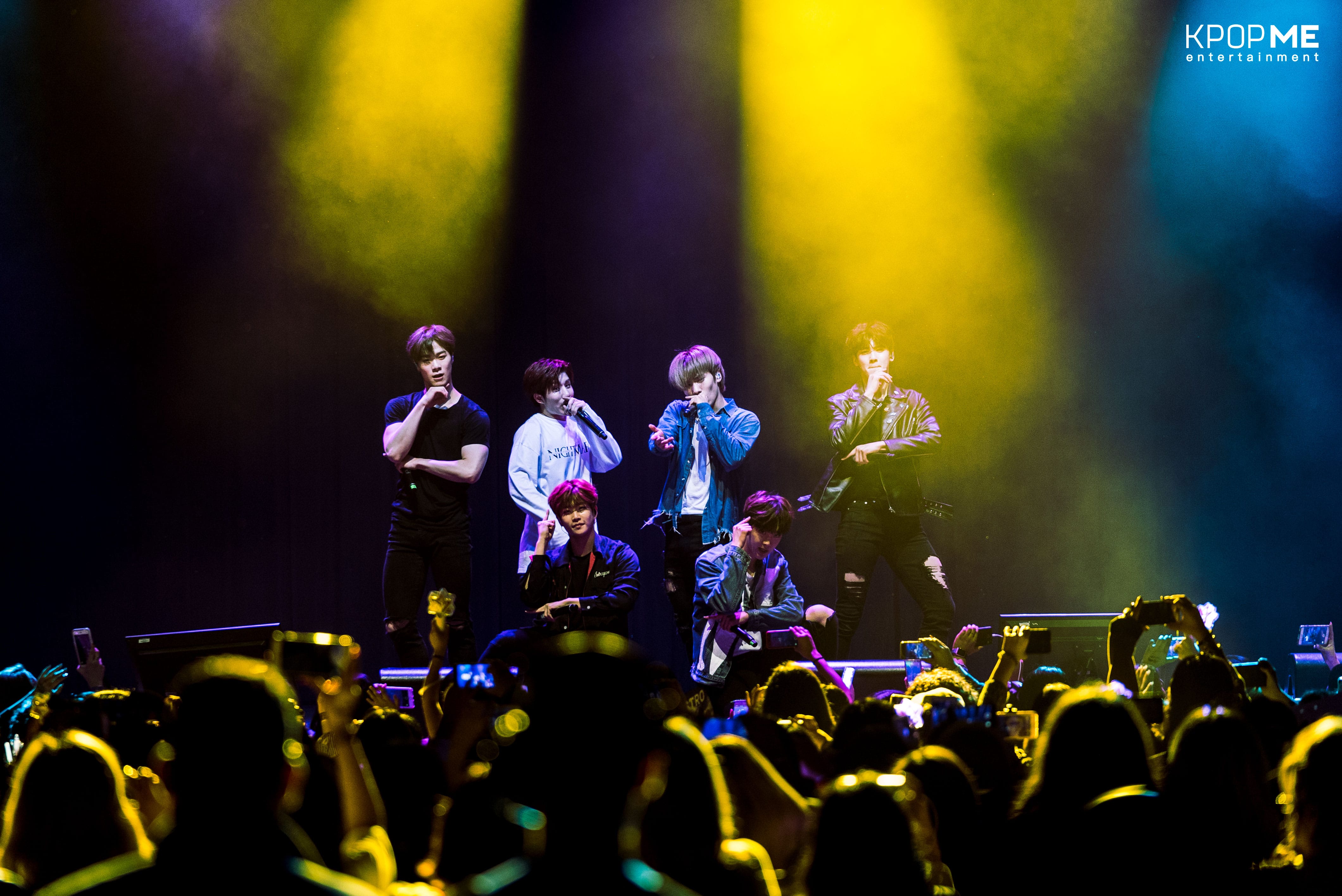 We were fortunate to have our concert be a fanmeet so the boys sat down and answered question from the audience so that we could get to know them even better!

The first question was ‘Who is the clumsiest?’ That’s when all of ASTRO pointed and said Moonbin! Of course everyone bursted into laughter especially since he very adorably denied. So the MC decided that he needed a second opinion and asked the crowd who also agreed that he was the clumsiest and he had to accept.

When asked what their favorite song was to play, they assigned the very important question to their maknae, Sanha. Who expressed it was a song they that hadn’t performed before but that they will perform it tonight. Immediately the audience knew it was, Crazy Sexy Cool and screamed.

The last question was our favorite when they asked which American artist they would want to meet. Some of the answers surprised us! Rocky shared that he loved Usher, while Moonbin’s favorite was Justin Timberlake, Jin Jin answered Post Malone, and Sanha, John Mayer, but Eunwoo and MJ were on the same page and obsessed with Bruno Mars!

4.ASTRO Will Play Games With You and Do Aegyo 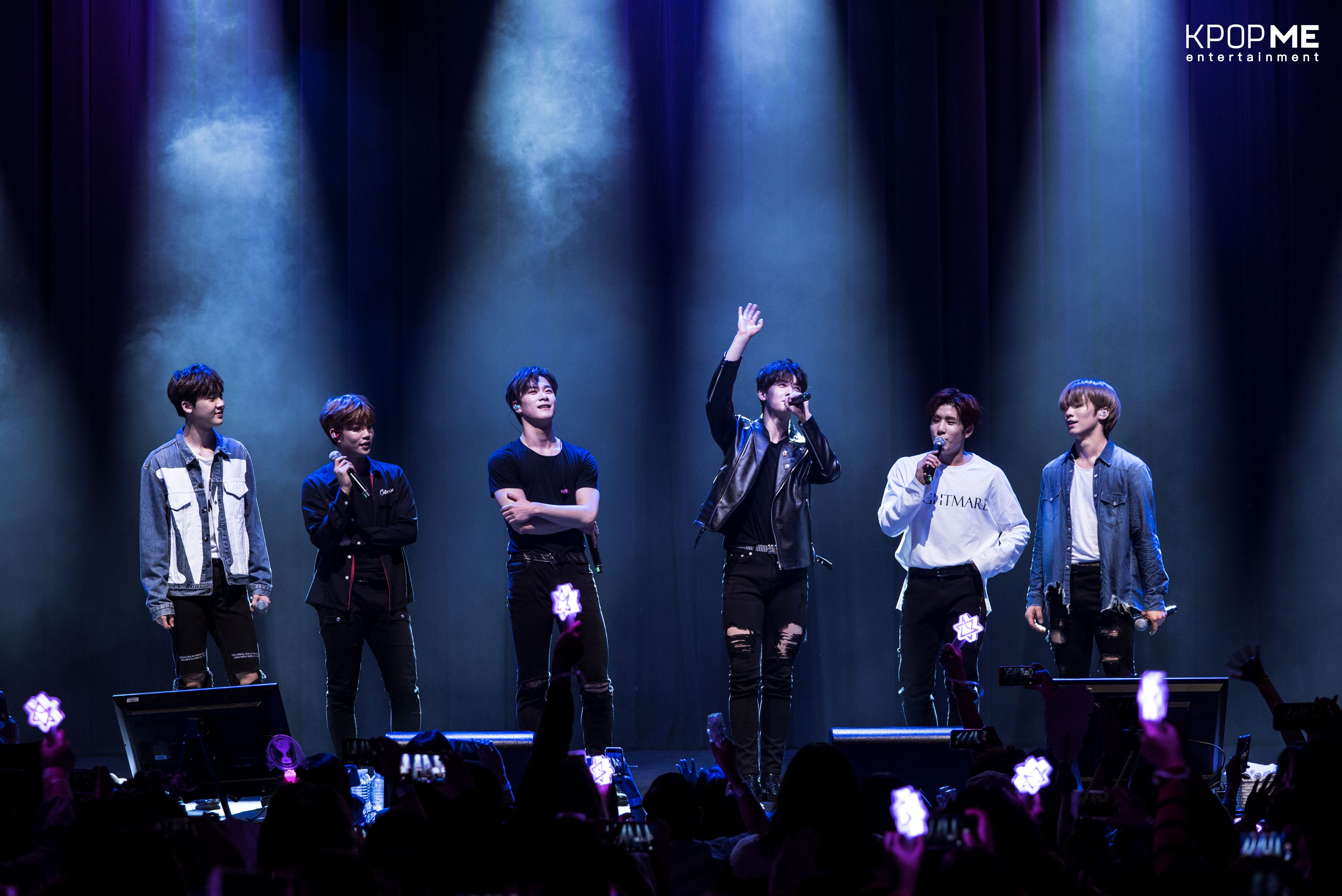 One of the most exciting parts of the fanmeet was playing games with ASTRO. We watched ASTRO hilariously play ‘What’s in the box?’ But our favorite part was when they had to play a basketball type game with a bucket on top of their head. The boys were super good and it was a close call but in the end Jinjin and MJ took the win and the punishment was that all of the losers had to do aegyo, but then everyone ended up doing something and we couldn’t complain! 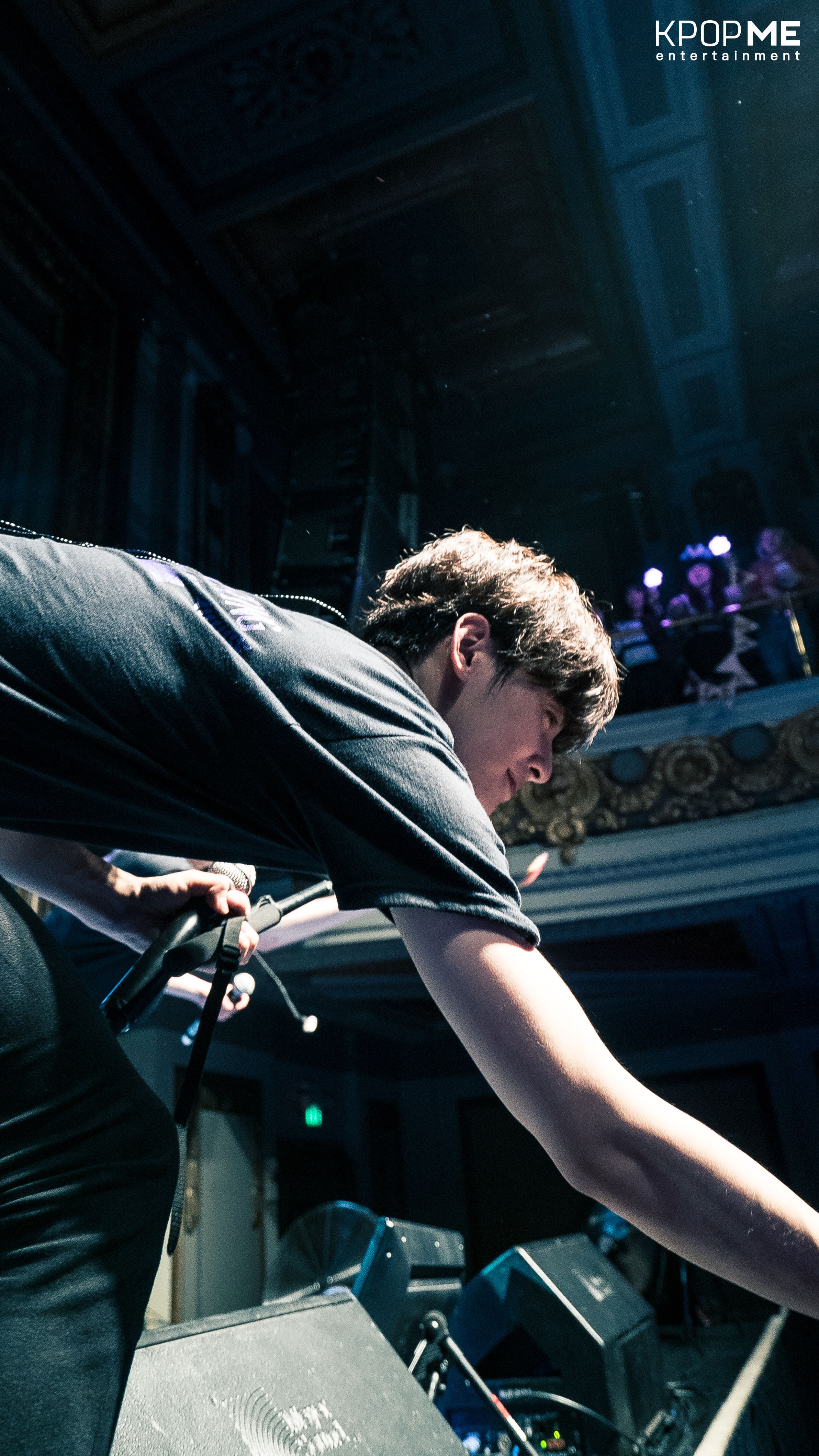 After the boys said goodbye, we were left with a pain in our hearts. But luckily, we didn’t have to say goodbye just yet because when everyone started chanting ‘encore, encore, encore,’ and then ASTRO came back out even more energetic and with presents for everyone! The last song was ‘I’ll be there’ and they handed out gummy bears to everyone in the crowd in these cute woven baskets. We caught MJ’s which we will cherish forever. 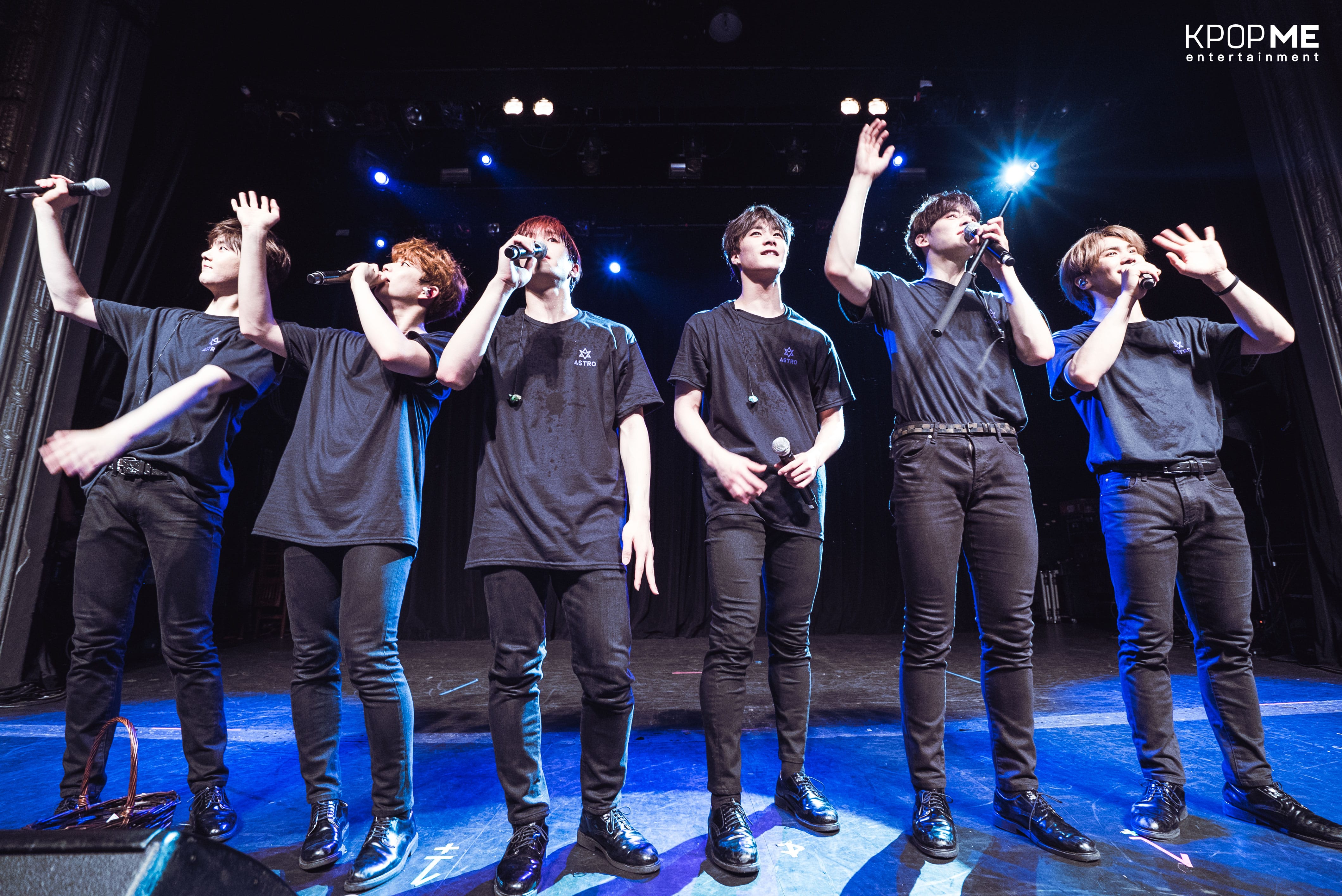 We had an unforgettable night with ASTRO and other AROHAs. Thanks to Kpopme for the invite!

Angie Mills is an East Coast native currently living in the Bay. For the past five years, she has been working in K-entertainment and is now working at Viki. When she’s not busy marketing C-dramas, she enjoys being a D.Va main in Overwatch and rock climbing.

ASTRO
Soompi Spotlight
Soompi Exclusive
How does this article make you feel?