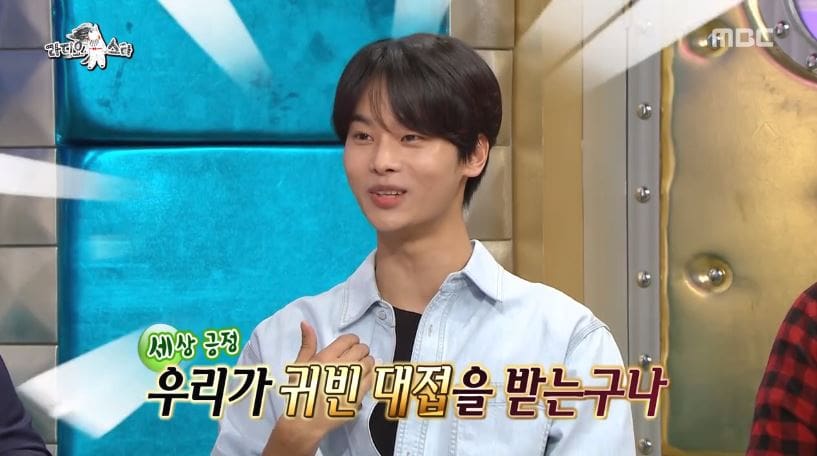 VIXX appears to be quite popular in Kazakhstan.

On March 7, VIXX’s N guested on MBC’s “Radio Star,” along with Sam Hammington, Sam Kim, and Sam Okyere. During the episode, he shared an interesting story of the time VIXX’s managers thought the group was being kidnapped in Kazakhstan.

N shared, “We were taking a bus to the airport in Kazakhstan to return to Korea. However, when we arrived, as soon as the managers got off, the bus took off again. We asked where we were going, and the bus driver told us that because checking in was going to take a while, they were taking us to the airport lounge first. We believed them, so we just slept in the bus, but our managers came running after the bus while yelling.”

He explained that the members had simply thought that the information hadn’t been properly relayed to their managers, and just felt thankful thinking they were just being treated as VIPs as they headed towards the lounge. The managers arrived at the lounge soon after the group but then the bodyguards refused to let them in, even though VIXX had asked them to. N added, “The guards told us that our managers couldn’t come in here because only distinguished guests were allowed.”

N continued, “But then the doors opened one by one, and this one high school girl came inside. We were like, ‘What is going on?’ She was the country’s princess.” N proudly shared, “Apparently the princess was a fan of VIXX, and she liked me the best. She wanted to shake hands with us and take pictures, and that’s why she had kept us on the bus. That’s when we learned what was going on.” N added, “We later heard she was actually the president’s daughter [and not a princess].”

VIXX
Radio Star
Cha Hak Yeon
How does this article make you feel?