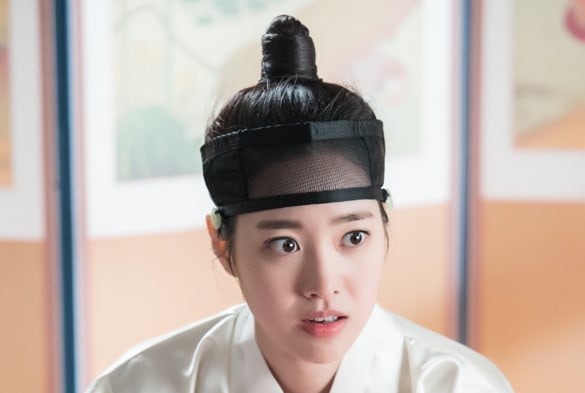 “Grand Prince” tells the story of two royal princes who fight for the love of one woman, and their battle for the throne.

Jin Se Yeon plays Sung Ja Hyun, Joseon’s most beautiful woman, a strong-willed individual who wants to find her own path to love and life, rather than do what is expected of her. She finds herself caught in the middle of Lee Hwi (Yoon Shi Yoon) and Lee Kang (Joo Sang Wook), who fall in love with her. In recent episodes, Lee Hwi and Sung Ja Hyun’s coincidental first meeting and their reunion made viewers anticipate what’s to come.

In new stills, Sung Ja Hyun transforms into a “pretty boy” in the upcoming episode. Sung Ja Hyun looks startled as she wakes up to find her long hair tied up in a knotted hairdo and dressed in nobleman’s outfit. She checks herself in the mirror and does not seem to recall what has happened. Her servant Ggeut Dan (Moon Ji In) shares with her what she did the previous night, and she kicks the blanket in embarrassment. 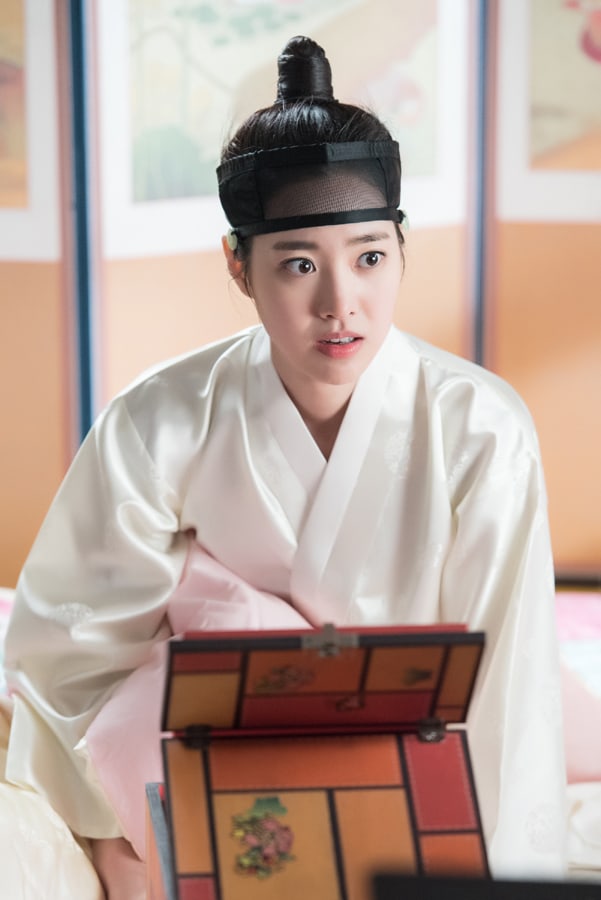 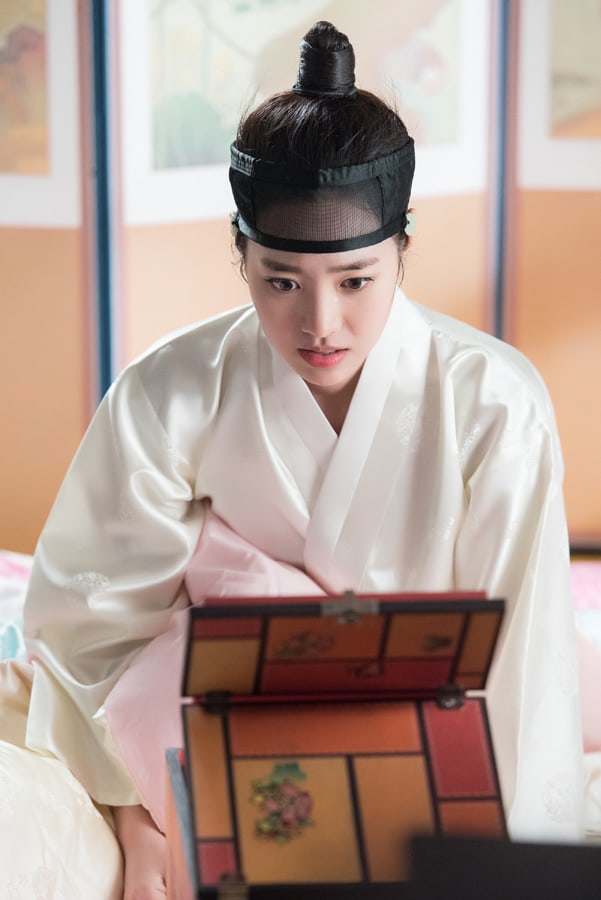 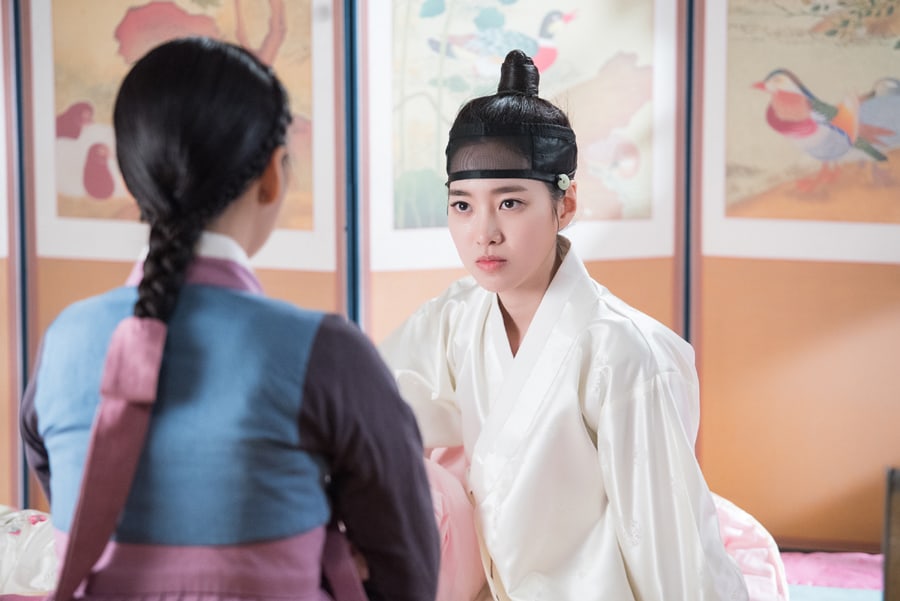 Although there were occasions when Jin Se Yeon dressed as a “pretty boy” previously, this is her greatest effort yet to disguise herself as a man.

A production crew member shared, “Please look forward to Jin Se Yeon’s role as Sung Ja Hyun, a woman who will fight for her own love, instead of leaving it to fate. Sung Ja Hyun’s love story, which centers around a fiercely competitive romance, will portray a different type of joy and sympathy.”

“Grand Prince” airs every Saturday and Sunday, 10.50 p.m. KST. Check out the first episode below!