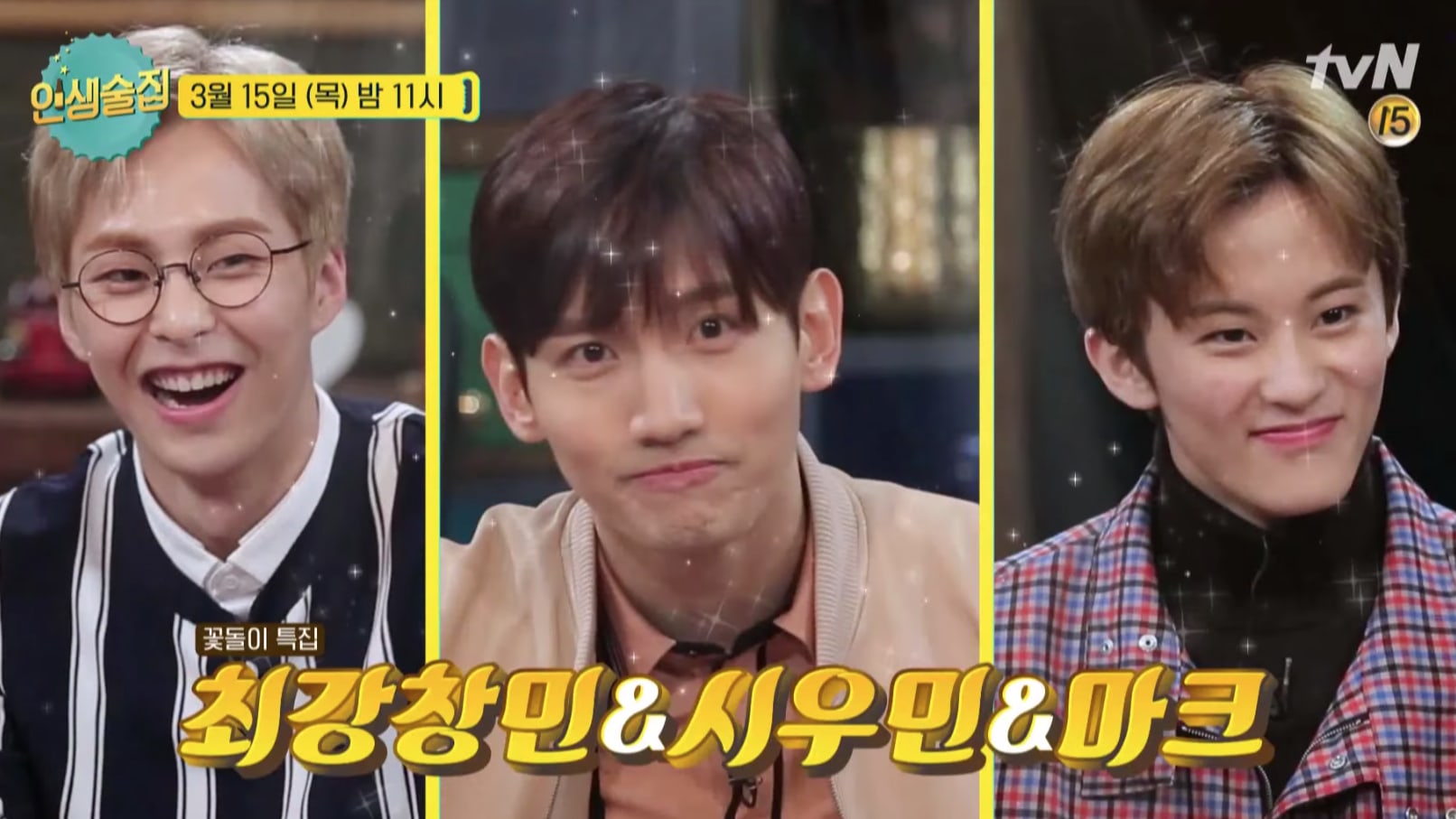 Update: Xiumin And Changmin Gush Over Mark In New Previews For “Life Bar”

The clips show Changmin and Xiumin gushing over Mark and how cute he is. Check them out below!

Next week’s broadcast of tvN’s “Life Bar” is sure to be a hilarious one!

“Life Bar” is a talk show hosted Shin Dong Yup, Super Junior’s Kim Heechul, Kim Joon Hyun, and Jang Do Yeon and invites celebrities to candidly talk about themselves over drinks. TVXQ’s Changmin, EXO’s Xiumin, and NCT’s Mark will be the next guests to appear on the show.

In the preview, Changmin starts to share how often he drinks and his alcohol tolerance as Heechul listens attentively in order to find an opportunity to tease his fellow labelmate.

Mark reveals that he drank for the first time after he learned he was going to be appearing on “Life Bar,” while Xiumin expresses, “I’ve been waiting for this day.”

The clip also hints at what else to expect, from Changmin panicking to Xiumin dancing to Mark acting cute. Watch the whole preview below!