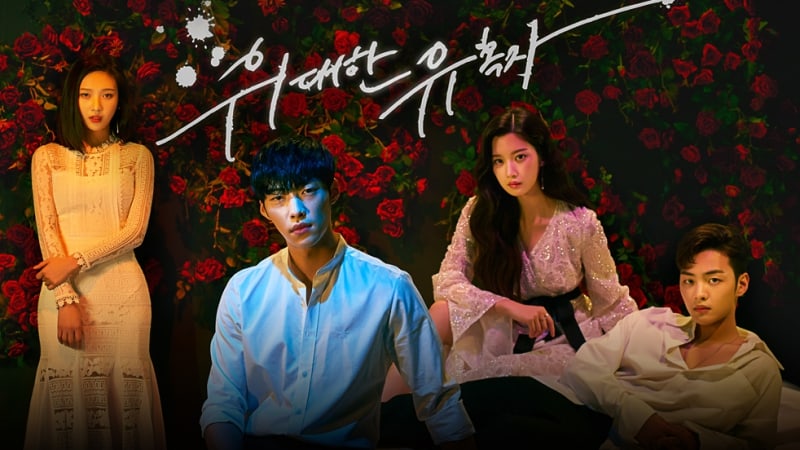 I have been looking forward to this ever since they dropped the sizzling posters! It feels like it’s been a while since we’ve had such a sultry drama, and I could not be more on board.

Starring Red Velvet’s Joy, Woo Do Hwan, Kim Min Jae, and Moon Ga Young, the story follows a group of young, privileged, and very good-looking characters as they navigate through high society, using whatever is in their arsenal to get what they want.

Warning: Spoilers ahead! Take the next exit if you don’t want to be spoiled for episodes 1-4.

They are three best friends, each with their own baggage and ambiguous sense of morality. But you really see that they do care about each other (regardless of the romantic undertones) and have always been each other’s supporters. Though, I am 100 percent sure that their bond will be put to the test further down the road. But hey, what’s a (chaebol) friendship without a few trials?

They also don’t have boundaries.

There is just something so alluring about this drama. I’m getting “Gossip Girl” vibes from it (anyone else hung out with the Upper East Side gang?) and that was definitely a guilty pleasure of mine.

I was hooked before the opening sequence even ended!

These first couple episodes show us a world of seduction and deceit, where basic human feelings like compassion and love are seen as either weaknesses or weapons. Marriage is but another business tool, and I have yet to see an actually functioning family. The backstories and complicated relationships are very intriguing, and lay the groundwork for a lot of drama and tension for down the road. After finishing the first two episodes, I was itching to start the next two! They are that addictive!

In fact, I can’t help but want them to embrace the scandalous tones even more, or at least make it as scandalous as a network drama can be.

3. HATED: Si Hyun and a schoolmate’s…mom

Early on in the drama, Do Hwan turns on his charms at the club and is intent on seducing a model he meets, who turns out to be the mother of his schoolmate, Kyung Joo.

I’ll give you time to process that.

I get it. Sort of. He looks older than he really is, and she looks younger than she really is. So hey, it’s just another noona romance. They’re both blissfully unaware of who the other really is, but for the audience, it’s just kind of icky. Thankfully, the writers don’t drag this out, and they find out soon enough before things get to the point of no return. Though, is it just me, or does the mother still seem to be smitten with Do Hwan? *shudders*

Speaking of icky things…We see about three teachers at the school, and all of them are varying degrees on the icky meter. There’s subtly flirting with students, inappropriate and lingering skinship, and a flashback to a creepy interaction between the art teacher and a much younger Soo Ji. Heck, Soo Ji was only about 15 years old then! This would be disturbing enough at any other time, but with the #Metoo movement in Korea going on in full swing, these kinds of plot lines just feel more gross.

What can I say about Woo Do Hwan, other than…wow! His gaze is electrifying and he is just…….wow! He has chemistry with just about all of his cast mates (even that kitten above), so much so that I’m fluttering from ship to ship! He is so natural in this role, backed up by his considerable talent. Never once will you doubt his persona as the great “seducer” – especially with his looks, charm, and sultry voice. Props to whoever cast him in this role!

And when he tries to act all suave even though he’s freezing:

6. HATED: All the family drama

As mentioned above, I have yet to see a family that is actually, well, a family. Most of the parents are divorced, or not in the picture, or dead. Do Hwan’s father isn’t actually his biological father, and Se Joo’s family is plain dysfunctional to say the least. Even sidekick Kyung Joo is not on good terms with her mother. We usually have at least one (living) parent or family unit that is not embroiled in the murkiness of it all, but we have yet to see that in this drama. And while we love drama, is there such a thing as too much drama? 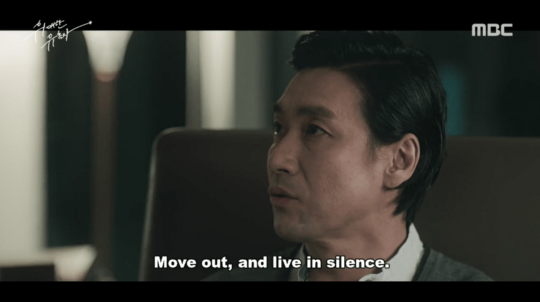 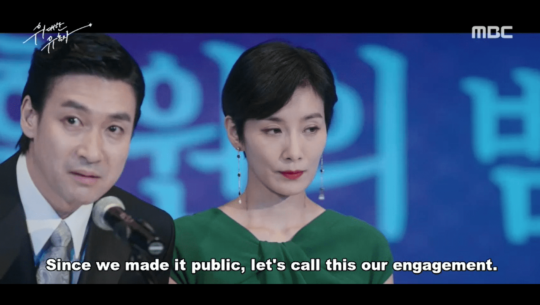 Si Hyun’s dad and Soo Ji’s mom suddenly announcing their engagement to everyone, including their unaware children!

7. LOVED: That Eun Tae Hee does not need saving

We don’t get to see a whole lot of Joy’s character in these episodes, but I’m excited to see more of her as the drama progresses. One of her earlier scenes shows her nodding off in the bus with her head banging repeatedly on the windows. All I could think was, “How the heck is she not waking up?!”

Seriously! How does that not hurt?

Thankfully, there’s more to her than just a very healthy skull. In fact, she’s actually pretty smart – smart enough to get a full scholarship to university. She also quickly catches on that running into Do Hwan again on the bus is not mere coincidence, and that he has a secret agenda. She even (correctly) guesses that the pervert harassing her on the bus was set up by Do Hwan himself. The way she takes down that pervert without needing Do Hwan to jump in? You go girl!

She not only has a backbone when standing up to perverts, but is also strong in front of her mother. We don’t get much backstory about this particular relationship, other than her being an absentee mom. Tae Hee accepts the reality of the relationship, and refuses to continue relying on her mother, choosing instead to stand on her own two feet.

In a nutshell, “Tempted” is certainly different from what’s on the air at the moment. And while there are some less-than-desired plot lines, it’s got some very, very tantalizing characters who live in an world that’s addicting to watch!

Have you started watching “Tempted”? If so, let us know what your thoughts are in the comments below!

Belinda_C has thoroughly been tempted by Woo Do Hwan and his character. She may have even forgotten about Shinhwa for a few seconds.

All-time favorite: “Kill Me, Heal Me” (only one of many!)
Currently watching: “Tempted,” “Radio Romance”
Looking forward to: “Children of a Lesser God” and “Hold Me Tight”