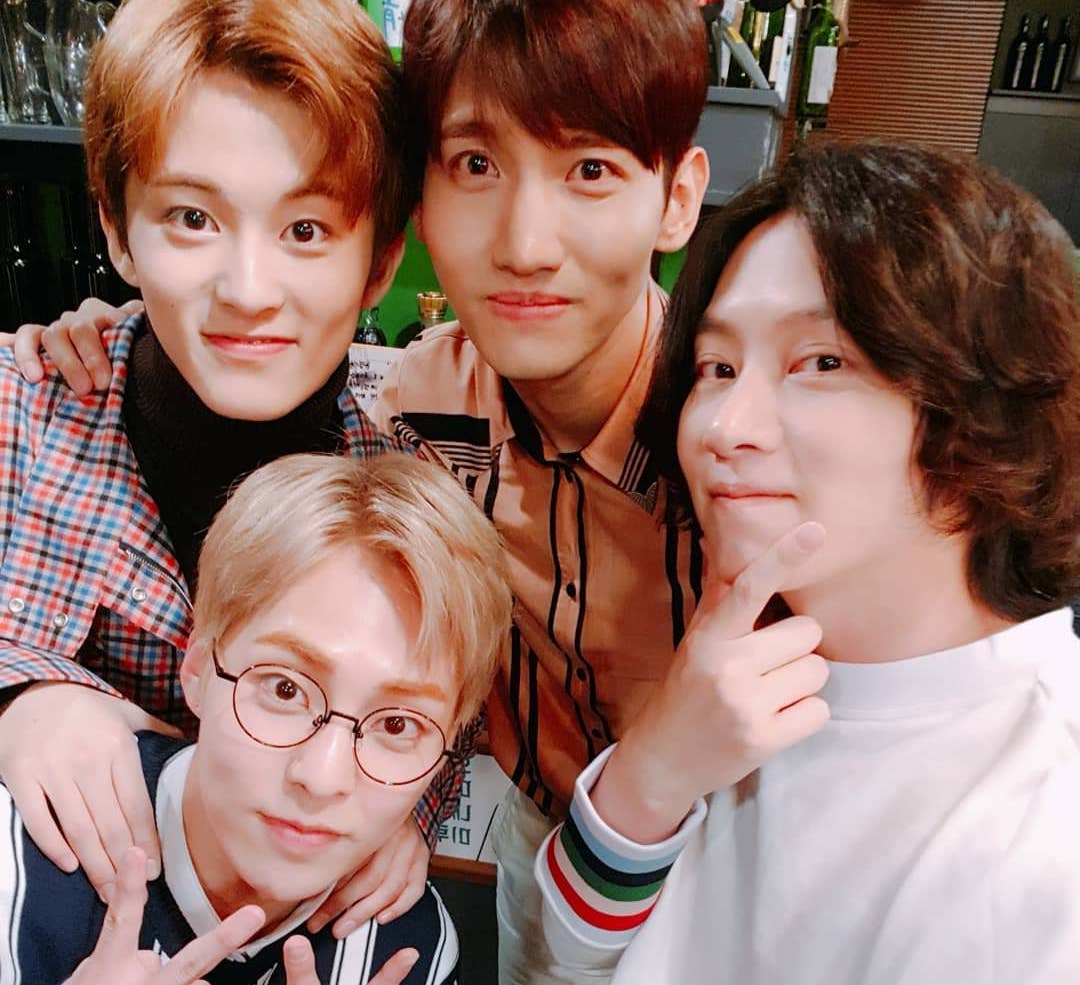 He posted the photo on his personal Instagram account on March 15 with the caption, “Babying youngest member Mark special.” The three older singers’ adoration for Mark was hinted at in an earlier teaser and it looks like their love for him will continue in their upcoming appearance. Kim Heechul also used a fire truck, cherry, and bomb emoji, most likely referring to NCT 127’s releases “Fire Truck” and “Cherry Bomb.”

“Life Bar” is a tvN program hosted by Shin Dong Yup, Kim Heechul, Jang Do Yeon, and Kim Joon Hyun that invites celebrities to share stories about themselves over drinks. Changmin, Mark, and Xiumin will be the guests in the upcoming episode, and along with Kim Heechul, they will take a trip down memory lane as fellow SM labelmates.

Changmin will open up about TVXQ’s upcoming comeback and recent Japanese activities, while Xiumin will reveal what he believes are each EXO member’s distinct characteristics and personalities. He also confesses that he feels like one of his dreams have come true because he gets to appear on a variety show with his idol, Changmin. Mark will showcase a freestyle rap verse for “Life Bar” and captivate viewers’ hearts with his cute personality.