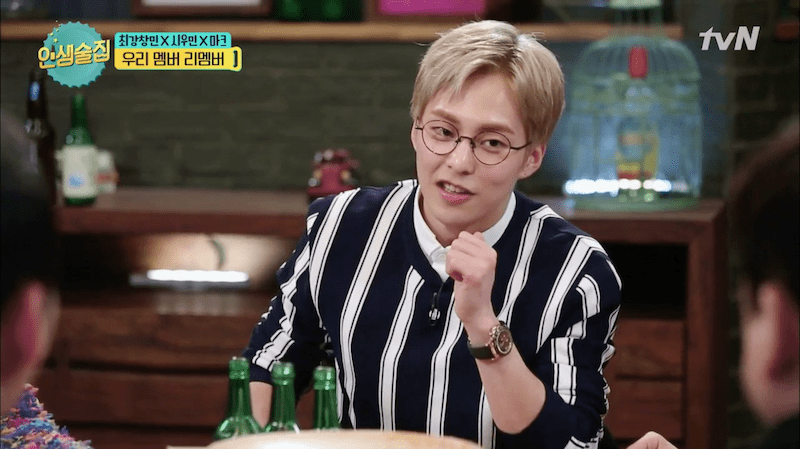 During the March 15 broadcast of tvN’s “Life Bar,” EXO’s Xiumin shared his thoughts on his fellow members’ personalities.

After Xiumin discussed what it was like being the oldest EXO member and how the group resolves arguments, Super Junior’s Kim Heechul asked, “Then who out of the members is the most talkative— who likes to say cheeky things? I think I can guess who it is.”

The EXO member answered, “Now, if I were to be honest, Baekhyun is someone who likes to joke around.” 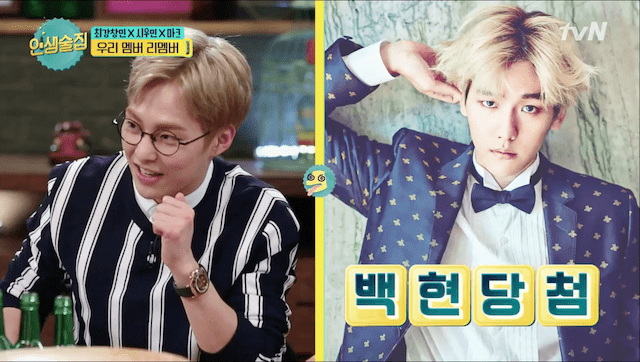 Heechul added, “I agree because he likes to be silly, but his instinct is amazing. And he wants to appear on more variety shows.” Changmin chimed in, “Yes, his instinct is really good.”

Xiumin expressed how he thinks Baekhyun has not been able to fully show his sense of humor due to being an EXO member. “There are a lot of instances when he can’t portray his wit because he is in EXO,” the singer explained. “Because EXO has this concept where we have to be mysterious, he restrains himself whenever we have broadcasts even though he can be a whole lot funnier.”

After agreeing with what Xiumin said about Baekhyun, Super Junior’s Heechul asked, “Then who seems to be ambitious?” The EXO member commented, “There is someone in our group who could possibly have more ambition than [TVXQ’s Yunho].”

“Our group’s leader, Suho,” Xiumin revealed. “Suho’s ambition is incredible. The way I see it, if he decides to and puts his mind to it, he could actually even become the president. That’s how much you can sense this aura exuding from him.” 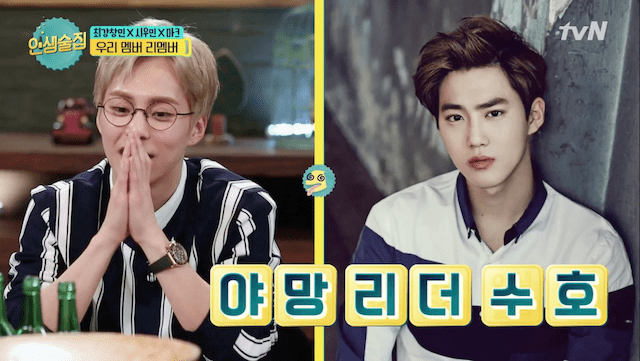 Heechul affirmed, “You’re right. He’s really sincere and always careful.” The Super Junior member joked, “He’s a part of our ‘SM charisma group’. The ‘SM charisma group’ that even Lee Soo Man turns away from when he sees them sitting [together]. It consists of Yunho, Minho, and Suho. When they sit together, it feels like you’re seeing three branches.” Changmin commented, “They seem like they could take over the world.” 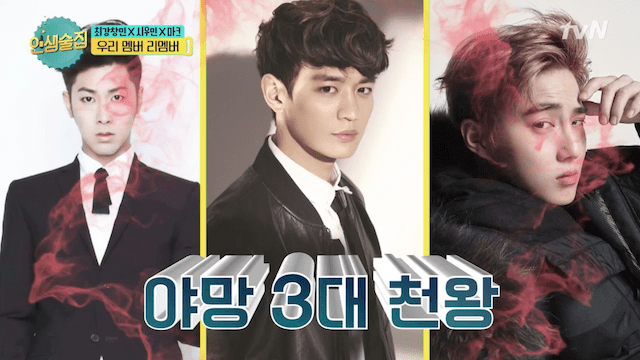 Do you agree with Xiumin’s choices?

EXO
Xiumin
Suho
Baekhyun
Life Bar
How does this article make you feel?