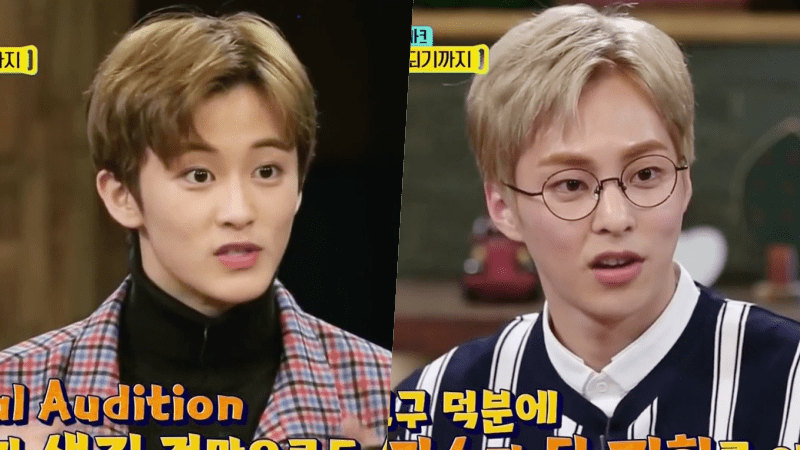 If it weren’t for these situations, NCT’s Mark and EXO’s Xiumin might have lived very different lives!

On the March 15 broadcast of tvN’s “Life Bar,” the two idols shared who, or what, was the reason they went for their current agency SM Entertainment.

At host Kim Joon Hyun’s questioning, Xiumin revealed that he had been convinced by his friend to try out. The EXO member said that in high school, he originally had been preparing to take an entrance examination for a physical education college, and that singing was an interest he pursued with his friend.

“One day, [my friend] told me, ‘I’m going to try out at an open audition for SM. Do you want to go with me?'” Xiumin explained, “I replied, ‘Is it okay for me to try out? My skills aren’t good to that extent.’ They said, ‘No, it’s fine. They say that for SM, they don’t just look at skill, but at your potential.” Sharing how his friend managed to persuade him, the singer added, “There was something my friend told me. ‘You’re really SM’s style.'”

Xiumin described how he ended up trying out with his friend, but only the EXO member passed. The idol added, “I pointlessly felt so apologetic. If it wasn’t for my friend, I most likely would not have debuted under SM Entertainment. Even now, I feel very apologetic but I also feel immensely grateful.”

When the hosts asked what his friend ended up doing, Xiumin proudly revealed, “They passed the civil service exam this year. I’m planning on giving a huge congratulatory gift.” 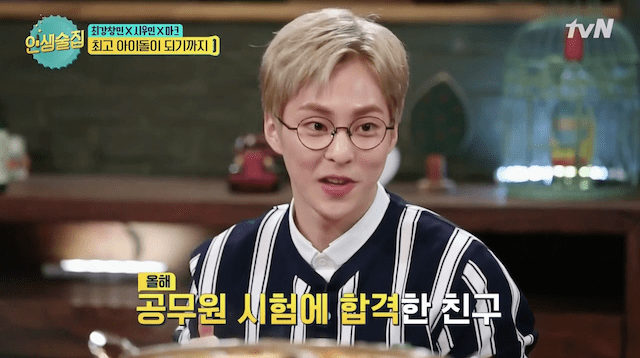 Mark also explained that he auditioned for SM because his schedule just happened to work out.

“Honestly, back in 2012, I lived a life where I concentrated on my studies. I liked music, but had never thought to properly pursue it,” the NCT member shared. “Coincidentally, the really fascinating thing was… It was fascinating enough that, by chance, there was a global audition taking place. I was originally a student who was devoted to school, but of all things to happen, there was no school [the day of the audition]. It wasn’t something that was planned, but the school happened to close that day.”

Mark continued, “Since things turned out that way, I thought, ‘Let’s just go for it.'” The idol confirmed that he passed that day, commenting, “That was my first audition.” 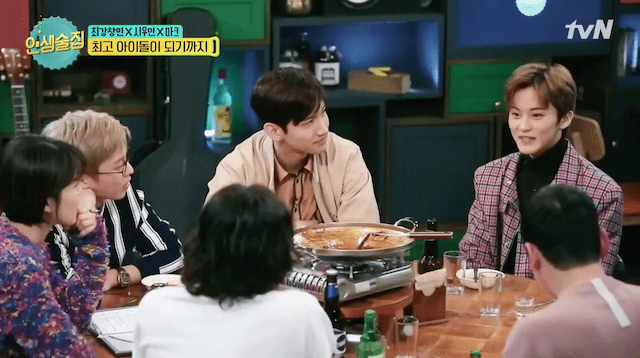