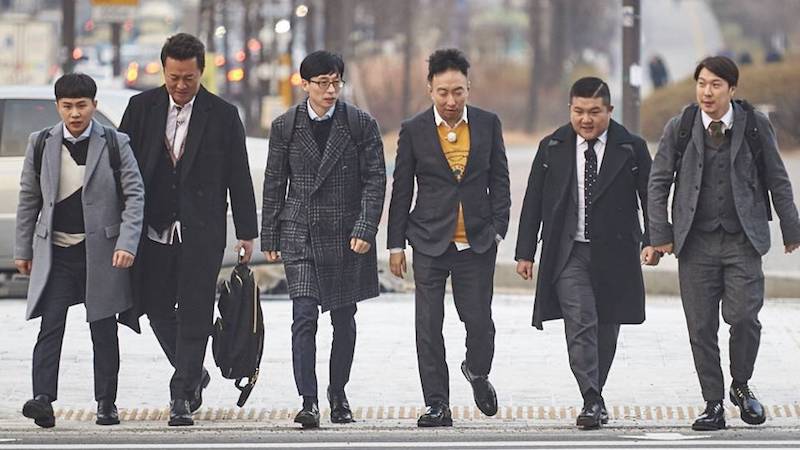 The Legacy Of “Infinite Challenge”: A Look Back On Their Most Memorable Specials

Since April 23, 2005, we have been constantly entertained by the cast and crew of “Infinite Challenge.” They are known as the “Nation’s program” for a reason – it’s funny, it’s filled with heart, and it speaks to viewers of all ages. After 13 years, many cast changes, and some 560+ episodes, we are sadly saying goodbye to the current season.

We don’t know what’s in store for the gang in the future – whether it’ll be rebooted or whether they will all come back – but for now at least, we can take a look back on some the most memorable specials they have given us. So scroll down and enjoy (listed in no particular order)! 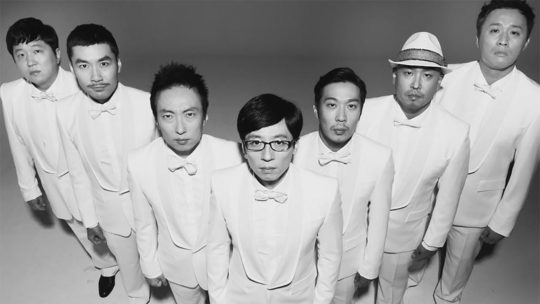 Nothing against the current cast, but this is the era I miss the most.

These type of long-term projects are always tearjerkers! They fully embrace the “challenge” side of the show by taking on very difficult missions. The bobsleigh project is one of their earlier ones, and one that is often mentioned as a favorite by many. During the episodes, they train with the national team, conquering their fears of intense speed (up to 200km/h) and gravitational force. Their dedication and professionalism to delivering their best during these projects never ceases to amaze me!

I am a huge fan of the biannual song festivals and was majorly (x100) bummed that we did not get one last year. I even did the math and reasoned that G-Dragon could make the 2017 festival before enlisting (which turns out he indeed could have). Other than the gem that is Kwon Ji Yong, I greatly enjoy seeing all the various artists at work, and being exposed to artists that may have otherwise never landed on my radar. The songs are always super catchy, the performances are lit, and the chemistry between partners is out of this world!

The 2013 song festival comes to mind just for the super adorable push-and-pull relationship between G-Dragon and Hyung Don, and HaHa achieving his dream of (shamelessly) eating at the YG cafeteria.

What started off as silly sketches eventually turned into a fully imagined world where the members are employees at the fictional “Muhan Company.” They tackle issues actual employees would face, and give it their own comedic spin. There’s even a sense of continuity with every episode. The specials finally culminate in a blockbuster movie with actual A-listers cameo-ing. Hyung Don, who had officially left the show, also makes a very touching cameo.

Another episode that garnered a lot of praise is the musical episode, which is groundbreaking for the variety world, and gives us beautiful performances by the cast.

This is one of those specials that will warm your heart one second, and then make you fully regret it the next. It’ll make you think, “Why on earth did I feel moved by these bunch of doofuses?!” At the start of the special, the members are tasked with delivering bags of rice and a message to the members they are most thankful for. Even though they’re initially too embarrassed to be sincere in their messages, they eventually leave some really heart-warming (and even tearful) tales of gratitude and love to each other. This also amps up the awkwardness between them when they meet again a few hours later for the second part of the mission – delivering bags of rubbish and a letter of disappointment!

5. The crimes and Gil

In order to learn more about the law and how the courts work, “Infinite Challenge” crafted an episode where Gil sues the other members for defamation of character. During the episode, they bring on actual lawyers to educate the members and go to court with a real judge and stenographer (who actually just stares at a turned-off laptop). Lee Hyori even appears as a character witness, much to the surprise of everyone (and delight of the judge)! And with grievances against each other just flying around, the episode turns out to be both informative and hilarious!

This special is surprisingly touching and full of heart, and is high up on my personal list. The members have to travel as far away as they can within a time limit, believing that it is another hide-and-seek chase. After they all scatter, the production team informs them that the real mission is to reunite, using only telepathy. And of course, since none of the members have actual telepathic abilities (that we know of), they have to rely on their understanding of each other. It takes a while for all of them to gather, but that only makes the pay-off even more heart-warming and goose-bump inducing.

The idea for this episode arises when the members are arguing about their favorite topic – who is more handsome. And so they decide to hold a festival to “celebrate their ugliness.” The first outing in particular is hilarious just due to the fact that the celebrities they invite are first thrilled to be invited, then chagrined to find out why. They basically go through the five stages of grief right then and there, eventually arriving on “acceptance” and giving in to appearing on the show and embracing their looks, complete with puffy faces and no make up!

It’s always hilarious when they cross-dress, and this episode where they dress up as fairytale princesses just takes the cake! They have to take lessons on etiquette and maintaining their elegance while crossing treadmills. Everything about this episode is hilarious, from their banter, to the visuals, and the full-on slapstick! 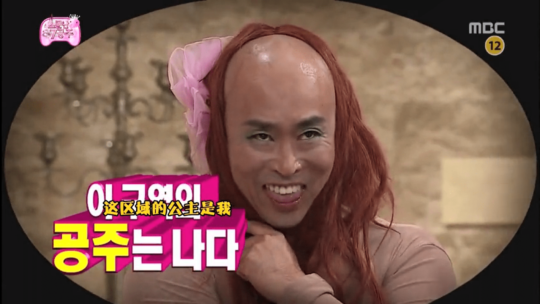 Just look at this!

For this special, the members gather at the airport, feeling very suspicious as they have been pranked by the production team countless times before. And they aren’t wrong, because they are in for a Bangkok tour…in Seoul! They go to a resort (apartment decorated with Thai paraphernalia), eat tropical fruits (durian), and experience (painful) Thai massages. They are even promised a trip to a water park, which turns out to consist of a hose and a kiddie pool on the rooftop! Even so, they still have a lot of fun, and it’s always a joy to see them be their child-like selves.

This is one of their very early specials that is a prime example of “real variety,” and was even voted as the most legendary “real variety” special during the show’s run. The six members are left on a deserted island where they have to fend for themselves, including struggling to get up a coconut tree to pick coconuts. After trying many ways and failing each time, they finally realize there is a shorter coconut tree behind them, one they can easily reach! It’s amazing how they can make 30 minutes of coconut scavenging attempts entertaining.

11. Run away with the money bag

“Infinite Challenge” often turns in epic chases, especially when Noh Hong Chul was still around and the members would often fall for his tricks and lies. This special is often considered the pioneer in chases for variety shows, and is voted as the second most legendary “chase” special. The members each have a suitcase, with only one of them being the real “money bag.” Even while eating, Myung Soo and Hong Chul are unable to let their guards down, with Hong Chul stealthily grabbing the case and running off, creating the legendary clip we’re still able to enjoy today.

The “Catch the tail” special is voted as the No. 1 legendary chase special, and for good reason! Each member is given a colored “tail” and a note telling them to catch a certain member. The problem is, they don’t know who is coming after them, and it quickly becomes a fight where they need to use both their bodies and wits. Cunning Hong Chul even has Joon Ha (his target), come to him willingly so they can “work together”! Deceit and lies run rampant in this special, giving us one very exciting chase!

This is a very fun special, where the members are to make a series of choices with varying outcomes, including what they want to have for lunch (cup noodles or chef-cooked noodles), and what transportation they want to take. Even a choice between coffee or green tea, ends up with Joon Ha (who chose the tea) traveling five hours to a tea leaves farm to drink it. This special left such a lasting impression that the Chinese version of “Infinite Challenge” went with this concept for their very first episode.

This special is truly a reflection that reveals what “Infinite Challenge” is all about – blending two seemingly unrelated things, and both educating and entertaining the public at the same time. They bring on a historian to educate the members and their guests – Zico, Song Mino, and BewhY. Together, they produce songs that center around Korea’s history. Unsurprisingly, many of their songs ended up topping music charts.

Usually during the Summer, “Infinite Challenge” has a horror episode. These episodes are high on the laugh-till-you-cry-meter, because all the members are down right scaredy-cats. They scream, kick, fall out of chairs, and launch their bodies across large spaces, all the while cursing at the production team. It’s very mean and I feel bad for them, but it’s funny! This episode in particular has them parodying the burglars from “Home Alone,” as they try to infiltrate the recently vacated MBC building.

Here’s to hoping that this break is more of a pause than a full stop. But whatever the future holds, thank you, Muhan Dojeon, for giving us so many years of joy, laughter, and tears. You’ve all worked hard!

Which specials or episodes are the top 5 on your personal list? And on a scale of 1 to 10, how much will you miss not seeing them on Saturdays? Leave your comments and a word of thanks to them below.

Belinda_C found it hard to follow “Infinite Challenge” at first, but once she did, there was no turning back! Fun fact: Jun Jin was once a cast member too!