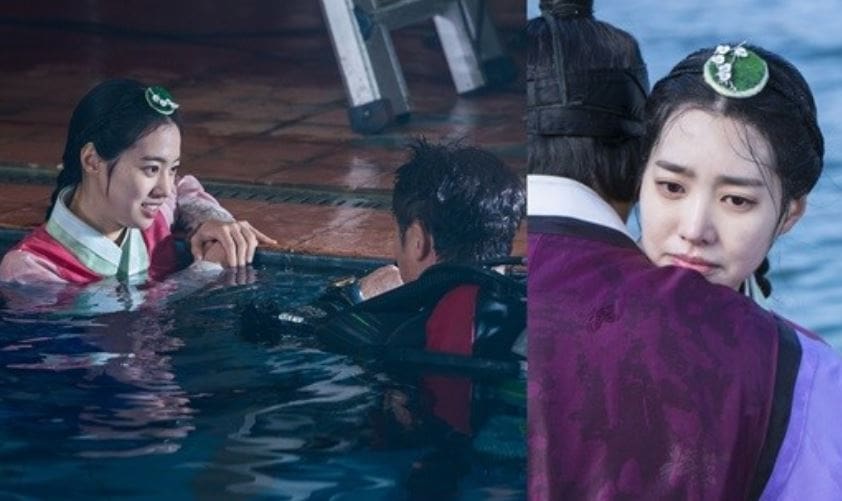 Jin Se Yeon is all smiles behind the scenes as she films in the water for TV Chosun’s “Grand Prince.”

The newly released photos show the filming for a scene where Sung Ja Hyun falls into the water in an attempt to get away from Lee Kang and his boat. For this particular scene, the actress had to film in the water both indoors and outdoors for two days.

It was revealed that she met with a diving instructor to work on the scene for an hour before the shoot. For the outdoor shoots, she is seen immersing into character despite the cold weather and carefully monitoring her performance afterwards. 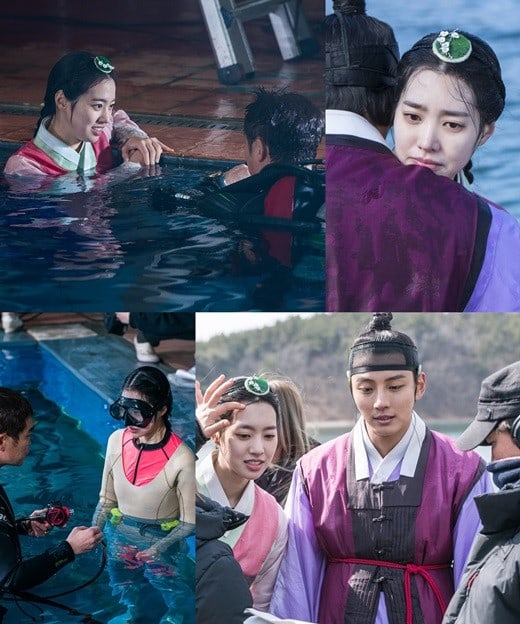