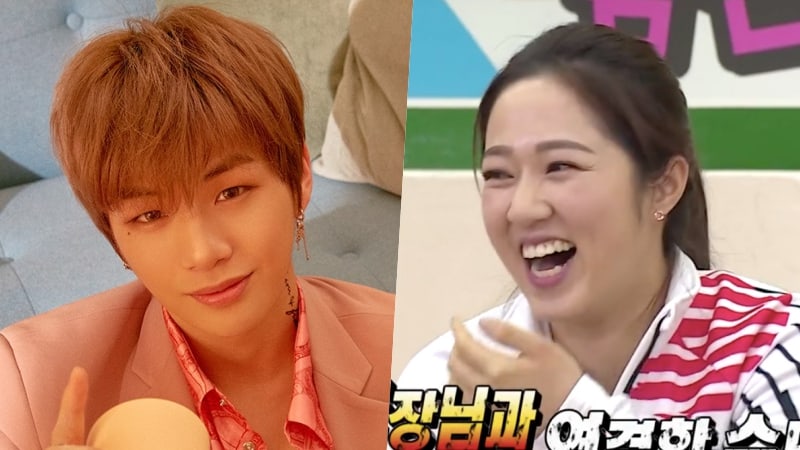 Kim Kyung Ae, who recently won a silver medal at the 2018 PyeongChang Winter Olympics as a member of the South Korean women’s curling team, is a self-professed fan of Wanna One’s Kang Daniel. The curler has mentioned wanting to meet the idol in the past, and her sister Kim Young Mi—who was also a member of the Olympic curling team—has attested to the fact that Kim Kyung Ae has his photo on her wall at home.

During the curling team’s appearance on the March 17 broadcast of “Infinite Challenge,” MC Yoo Jae Suk asked Kim Kyung Ae if there were any celebrities she wanted to speak to on the phone. Before she had the chance to reply, her knowing teammates teasingly answered on her behalf, “Kang Daniel.” 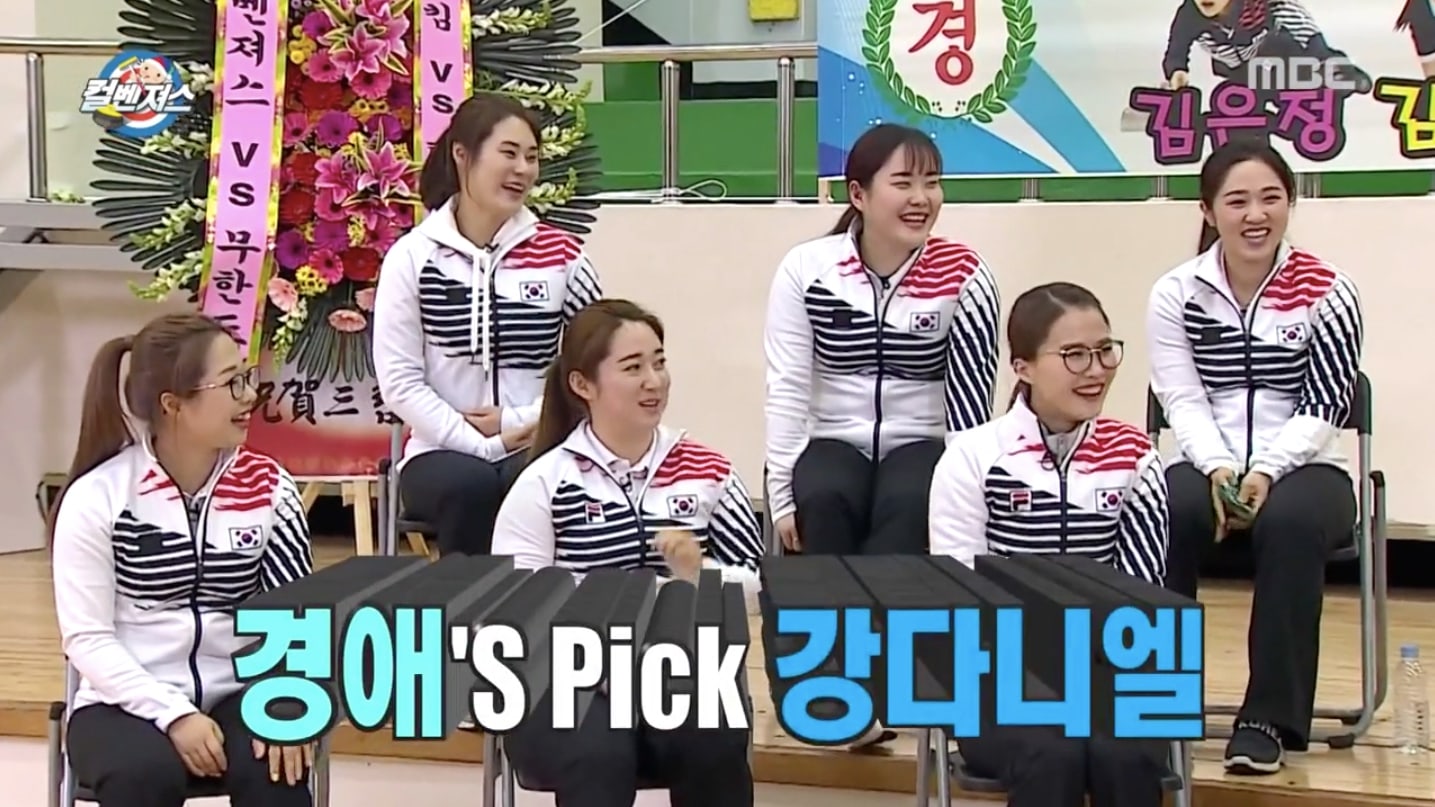 The variety program then surprised Kim Kyung Ae with the chance to talk to the Wanna One member over the phone. The curler jumped out of her seat in shock when Kang Daniel introduced himself, saying that he had watched the team’s curling matches and was aware that Kim Kyung Ae was his fan. 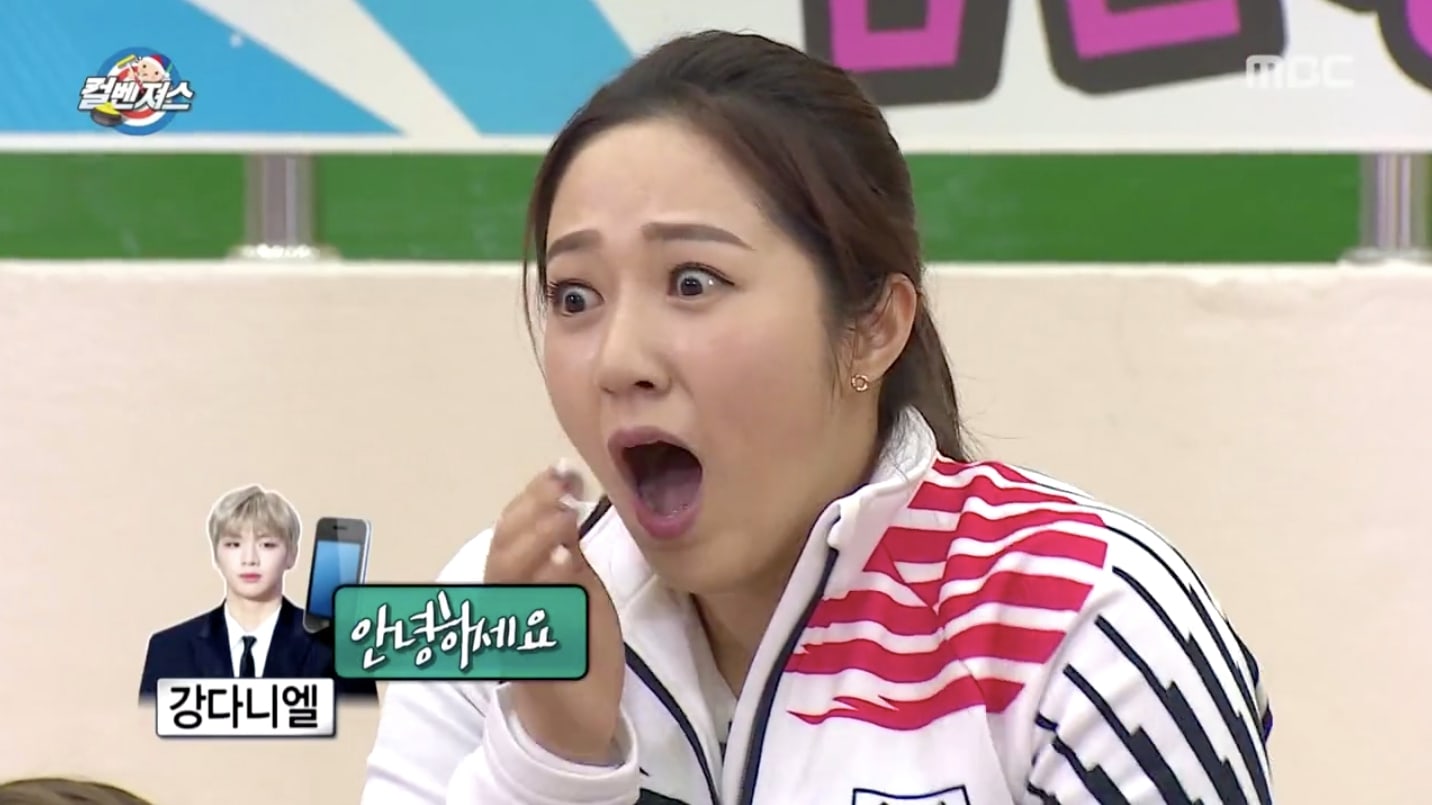 Kim Cho Hee, another member of the curling team, jokingly told Kang Daniel, “Because Kyung Ae’s house is currently plastered with photos of you, her mother is very angry.”

Kim Young Mi chimed in, “My sister has bought so many Kang Daniel-related products. She’s also bought so many of his albums that we have a stockpile at home right now. Please release many more albums for my sister.”

Kang Daniel responded humbly, “Hearing that a national athlete is a fan of mine makes me want to work even harder, in order to not be an embarrassment as a singer.”

He went on to promise, “If I see [Kim Kyung Ae] in the future, I’d like to treat her to some meat.” 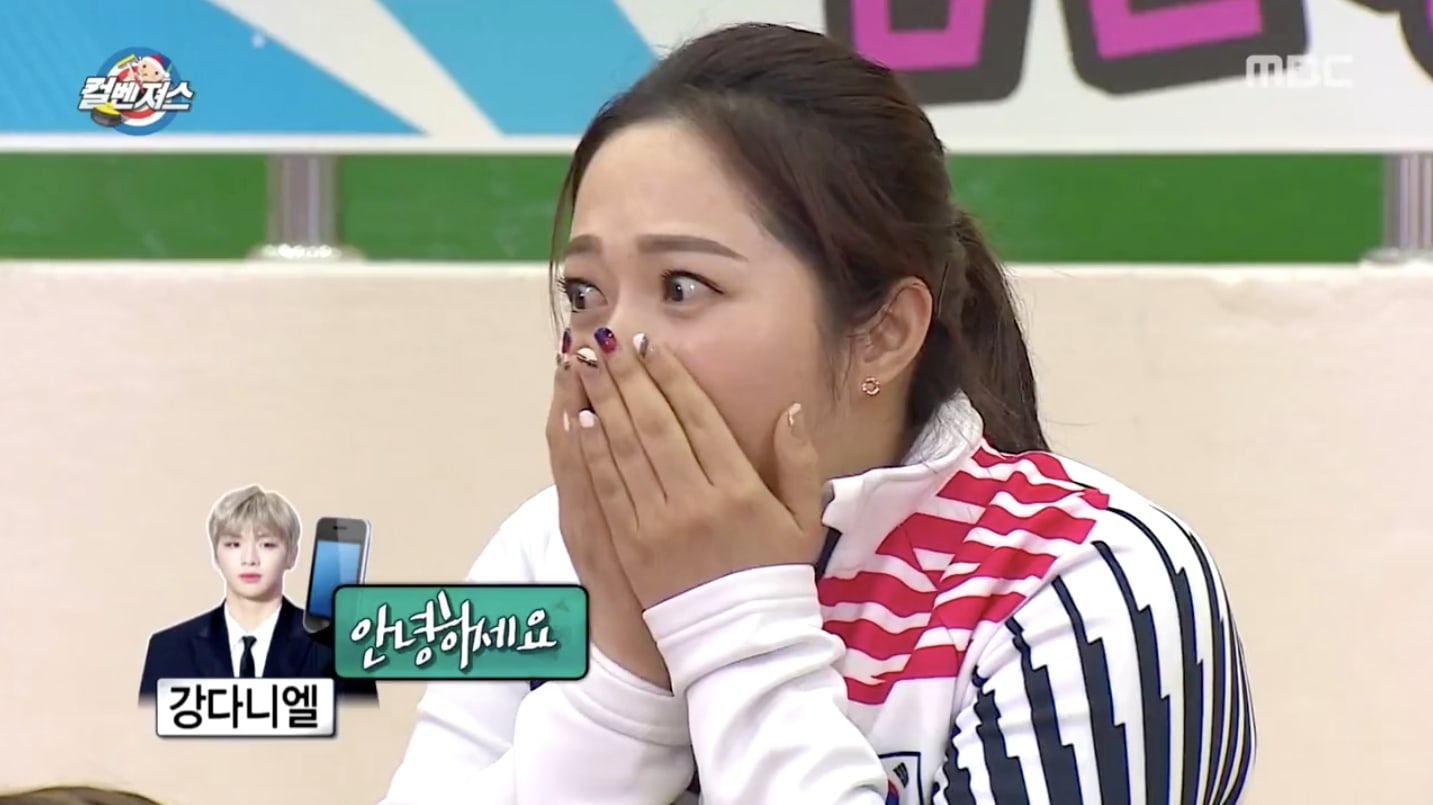 Cneck out the latest episode of “Infinite Challenge” below!

Wanna One
Infinite Challenge
Kang Daniel
Kim Kyung Ae
How does this article make you feel?