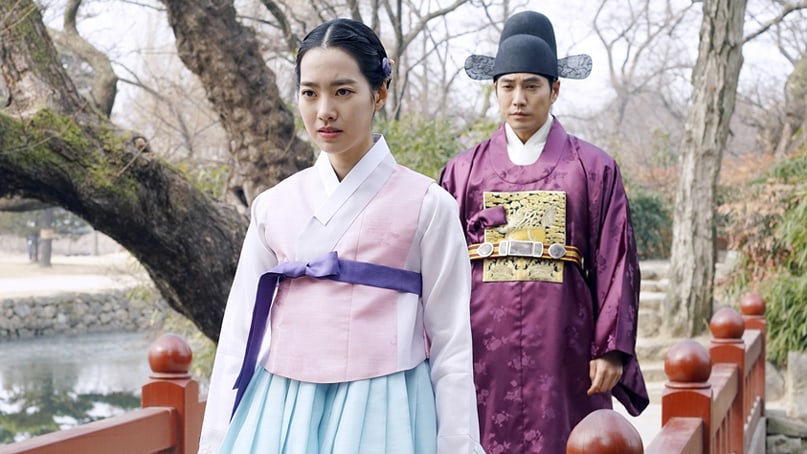 The upcoming episode will include a confrontation between Joo Sang Wook and Jin Se Yeon. After receiving a proposal from Lee Hwi (Yoon Shi Yoon), Sung Ja Hyun visits the palace with her mother to meet with the High Queen (Yang Mi Kyung). Hearing this, Lee Kang blocks her path and says, “You cannot marry him!” However, Sung Ja Hyun looks undeterred as she glares at him without blinking. 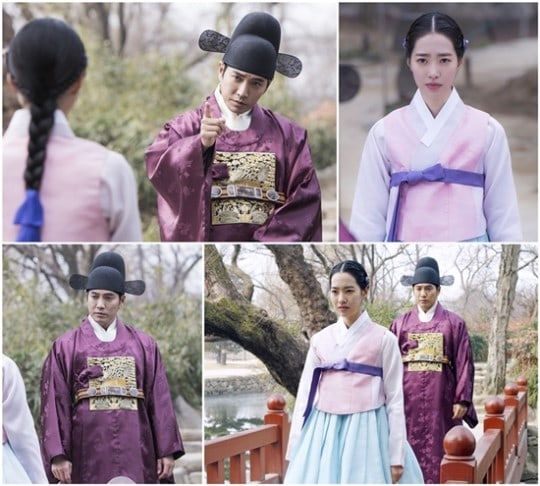 In the previous episodes, Lee Kang had professed his love for Sung Ja Hyun, who turned him down for her friend Yoon Na Kyum (Ryu Hyoyoung) and told him that her heart belonged to Lee Hwi. This was the beginning of Lee Hwi, Lee Kang, and Sung Ja Hyun’s love triangle, which will only be cemented in the upcoming episodes.

The production staff stated, “A love triangle will soon begin that befits the drama’s title of being a bloody romance. As the characters’ affections deepen, so will their conflicts and their story will be one no one can take their eyes off.”

“Grand Prince” airs every Saturday and Sunday at 10:50 p.m. KST and is available exclusively on Viki. Check out the first episode below!