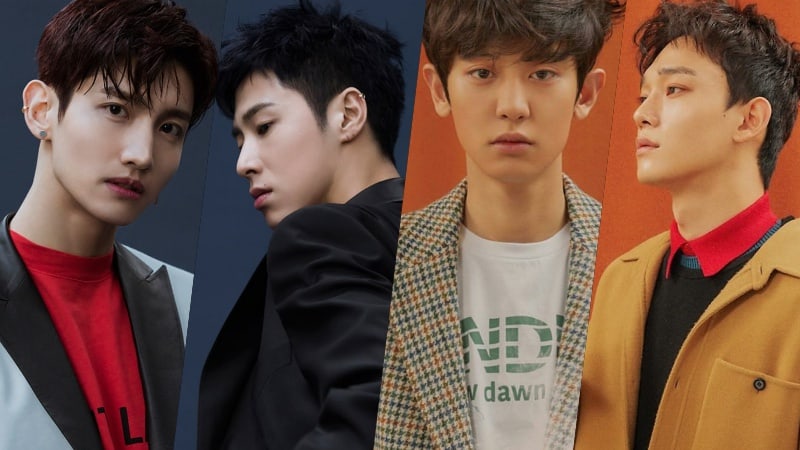 TVXQ and EXO are set to battle it out to see who are the kings of bowling!

On March 20, V Live announced through their Twitter account that TVXQ’s Changmin and Yunho will be going up against EXO’s Chanyeol and Chen in a friendly bowling match. Their caption reads, “TVXQ vs. EXO: King pin Match! We rub our eyes and pinch our cheeks to make sure this bowling match is real. We’re already so excited and happy to see these four handsome people. You definitely won’t want to miss this match!”

The match is set to be an interesting one as it will bring together four SM Entertainment idols from two of K-pop’s biggest groups. Changmin and Yunho are known to enjoy bowling during their downtime, which was also seen in the preview for their appearance in MBC’s “I Live Alone,” when Yunho went bowling with his close group of friends. Chanyeol and Chen have gone bowling with the other EXO members before, and Chanyeol is especially a well-known avid bowler. Chanyeol is not only part of a celebrity bowling team, but he also won the gold medal at the “2018 Idol Star Athletics Championships” in bowling.

Who will be crowned SM Entertainment’s bowling kings will be revealed on March 26 at 10 p.m. KST.

Will you be tuning in for this match?

EXO
TVXQ
Changmin
Yunho
Chen
Chanyeol
How does this article make you feel?