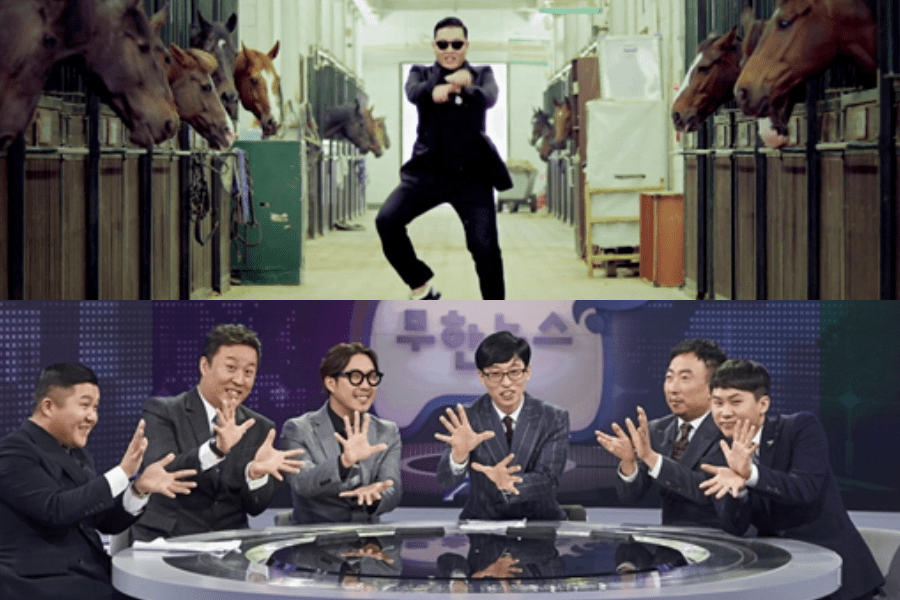 Korean entertainment extends past physical borders and is loved by many worldwide.

For its 10th anniversary, media outlet Sports DongA conducted a survey analyzing Korean entertainment over the years. 100 industry experts voted on several categories, and one of the questions they were asked were what they believed is the greatest hit to come out of Korean entertainment.

Chosen by 26 industry experts, PSY’s “Gangnam Style” was selected as the top hit product in Korean entertainment history. Some of the reasons given are that it is “the biggest worldwide hit among Korean content,” that it “introduced non-mainstream K-pop to the global music market,” and that its music video has “3.1 billion views in a YouTube generation.”

In second place is MBC’s “Infinite Challenge,” which garnered 14 out of 100 votes. Experts who chose the variety program as the best hit in Korean entertainment expressed, “More than just an example of Korean content, it is a cultural icon that represents this generation,” and, “It has been a huge contribution to pop culture as a mirror that reflects the last 13 years.” Another expert stated, “It is a representative piece of intellectual property that utilizes its influence.”

SBS drama “Sandglass,” KBS2 drama “Winter Sonata,” and BTS are tied for third, with six votes each. The experts who selected one of these dramas or the group explained that they picked their choices not because of their popularity, but because of their expandability or how they contributed to a new wave of pop culture.

As the biggest box office hit in all of Korean film history, movie “The Admiral: Roaring Currents” came in at fourth place, while MBC drama “Jewel in the Palace” is in fifth place.

What are some of your personal hits or favorite things from Korean entertainment?

BTS
The Admiral: Roaring Currents
PSY
Winter Sonata
Sandglass
Infinite Challenge
Jewel in the Palace
How does this article make you feel?