The political strife and conflict really started to pick up in this week’s episodes of “Grand Prince,” and as with any good sageuk, this means our prim and proper royal characters are starting to act completely savage towards one another. You know what we’re talking about: all the scathing disses, fake-polite remarks, and not-so-veiled threats that had our mouths agape as characters tried to intimidate and manipulate each other. Here’s a list of the top eight times that characters were savage this week!

Warning: spoilers for Episodes 7 and 8 below!

It’s hard to imagine a more savage introduction scene than the one in which we officially meet Roo Shi Gae (Son Ji Hyun), because growling at cute kids who want a bite of your food is probably the No. 1 way to be savage. 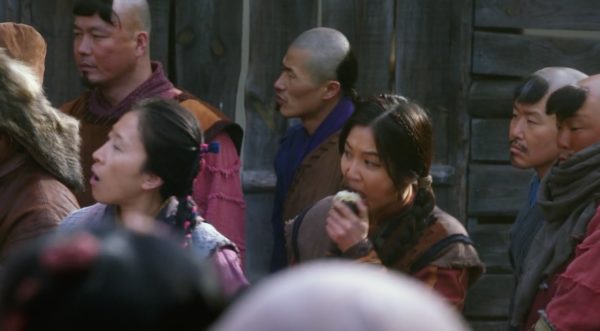 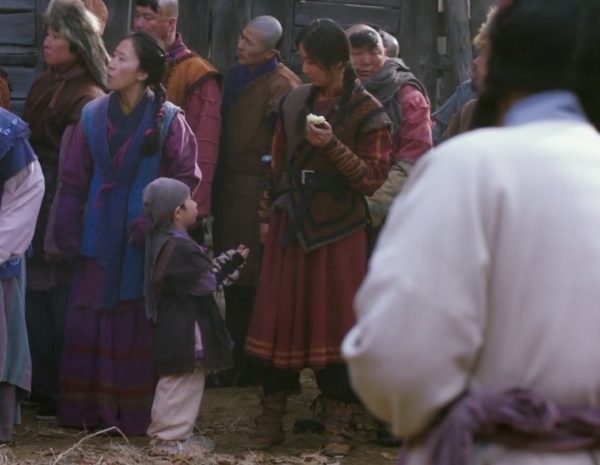 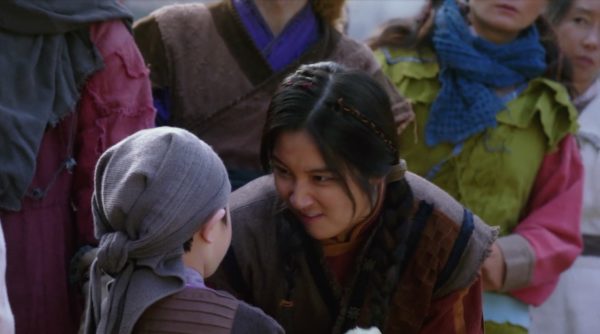 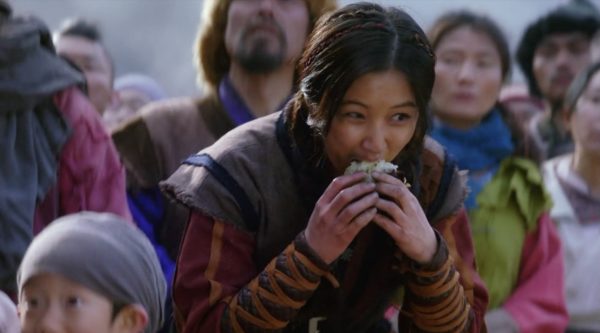 Prince Kang (Joo Sang Wook) never sugarcoats his words when talking to his wife Na Gyeom (Ryu Hyoyoung). If she weren’t so devious herself, we would feel sorry for her; but instead we almost applaud Kang’s brutal remarks. 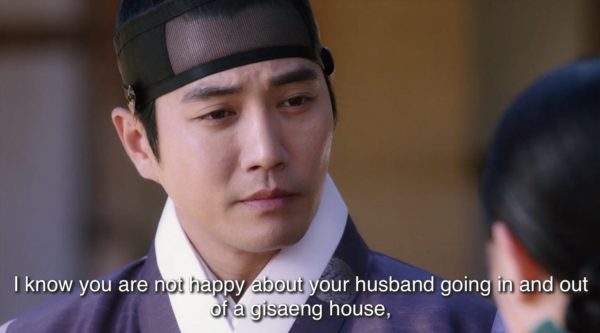 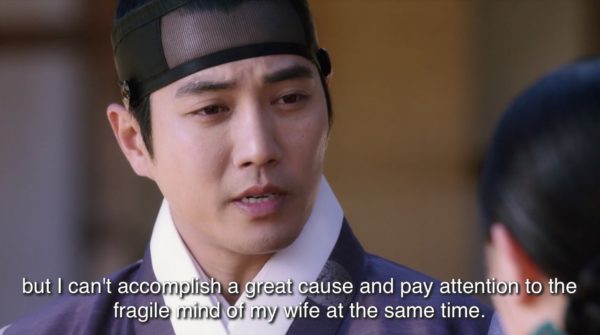 Because of her husband’s gisaeng house visits, Na Gyeom invites gisaeng Cho Yo Kyung (Choo Soo Hyun) over for some good old-fashioned subtle intimidation… but Yo Kyung quickly turns the tables on her. 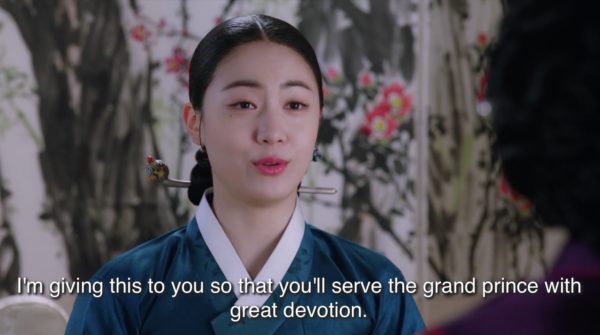 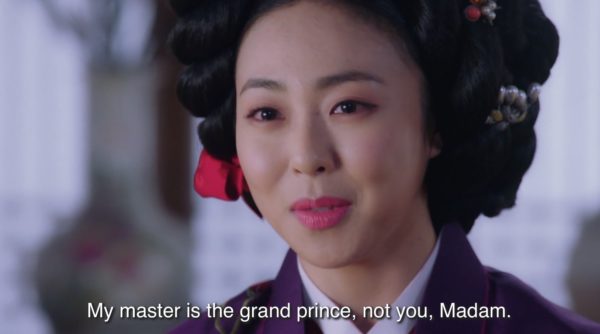 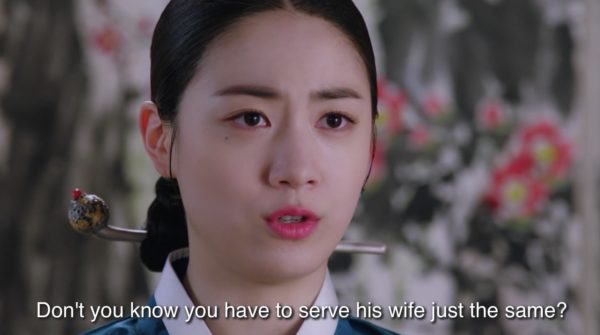 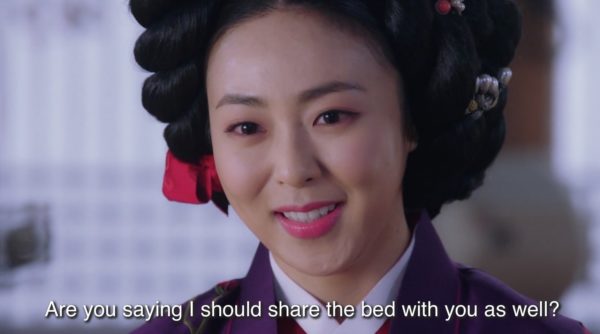 4. Prince Hwi and the dress

Prince Hwi (Yoon Shi Yoon) is a gentleman with only the best intentions, but Roo Shi Gae certainly reminds him to think of how his actions can be misinterpreted with this badass knife-pull! 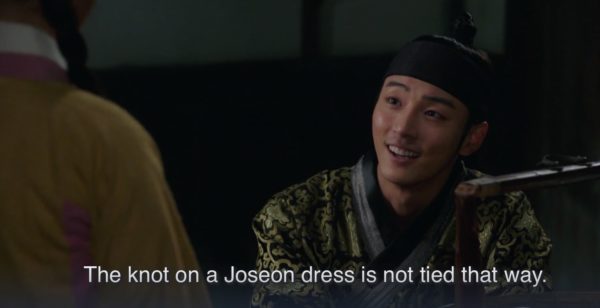 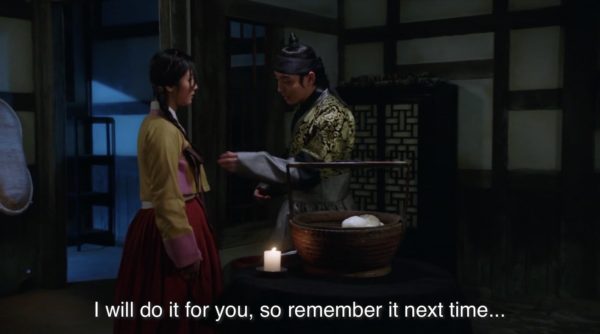 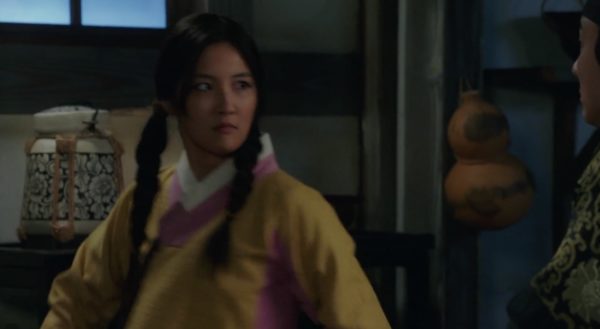 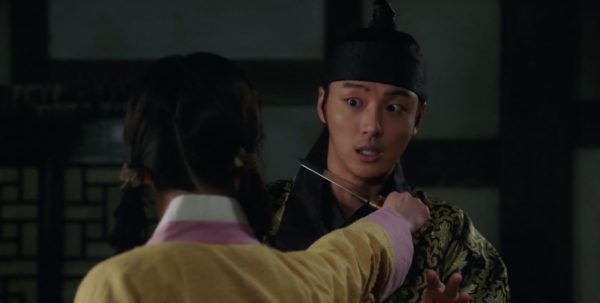 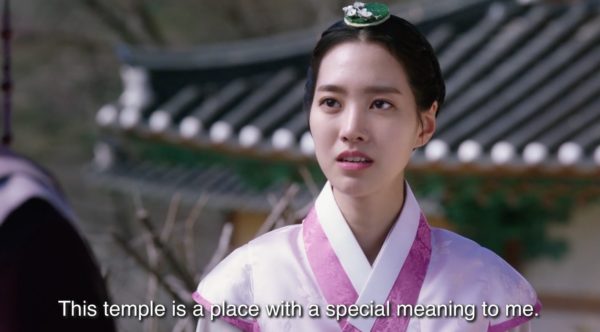 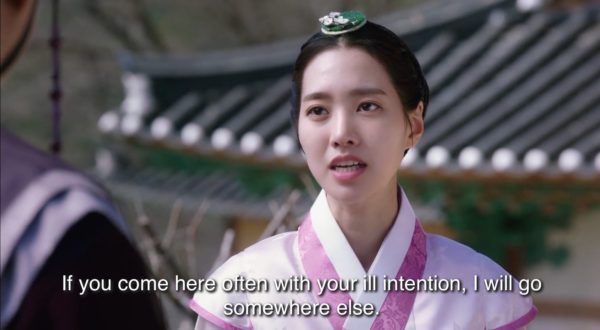 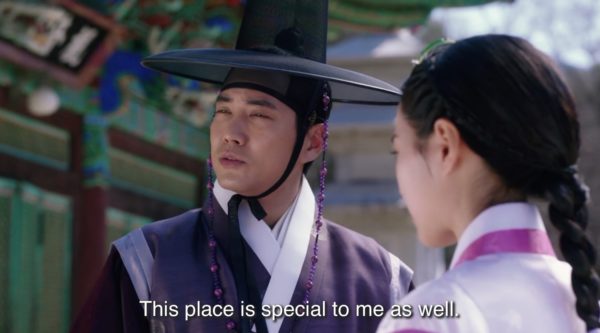 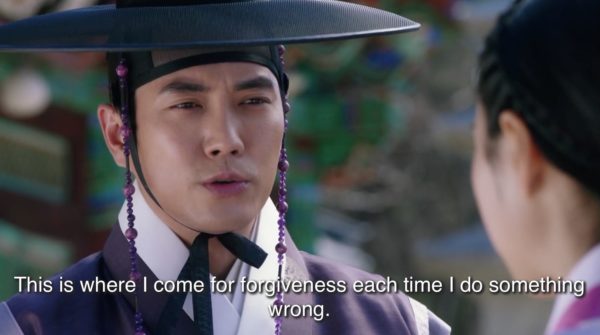 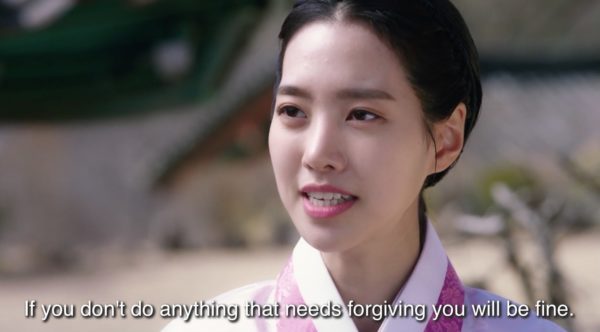 Angered that her husband is in love with Ja Hyeon, Na Gyeom delivers some scathing remarks to her former “friend” in what has to be one of the most brutal friend-breakup scenes we’ve ever seen. 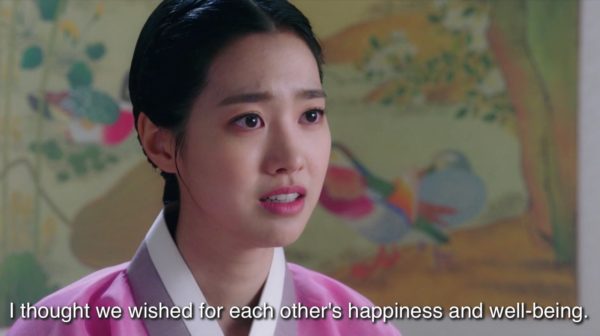 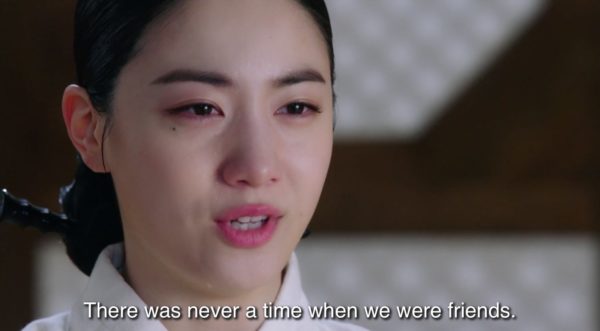 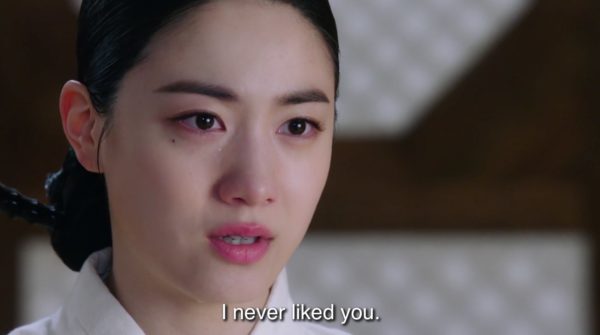 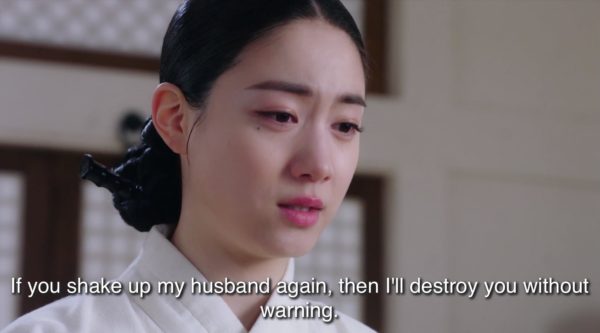 After being physically abused and beaten by Na Gyeom, Yo Kyung describes her impending payback plan — and her brand of revenge is a slow, calculated burn that we look forward to watching unfold. 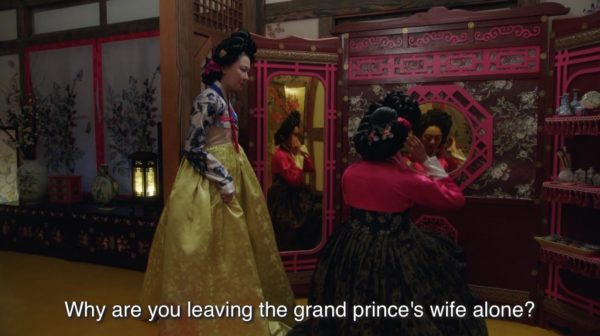 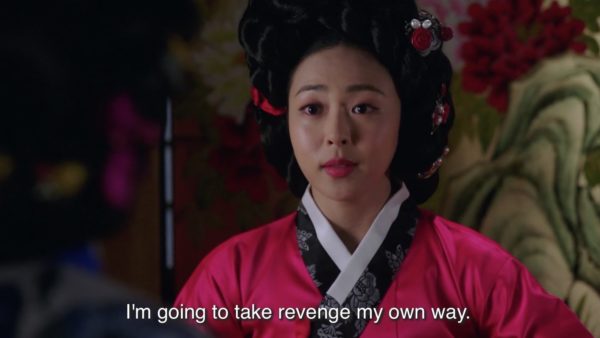 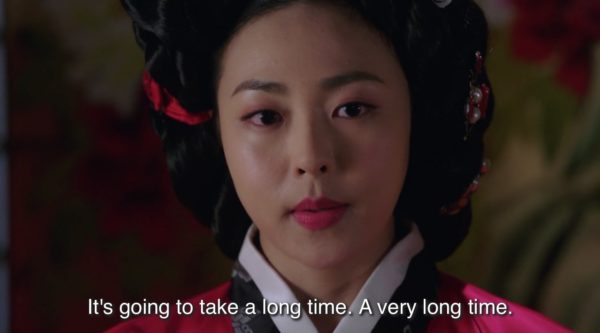 Rounding out our list is Ja Hyun’s mother (Kim Mi Kyung) with her humorously savage suggestion that she and her daughter fight to the death. Parenting is tough, but this woman is a fighter! 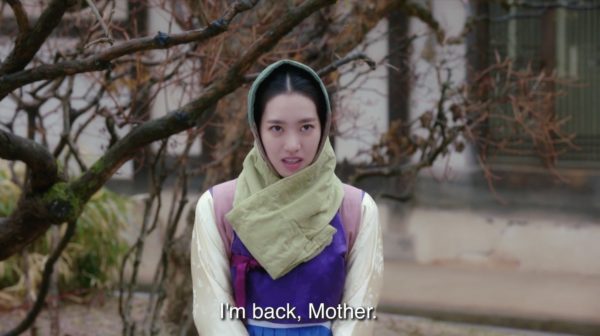 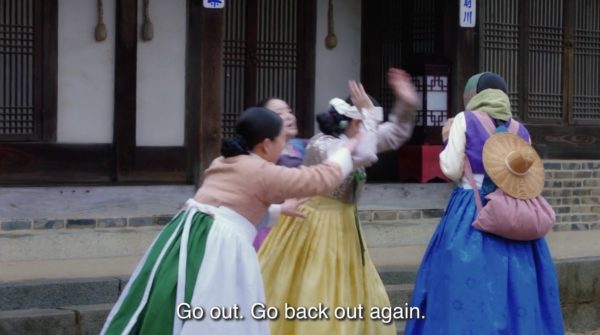 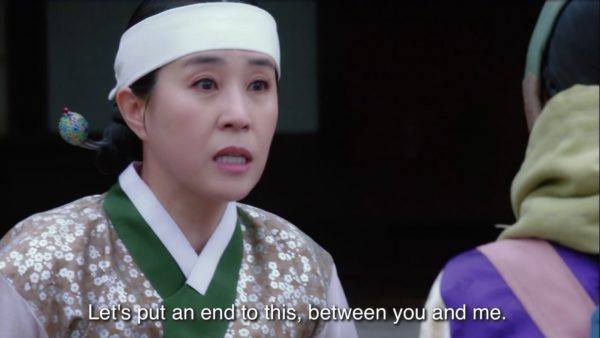 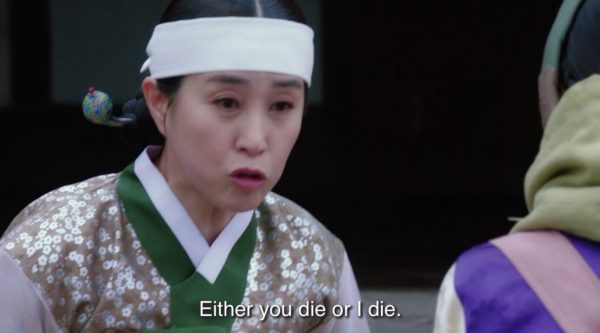 Hey Soompiers, what did you think of this week’s episodes? Let us know in the comments!