On March 29 broadcast of the radio program, TVXQ introduced their eighth album “New Chapter #1: The Chance of Love.” Yunho began, “From the first intro to the last track, we tried to tell a story. We tried to make [the album] like a magazine and incorporated TVXQ’s values.”

The group likened the wide variety of information available in a magazine to TVXQ’s diverse appeals. On filling their album with so much new content, Yunho said, “It means that instead of saving anything for ourselves, we wanted to repay the fans.” Changmin joked, “I would like it if there was something left for us to save.”

They spoke about their solo tracks on this album. Changmin explained the degenerate image of his track “Closer” and said, “It’s about a man who loves a woman from a distance.” Yunho described his solo track “Puzzle” as a “unique track based on electronic house sounds.” He added, “I’m the one who completes the puzzle. Love begins with yourself.”

TVXQ also talked about returning to the industry after completing their military service. Yunho said, “After going to the military, a lot of things changed. I matured and am slowly in the process of letting go.” Changmin added, “Four years didn’t pass by quickly, but instead felt like a long time. It felt like I entered a mind training center that you would see in a cartoon.” 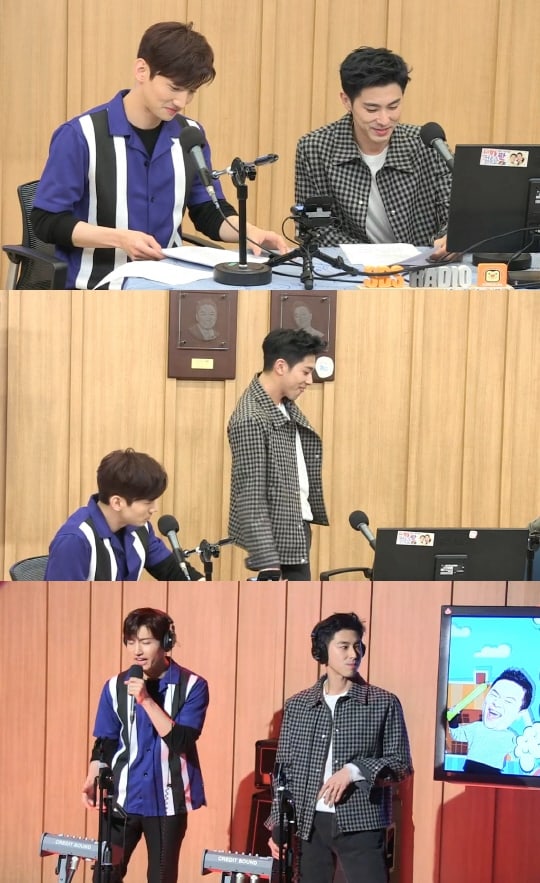 TVXQ recently revealed their homes and a glimpse of their personal lives to the public for the first time through MBC’s “I Live Alone.” The reality show highlighted the two members’ different tastes in interior design and personalities.

When asked if he could dorm with Yunho again, Changmin replied, “How honest can I be?” then added, “There are times when I miss our old, noisy dorm.”

Discussing their opposite lifestyles, Yunho said, “I like to go out. When I’m alone in that big room in my house, it’s nice, but sometimes I feel empty.” On the contrary, Changmin revealed, “When I go out, I think about when I can go back home. I really like home and being at home.”

They also differed in their drinking habits. Changmin said, “I really enjoy drinking. I like everything like beer, soju, and wine. I think I drink more when I eat snacks.” Yunho revealed, “I enjoy drinking and am good at it, but I only drink exactly 12 times a year. But when I do drink, I go all out.”

TVXQ released their latest album on March 28 at 6 p.m. KST and topped iTunes album charts in 11 countries. In addition to their Korean activities, they will be the first artists ever to hold concerts at the Nissan Stadium in Japan for three consecutive days when they return for their third dome tour finale on June 8-10.

TVXQ
Cultwo Show
Changmin
Yunho
How does this article make you feel?