Celebrities Who Followed In Their Idols’ Footsteps As Fans

There are many stories in the Korean entertainment industry of celebrities who got to meet their idols after becoming famous themselves.

Stars that get to meet the singer, actor, or entertainer that inspired them to pursue the same path are known as “successful fans” in South Korea. Here are a few examples: 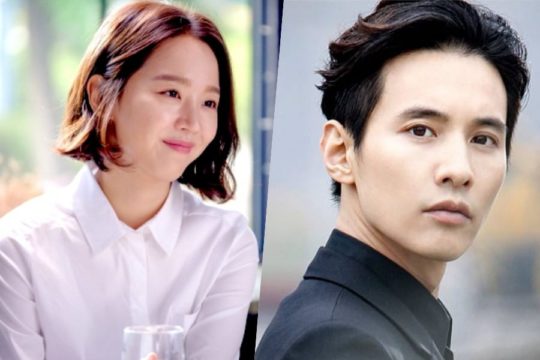 Actress Shin Hye Sun has an impressive filmography despite her relatively recent debut. She made her first onscreen appearance as a minor character in the popular “School 2013” and has since appeared in other hits like “Oh My Ghostess,” “She Was Pretty,” and “Legend of the Blue Sea.” She recently shot to greater fame as one of the leads in “My Golden Life,” which garnered impressive viewership ratings of more than 40 percent.

But before she was a successful actress, she was a schoolgirl with a huge crush on Won Bin. She decided to pursue acting after seeing him in a drama and on a variety show once admitted, “When he comes on TV, I get so nervous I can’t watch. I couldn’t even watch his movie ‘The Man from Nowhere’ in theaters.” 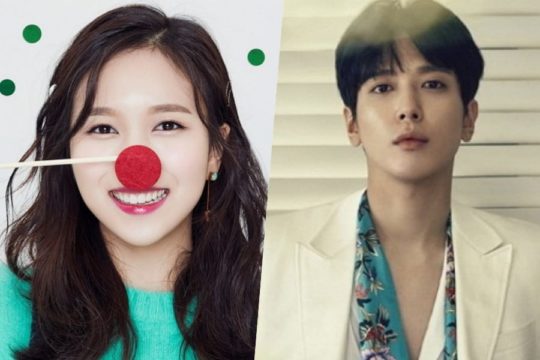 Now she is part of one of the hottest girl groups in South Korea – but before her debut, Mina was just like us. Despite growing up in Japan, she was a huge fan of K-pop, particularly CNBLUE. Not only did she buy CNBLUE merchandise, but she once went to watch Jung Yong Hwa film MBC’s “We Got Married.”

After her debut, Mina was able to receive an award as part of TWICE while Jung Yong Hwa emceed the ceremony. 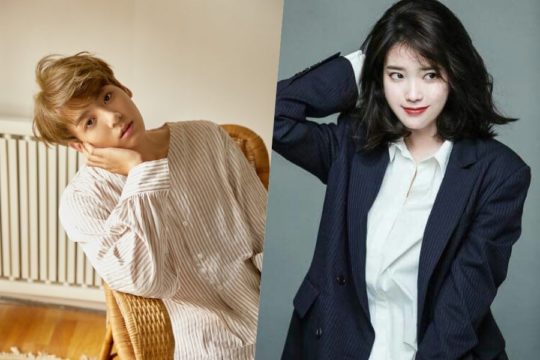 BTS fans know well that Jungkook is a huge fan of IU!

Hers was the first album he ever bought, and he has described her as his ideal type before his debut. He was also spotted looking really happy during one awards ceremony where IU took home a prize. 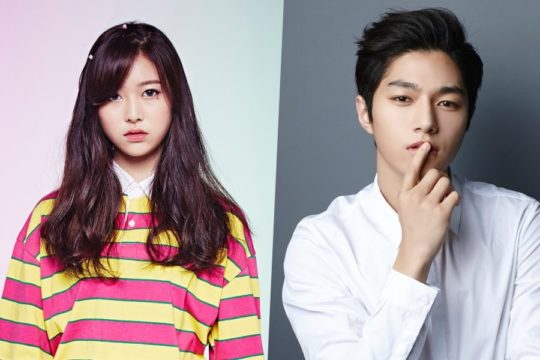 Now part of the rising girl group MOMOLAND, Jane was once a “home master” for INFINITE’s L!

“Home master” is the Korean term for someone who runs a homepage (web page) dedicated to their idol, usually with pictures and videos of the celebrity. The photos Jane took of L are said to still be circulating online because of their high quality. 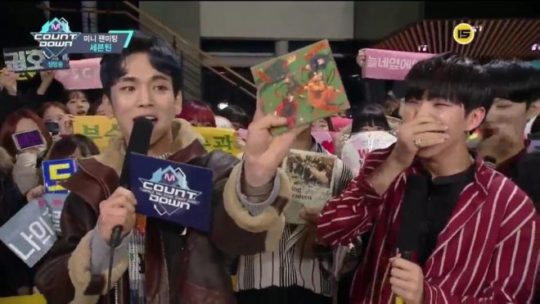 He has in particular been inspired by Taemin and has shared that his dad is acquaintances with Taemin’s uncle. After his debut, Hoshi became a “successful fan” when he exchanged albums with them in person.

Can you name any other examples of “successful fans”?