A Tech-Savvy Couple: 9 Reasons To Check Out “Only Side By Side With You”

“Only Side By Side With You” is an interesting C-drama that creatively blends romance with technology. The story focuses on Nan Qiao (Bai Bai He), who runs a tech company that designs drones. There’s also Shi Yue (William Chan) and Chang Jian Xiong (Li Xian), two men who were buddies in the Special Forces that had a falling out, only to cross paths again years later. These three characters’ stories, both past and present, intertwine more than they realize, and are made only more complicated by their feelings for each other. 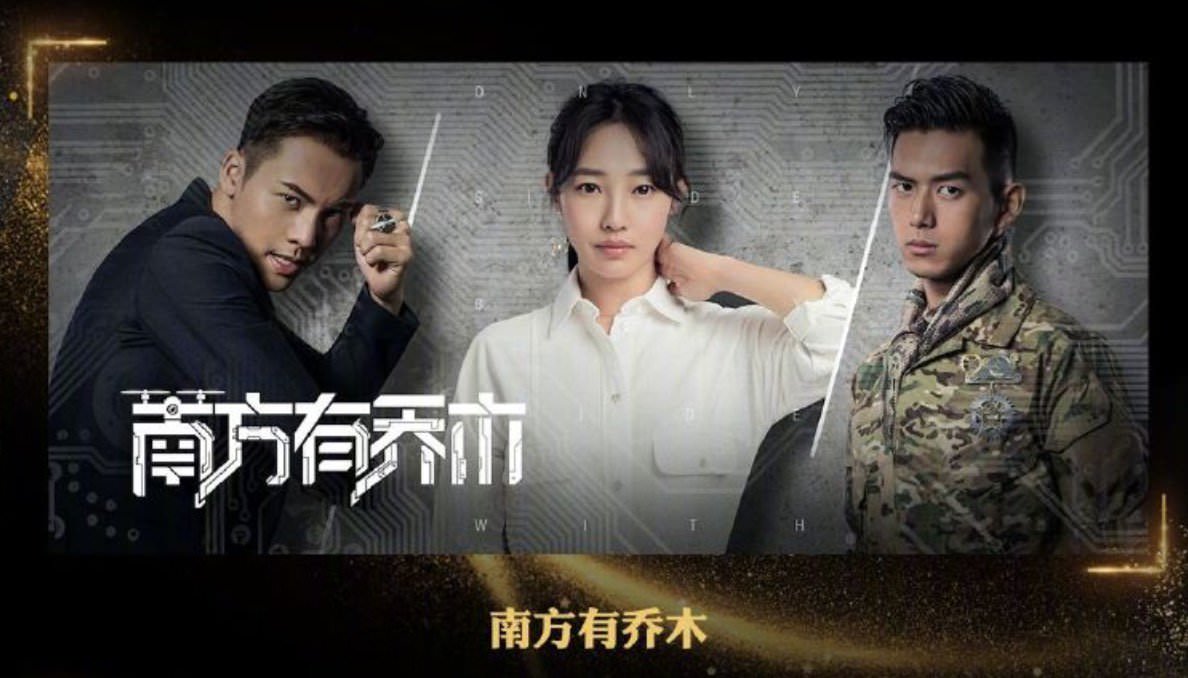 This drama has only just started airing this past March, so you still have plenty of time to catch it while it’s still hot. Here are nine reasons why “Only Side By Side With You” is worth checking out!

Warning: This feature covers episode 1 to 15. I’ve avoided any major spoilers, but still, you’ve been warned!

The main leads flirt with each other…using drones! 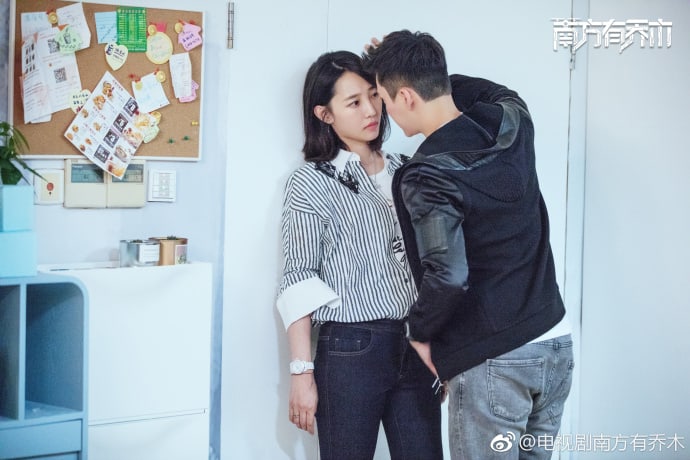 How do two techies flirt with each other? By using a drone of course! In one scene, Nan Qiao places a post-it on a drone, asking Shi Yue to join them on a company outing. When Shi Yue sees the drone flying outside his apartment, he lets it in and promptly kidnaps it, which forces Nan Qiao to have to ask him out face-to-face!

Later, when one of Nan Qiao’s drones is taken off the market because of technical issues, Shi Yue similarly sends a note of encouragement to her via drone, which is just too cute.

The male lead is a natural gentleman 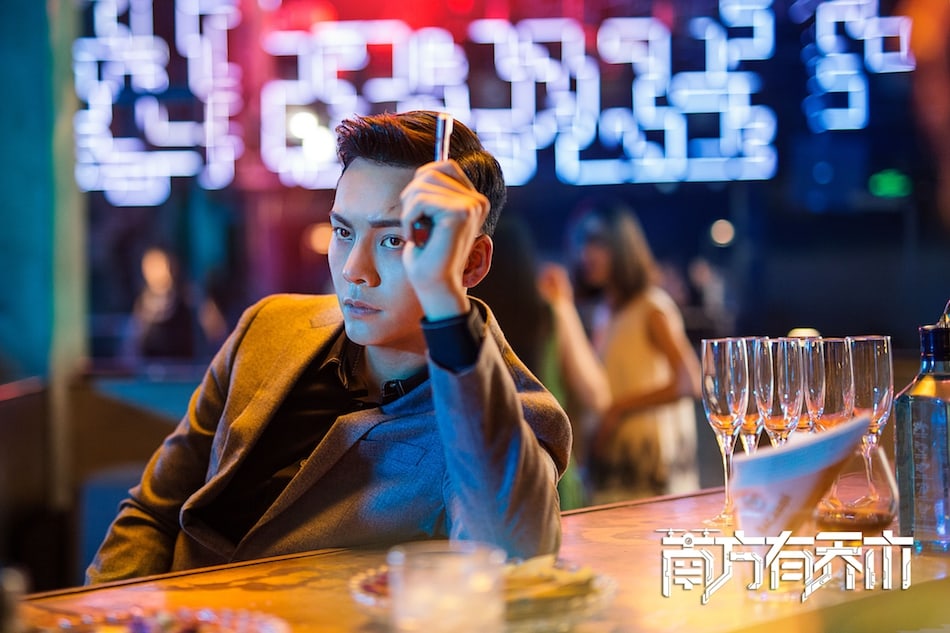 Who doesn’t have a soft spot for gentlemen? Shi Yue can often be seen using “manner hands,” and he does it so naturally without a second thought that it’s even more swoon-worthy!

Tie-ing her shoelaces before she even notices they’re undone

He is also cutely possessive

When Shi Yue goes to find Nan Qiao at her favorite rock-climbing club and sees her slightly sweaty bare skin, he brazenly says that though he likes the look on her, he would prefer it if he were the only one that sees it. So he zips up her sweatshirt all the way to her chin! It’s a moment that should be super cringe-y, but I am also too busy swooning to care.

Chang Jian Xiong and Nan Qiao have been good friends since they were young, and practically the whole world knows he has feelings for her (aside from Nan Qiao that is). He knows her very well and is always willing to put her first, even bailing out her ailing company (did I mention he’s from a rich family?). There is so much painful affection in the way Jian Xiong looks at Nan Qiao, that you can’t help but want to give him a consoling hug. 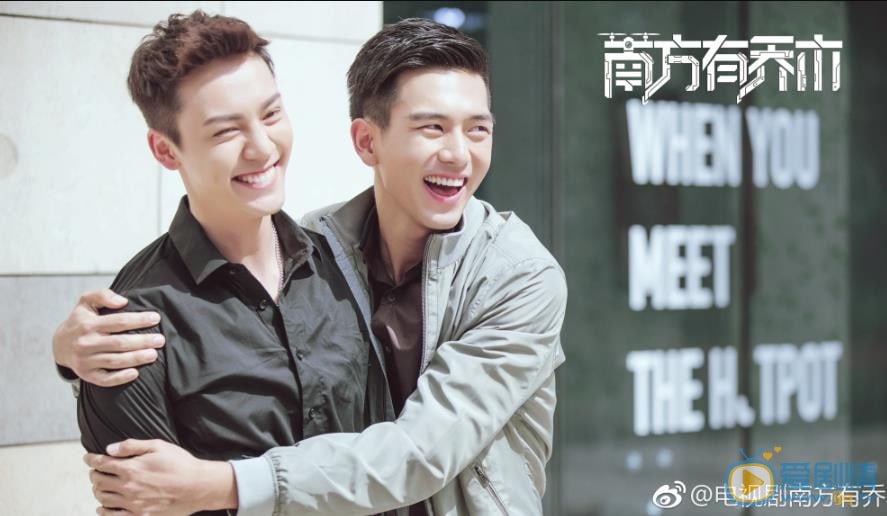 Shi Yue and Chang Jian Xiong were at the top of their classes when training at the Special Forces, and became good buddies before everything hit the fan. The drama often flashes back to their time together, giving us bits and pieces of their bromance and the eventual fall out. While the mood is much more tense when they meet again in the present day, it’s obvious to see that there’s still an easy understanding between them. And really, boys playing basketball gets the heart racing any day!

When times were simpler

All suited up in present day

The female lead has a sassy smart-table

Nan Qiao’s table may give Siri a run for her money! It’s able to search for anything on (voice) command, even attempting to teach her some aegyo. It also has quite the personality, as it sasses Shi Yue by letting him know it’ll listen to anyone but him. Now, where can I get me one of these tables?

There are tons of cool fight scenes

Shi Yue and Jian Xiong are in the Special Forces, so we get quite a few fight scenes in this drama. But I’m not complaining here because they’re just. so. cool! With the way the scenes are shot, I’m pretty sure both actors are doing most of these stunts themselves!

Hao Jie is a genius coder who’s friends with Shi Yue, and is summoned back from overseas to help Nan Qiao create a mobile app. He first meets Nan Qiao and her friend, Ouyang Qi, when he mistakenly goes to their house thinking it’s Shi Yue’s. From that moment on, he becomes adorably smitten with Ouyang Qi. He even goes to her clinic, but when discovered, he quickly lies that he needs to see the doctor. The kicker? She runs a veterinary clinic!

It won’t be easy to get rid of Hao Jie!

Workout scenes that will make you fangirl

Some of us have trouble just getting out of bed in the morning. And then there are also some of us who work out like this for no other reason than to get us fan-girls clutching our pearls and fanning ourselves:

Bonus points for having Po here too!

In a nutshell, “Only Side By Side With You” is a solidly interesting drama with a wonderful cast – both acting and visual-wise – that is well-worth your time! And there are so many major plot lines that will appear in the second half of the drama that you know will just blow everything up in the air (Eg. enigmatic An Ning, played by the gorgeous Qin Hai Lu)! So what are you waiting for?

Catch the first episode of the drama below:

Are you watching this drama? And did you chuckle at the William Chan meta-moment? Or if you’re not, will you be giving it a chance now? Let us know in the comments below!

Belinda_C has been waiting for this drama since end of last year, and is so excited to finally watch it! She’s also (not-so) patiently waiting for Shinhwa to grace her screens soon!

Currently watching: “Only Side By Side With You”

Soompi Spotlight
William Chan
Only Side By Side With You
Bai Bai He
Li Xian
Qin Hai Lu
How does this article make you feel?