“Grand Prince” has released new still images of Jin Se Yeon drenched in the rain ahead of its April 8 broadcast. Jin Se Yeon is said to have stood under the water for a total of five hours, revealing her dedication to her acting.

The revealed images show Ja Hyun looking distraught amidst the heavy rain falling down on her. The images also capture Ja Hyun’s parents Sung Wok (Lee Ki Young) and Ahn Juk San (Kim Mi Kyung) running out to meet their daughter as they are worried for her. Ja Hyun’s parents seem shocked and worried at her soaked appearance. However, Ja Hyun angrily confronts her father in one image, and her mother does not hold back to scold her in another image. 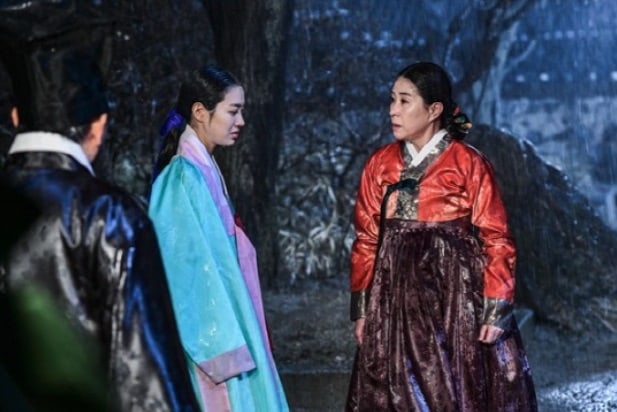 The images are garnering great attention as they show a completely different side to Ja Hyun. Ja Hyun has always smiled brightly, but she can now be seen crying loudly in the rain. Many are curious as to what has happened for Ja Hyun to be so emotionally distraught.

The particular rain scene captured in the images was filmed on March 28 at a Korean folk village in Yongin in Gyeonggi Province. The scene was an important one as it shows Ja Hyun emotionally affected by a major incident, and special effects equipment was used with the rain to create a more realistic scene. Jin Se Yeon was also said to have continuously rehearsed to portray the strong emotions, and thoroughly checked the camera angles before filming. 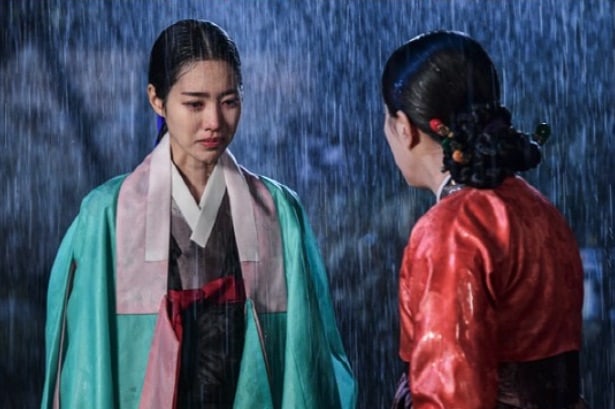 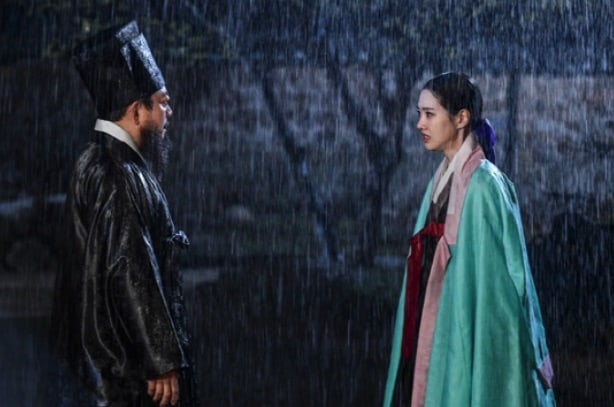 The drama staff shared, “Jin Se Yeon earned the applause of the staff for filming a stabbing [scene] during the day, and then enduring the heavy rain at night. Jin Se Yeon pulled off the complicated emotions of Sung Ja Hyun from her sad wailing to her fiery anger. The scene will leave an impression as big as the amount of effort put into creating it.”

Are you curious to see what hardship Jin Se Yeon will face in the upcoming episode of “Grand Prince?”

Catch up with the first episode of “Grand Prince” below, if you haven’t already!