Cast Of “Grand Prince” Can’t Stop Smiling Behind The Scenes

“Grand Prince” recently released photos from the April 1 episode, where the cast was full of smiles and laughs as they filmed the marriage ceremony episode.

Despite the serious, tense atmosphere of the scene, the cast was full of laughter and cheer behind the scenes. Yoon Shi Yoon, compared to his worn, bedraggled state in previous episodes, is dressed in a stately manner for his wedding. He rides his horse and also walks around the set, grinning happily. 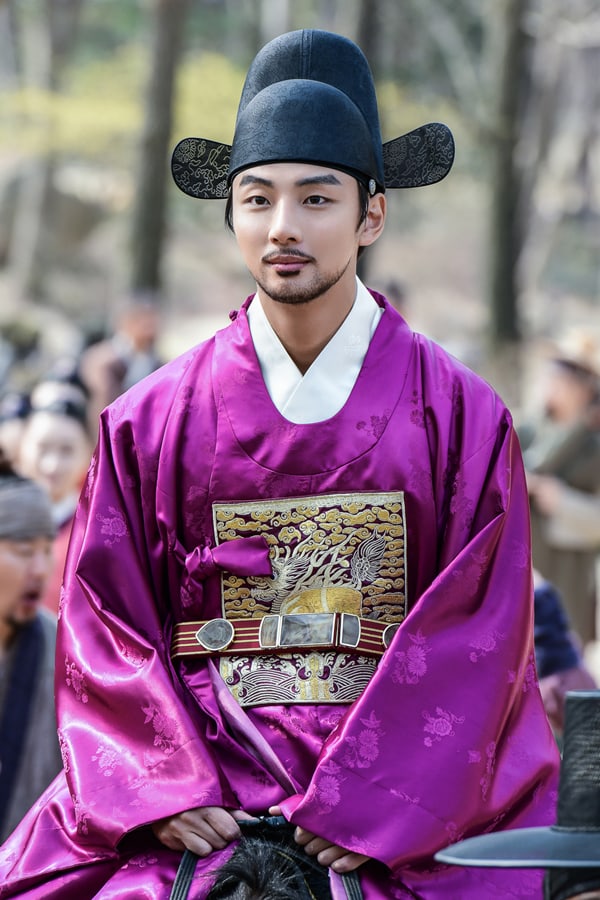 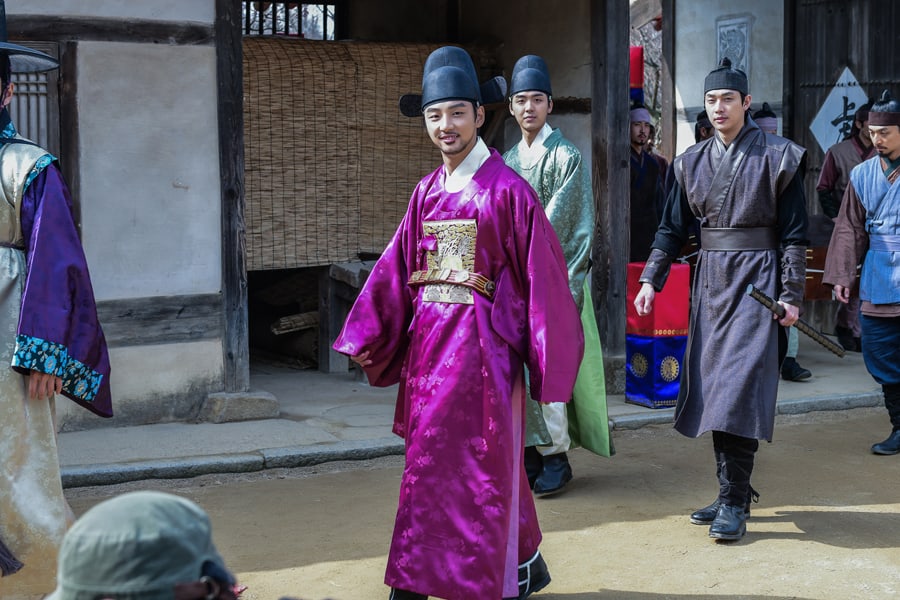 Jin Se Yeon is a beautiful bride, as she wears traditional wedding garb. Though the clothes are uncomfortable, she jokes and laughs with Moon Ji In. 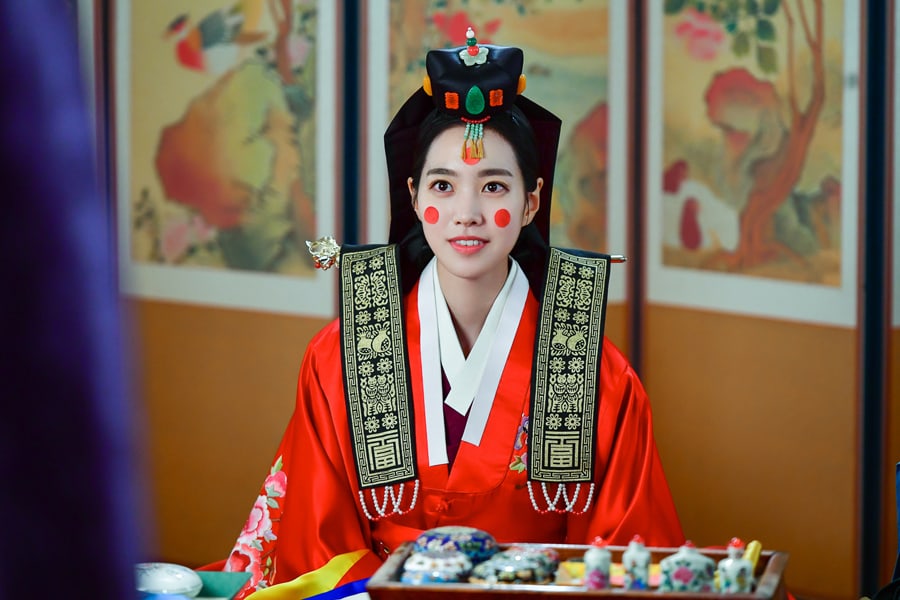 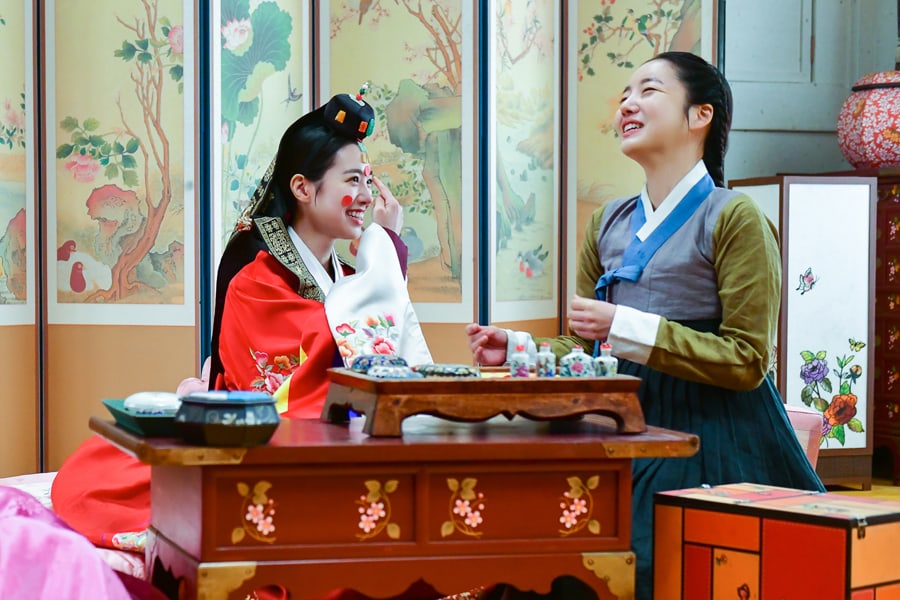 Joo Sang Wook is the most opposite of his angry, brooding character Lee Kang as he smiles happily while riding his horse. He even humorously tilts off his horse to monitor the scene. 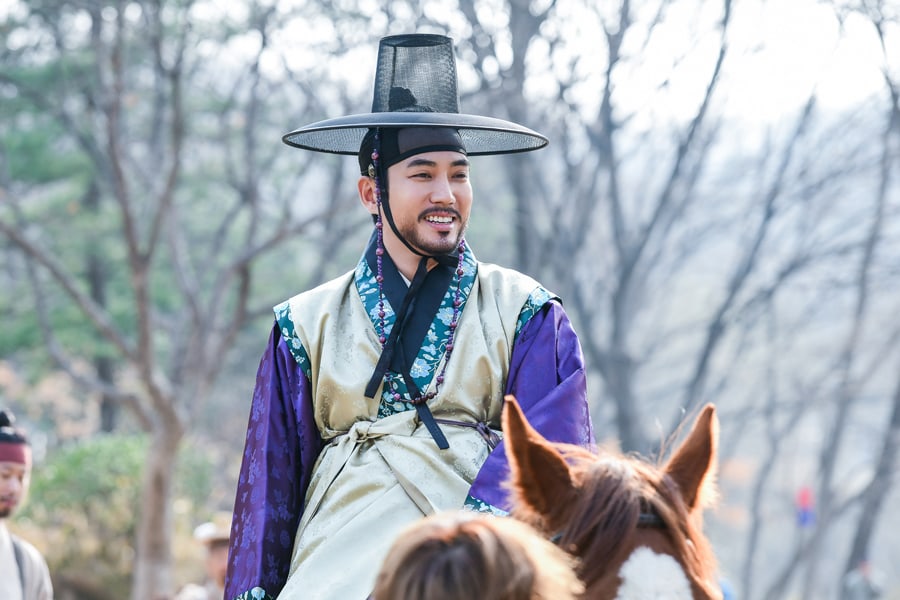 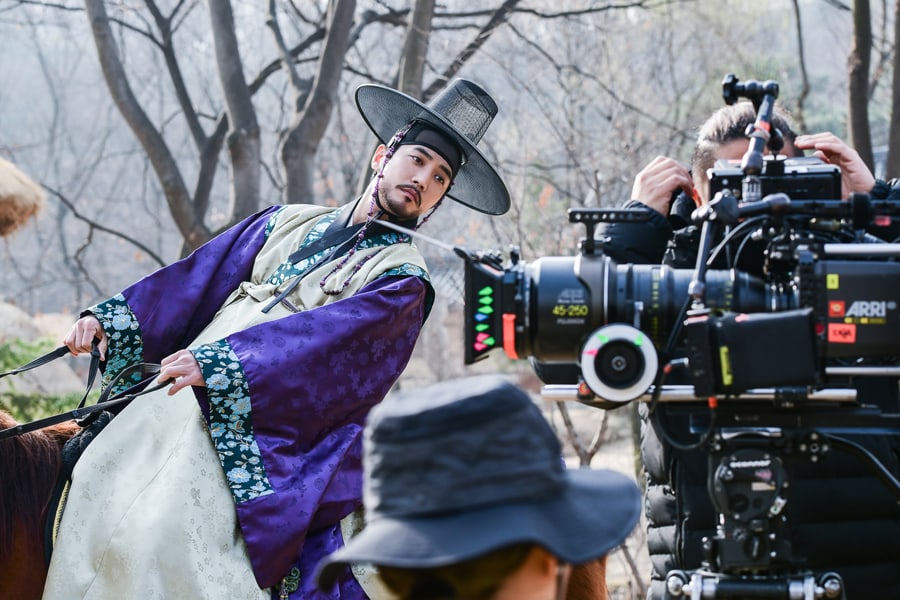 The production staff stated, “The ‘Grand Prince’ team is doing their best to complete the portrayal of the war between the brothers. The actors’ teamwork and energy are playing a big role in energizing the difficulties of filming.”