Actors Lee Sung Min and Lee El appeared as guests on the April 5 episode of the variety show to promote their upcoming film “What a Man Wants.”

Describing Lee Sung Min, Lee El said, “I call him ‘captain.’ It’s not that he leads while doing things, but I trust and follow him.”

Lee Sung Min explained, “The actual captain is Captain Song. Song Ji Hyo took care of many things on set and did many things.”

Lee El added, “I thought that I took good care of people even if I lacked the ability to act, but when Song Ji Hyo returned from Hong Kong, she even gave me cookies to give to my older sister.”

Lee Sung Min added, “You can see Song Ji Hyo at all kinds of events. There were a limited number of tickets, so I could only get a ticket for one person, but she still came.” 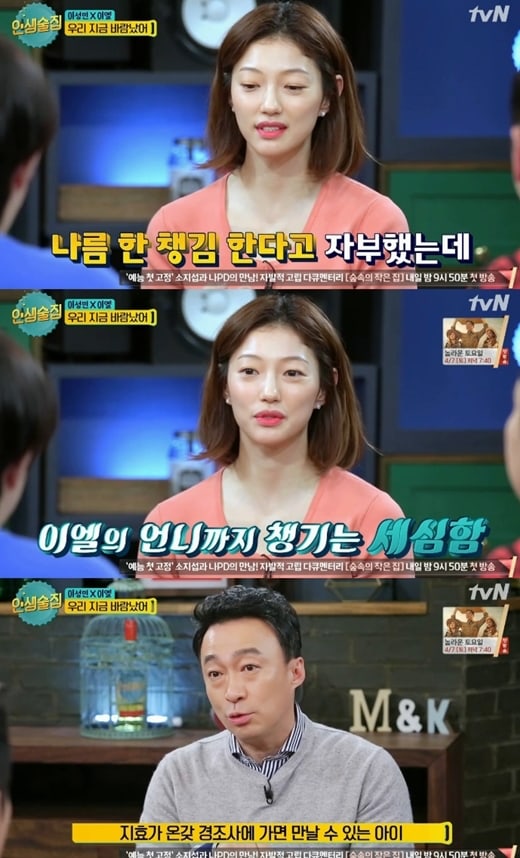 “What a Man Wants” is a comedy film that explores four adults who belatedly fall in love with something or someone. It premiered on April 5 in domestic theaters.