Lee El appeared as a guest on tvN’s “Life Bar” and expressed her hopes of becoming friends with Super Junior member Kim Heechul.

On the April 5 episode, the MCs and guests tried to sort out nicknames for each other according to their ages. Looking at Lee El, Heechul joked, “Since we saw each other a couple times now, how about ‘Honey’?”

Lee El answered that she was born in the year 1982 and Heechul said he was born in 1983, making her one year older. Heechul mentioned that Lee El adopts stray cats and has a kind heart. He added, “You know my nickname is ‘cat.'”

When the MCs asked about how she’s said she wants to become friends with Heechul, Lee El explained, “This is my third time seeing Heechul. He’s cute and funny. His actions are cute, so I thought that it’d be nice to have someone like him as a little brother. I want to shop, watch movies, and eat delicious food together.”

Heechul looked surprised as he replied, “Don’t play with people’s hearts.” Lee El added, “A relationship between a man and a woman doesn’t always have to be that kind of relationship.” 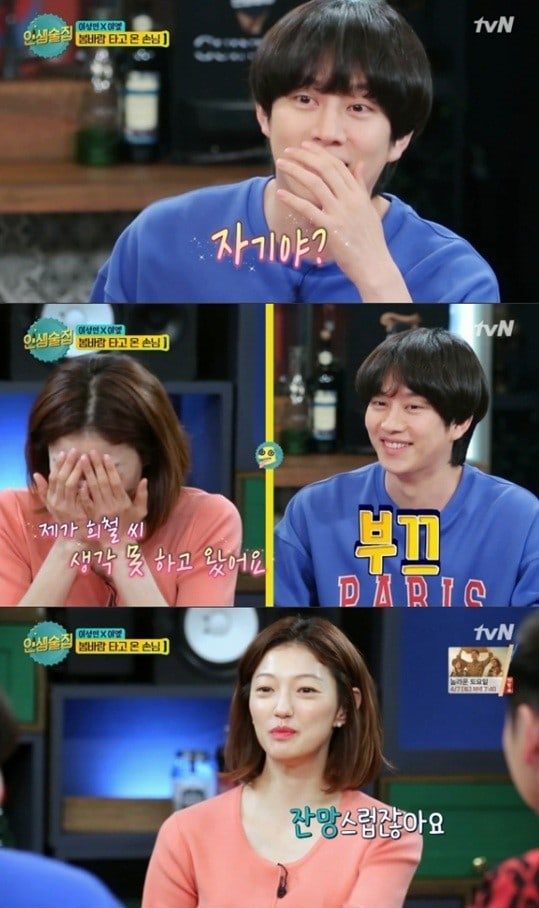 He later said, “I can’t call you noona [older sister or friend] because it hurts my pride.” Lee El surprised everyone when she replied, “Heechul, you can just speak informally.”