On the latest episode of “Radio Star,” Shin Soo Ji shared her perspective on how the news of her relationship with Jang Hyunseung came out.

It was reported in January that rhythmic gymnast-turned-professional bowler Shin Soo Ji was dating former BEAST member Jang Hyunseung. Soon after the reports, both their agencies confirmed that the pair had been dating for four months. They met through their shared love of bowling.

On the April 11 episode of “Radio Star,” Shin Soo Ji was asked about how their relationship ended up in the news.

“It seemed like something said directly by an acquaintance who goes to the same bowling alley as us,” she said. “I’m not sure who it was exactly. They had known since the beginning.”

“There are a lot of people at the bowling alley, so it was inevitable that we’d be noticed,” she said. “We’d already agreed that if dating reports came out, we’d confirm it.”

She laughed as she said, “I think we confirmed it within a tenth of a second.” 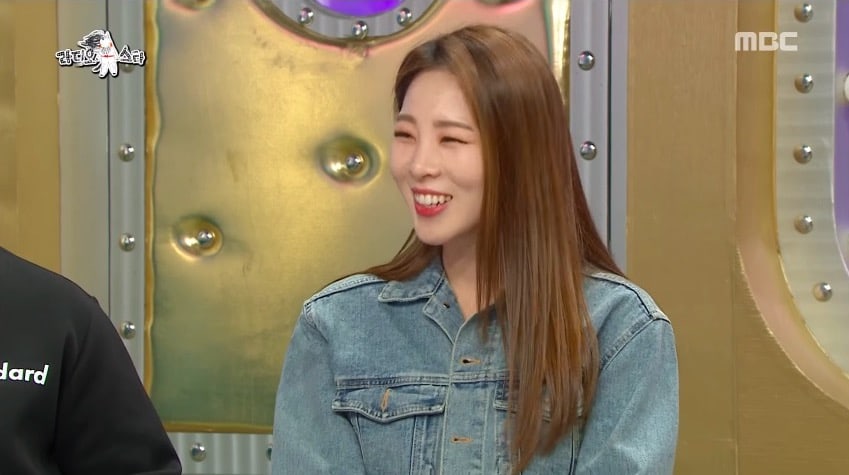