Jeong Sewoon successfully completed his first solo concert “The First Concert Happily Ever After” on April 21 and 22.

The final concert was packed with special performances and covers that delighted fans. He started out with singing “Slower Than Ever” from his most recent album and went on to sing other songs from his debut album. The singer affectionately talked about his guitar Pudding and how he is in good condition because Pudding is in good condition. He also sang parts of Eddy Kim’s “Push & Pull” with his fans. 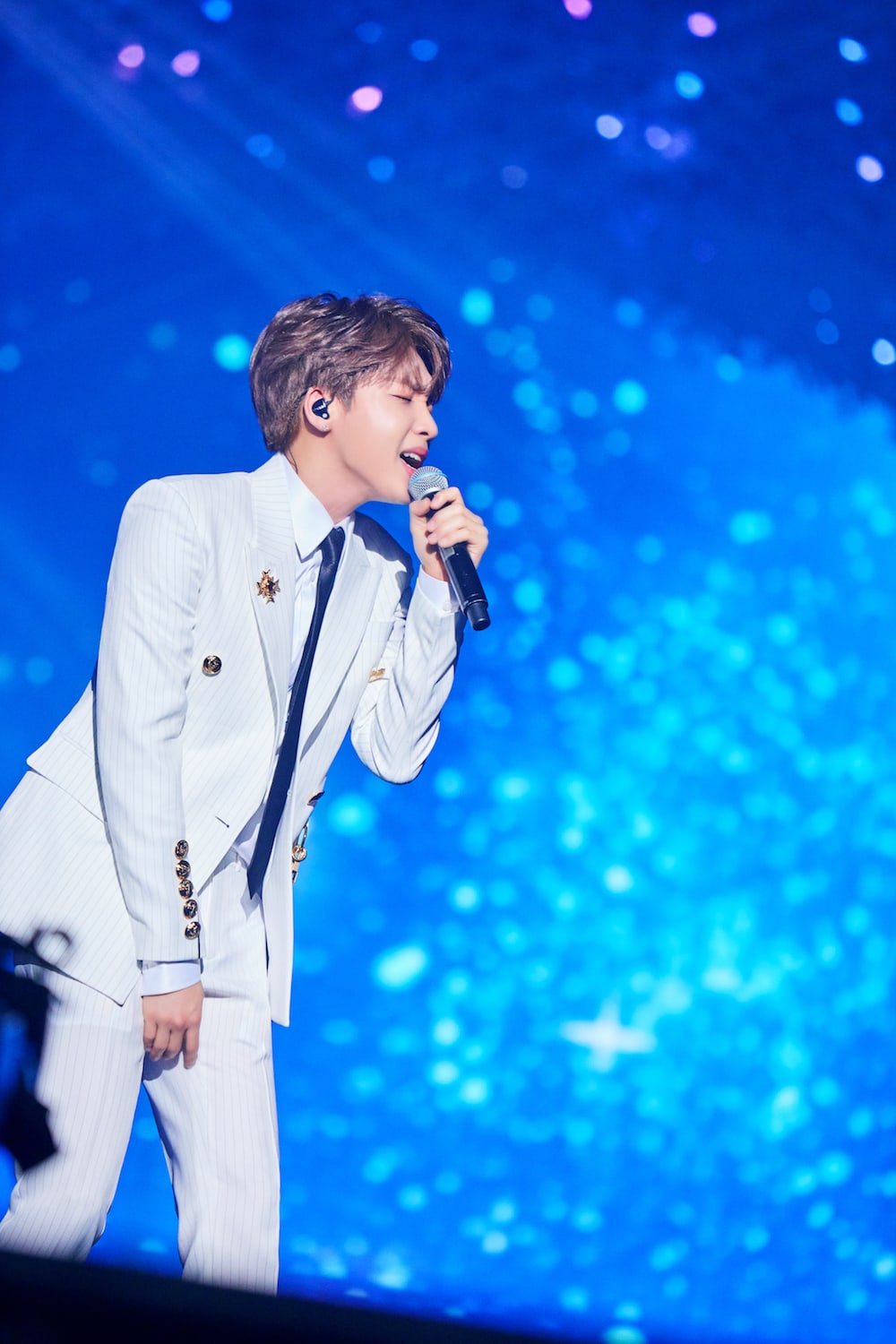 The singer showed a nod to his “Produce 101” roots as he covered BLACKPINK’s “Playing With Fire” which he performed during a mission on the show. He also danced and put his own spin on the show’s theme song “It’s Me,” as well as Wanna One’s “Energetic.” 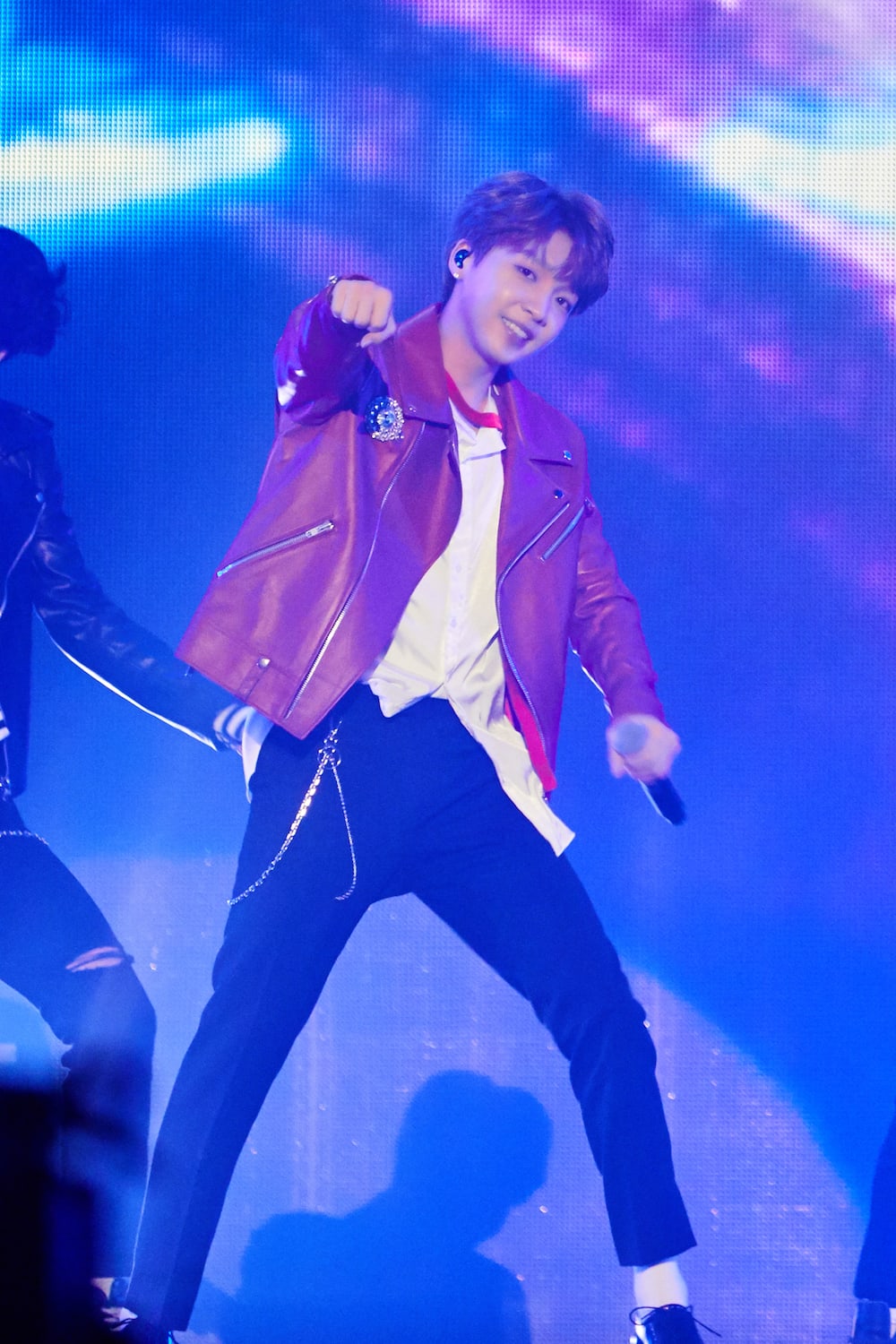 He noted that last year he performed at the same venue as a guest at K.Will’s concert which makes him even happier to be back here performing at his own concert. The singer also mentioned that his old school friends from Busan came to see his concert. His three friends cheered and waved at him in response. Jeong Sewoon covered more ballad tracks before singing pop songs like Justin Bieber’s “Boyfriend” and Shawn Mendes’s “Mercy.” 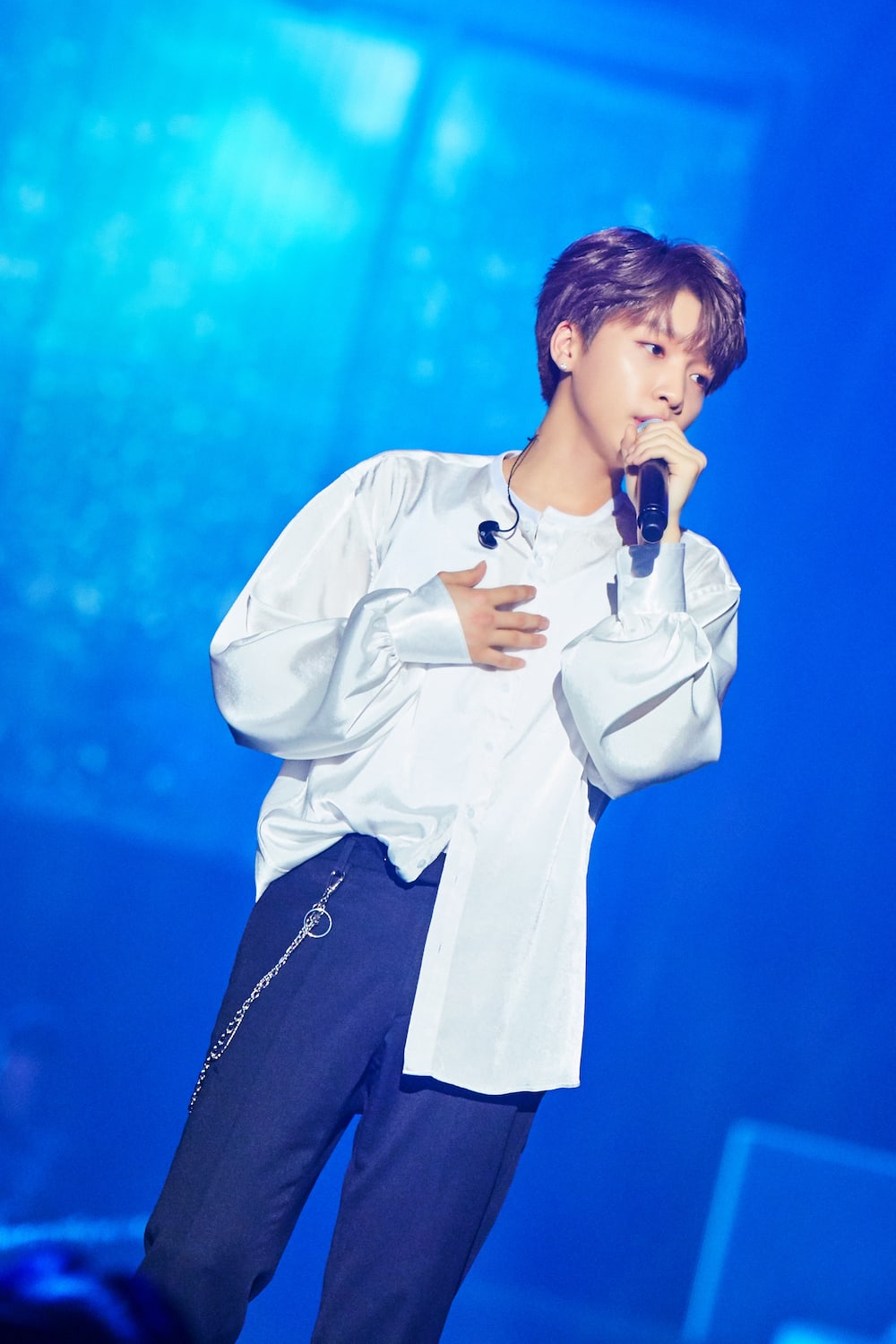 MONSTA X appeared as a special guest and performed “Jealousy” and “Dramarama.” The members talked about how proud of Jeong Sewoon they are, how they knew Sewoon when he was a trainee, and how he’s all grown up now. Jooheon boasted about being roommates with Sewoon in the past and Hyungwon tried to one up him by revealing that he used the bed that Sewoon used. When Jeong Sewoon returned to the stage he mentioned that MONSTA X came after a fan meeting and thanked them for coming despite being busy. 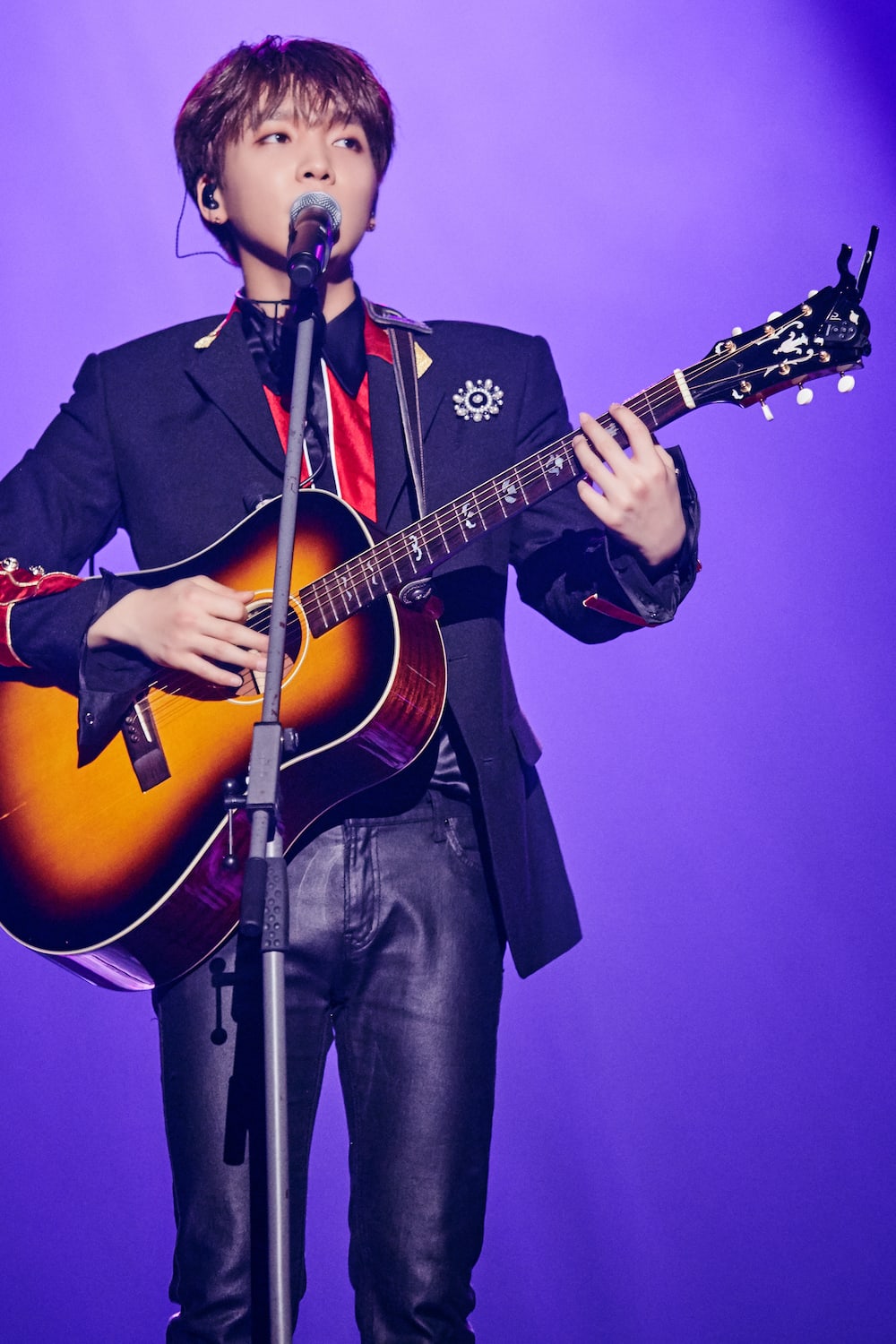 The singer showed his cute side and talked about how riding the lift during one song was a little scary for him. He joked about how on the first day he shakily sang because the lift shook a little on its way down. Jeong Sewoon then showed off his dance moves as he covered Taemin’s “Move,” Sunmi’s “Gashina,” BTS’s “I NEED U,” and BIGBANG’s “Bang Bang Bang.” 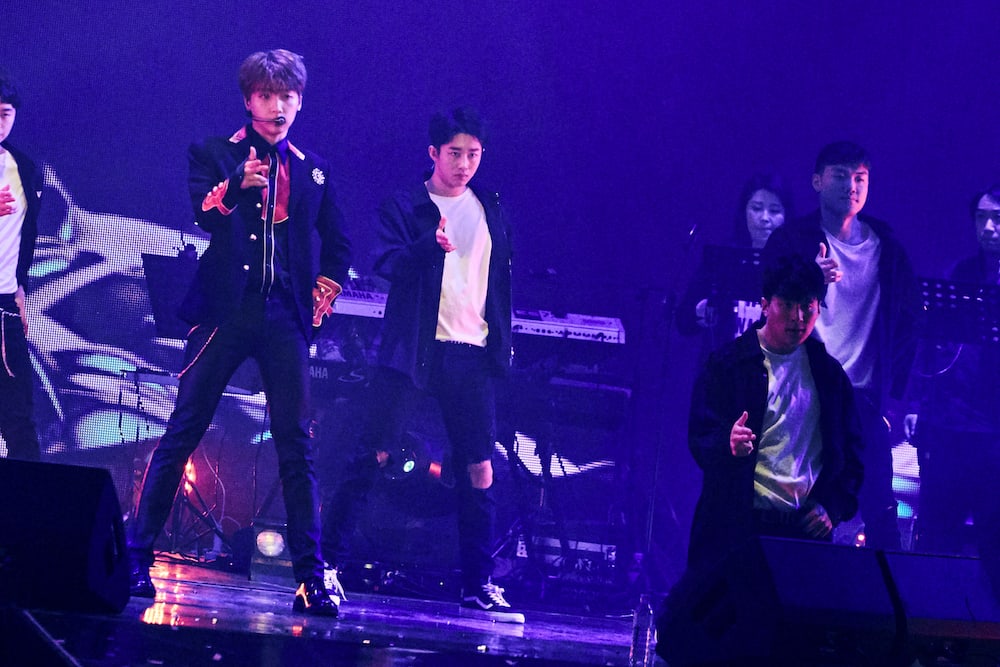 After finishing, Jeong Sewoon shared that he never thought he would cover “Bang Bang Bang.” He revealed that his two older brothers came to first concert and made fun of how he danced to “Bang Bang Bang,” so he switched it up for the final concert. Displaying his love for his fans, he conceded to fans’ requests and covered part of Taemin’s “Move” as a little encore. 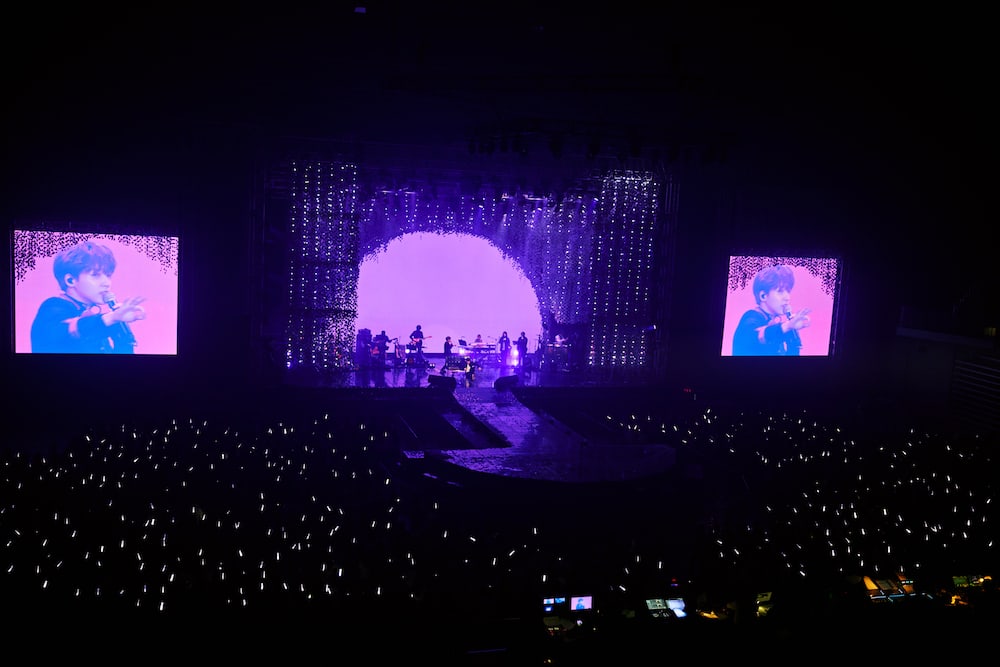 Of course, the singer performed his own hit solo tracks “Just U,” “Baby It’s U,” and other songs off of his albums before ending the night. While singing the final song “Oh My Angel,” Jeong Sewoon went around to each floor to greet all of his fans. 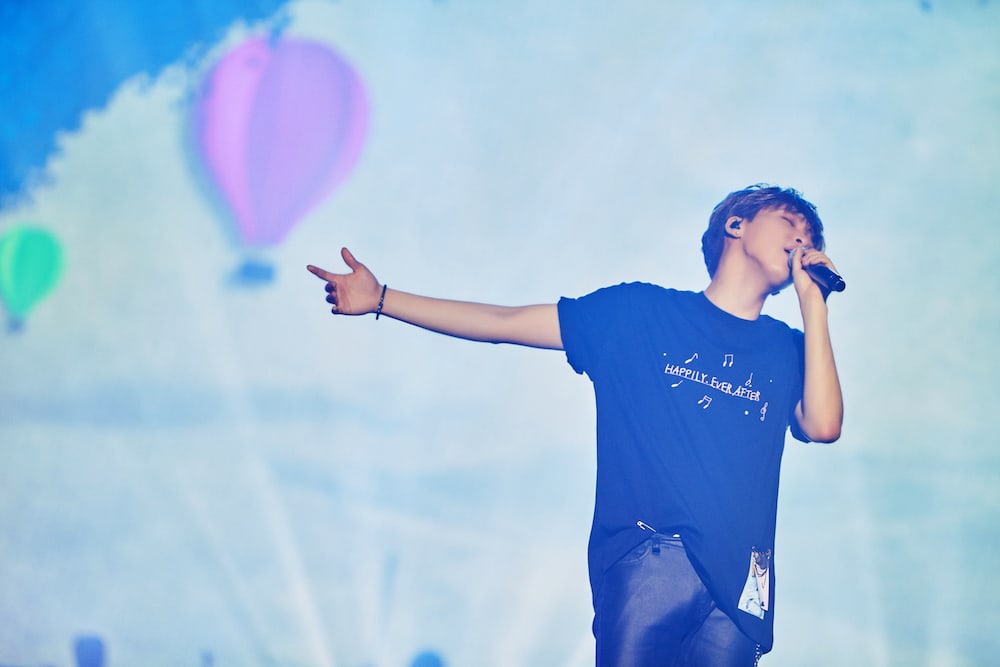 Soompi Exclusive
Jeong Sewoon
How does this article make you feel?