With less than a day left before its premiere, KBS 2TV drama “Suits” has released stills of actors Choi Gwi Hwa and Jang Dong Gun.

“Suits” is a remake of the popular U.S. series and is about a legendary lawyer at Korea’s top law firm who hires a genius without a college degree or law license as his associate.

One of the reasons why “Suits” is being described as one of the most anticipated dramas of 2018 is because of its three-dimensional characters and their unpredictable chemistry.

Choi Kang Suk is a brilliant lawyer who’s talented, skillful, and handsome. He’s got it all and steals the attention of everyone around him. Overwhelmed with jealousy towards his co-worker, Chae Geun Sik is always in a one-sided war with him. 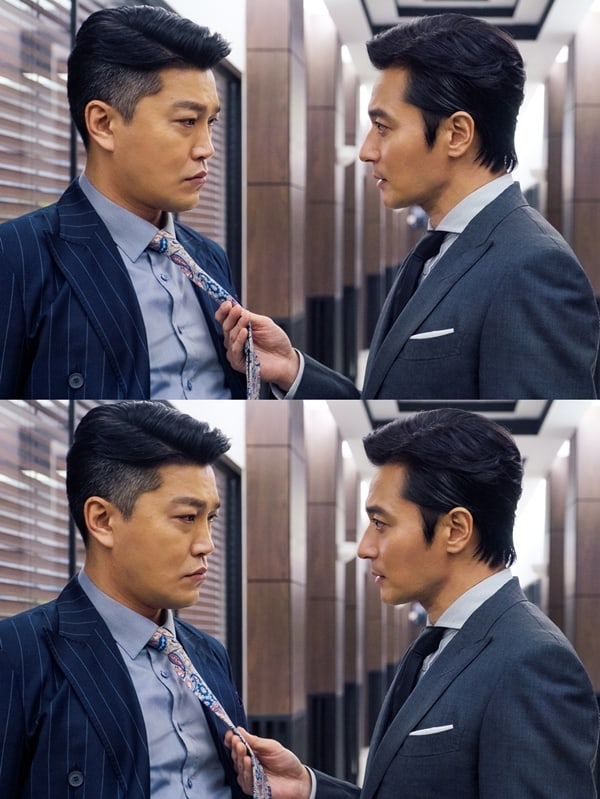 Chae Geun Sik is also a skilled lawyer at their firm Kang & Ham, but is unfortunately always one step behind his nemesis. Even though he always loses, he never gives up and continues to have a “Tom and Jerry”-like dynamic with Choi Kang Suk.

A source from the drama said, “This is the one relationship that you should not forget to see in our drama. Choi Kang Suk and Chae Geun Sik are both characters with different appealing points. At a law firm where various emotions of power, love, and ambition prevail, these two have a ‘Tom and Jerry’-like relationship. ‘Suits’ will be more fun with their chemistry as well as the acting skills of these two actors. We hope you look forward to it and will show a lot of interest.”

“Suits” will premiere on April 25 at 10 p.m. KST. In the meantime, watch the latest teasers here and here!